BERLIN — Cologne forward Anthony Modeste became the latest Bundesliga player to make a statement in solidarity with George Floyd after scoring against Leipzig on Monday.

The French striker scored in the second half and stood briefly with his right palm facing out and his left palm facing in to display the darker skin on the back of his hand.

In a tweet with the hashtag saynotoracism, Cologne said after the game it was "a clear signal" from Modeste. The tweet showed one hand in white and the other in black.

The 32-year-old Modeste is the fifth player in Germany's top division to make a statement following the killing of Floyd, a handcuffed black man who died on May 25 after a white Minneapolis police officer pressed his knee for several minutes on his neck even after he stopped moving and pleaded for air. 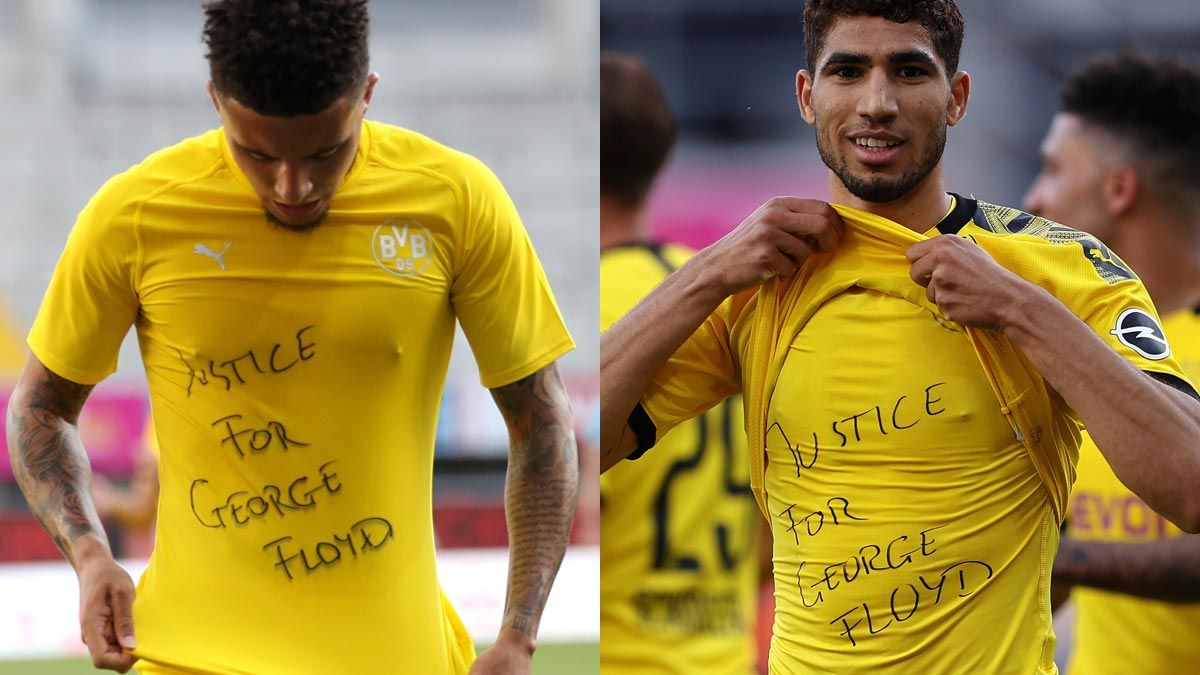 Modeste made the sign after the German soccer federation said it was assessing whether McKennie, Thuram, Sancho and Hakimi had broken soccer rules that prohibit players from displaying "political, religious or personal slogans."

Federation president Fritz Keller praised the four young players for taking a stand and displaying their solidarity with Floyd.

"I can completely understand the actions from the weekend. Nobody can be indifferent to what happened in the United States," Keller said.

Modeste's goal wasn't enough for Cologne, which lost at home to Leipzig 4-2.

It was the first Bundesliga match played in June for 25 years, delayed from its original scheduled date in mid-April due to the league's coronavirus-induced break. 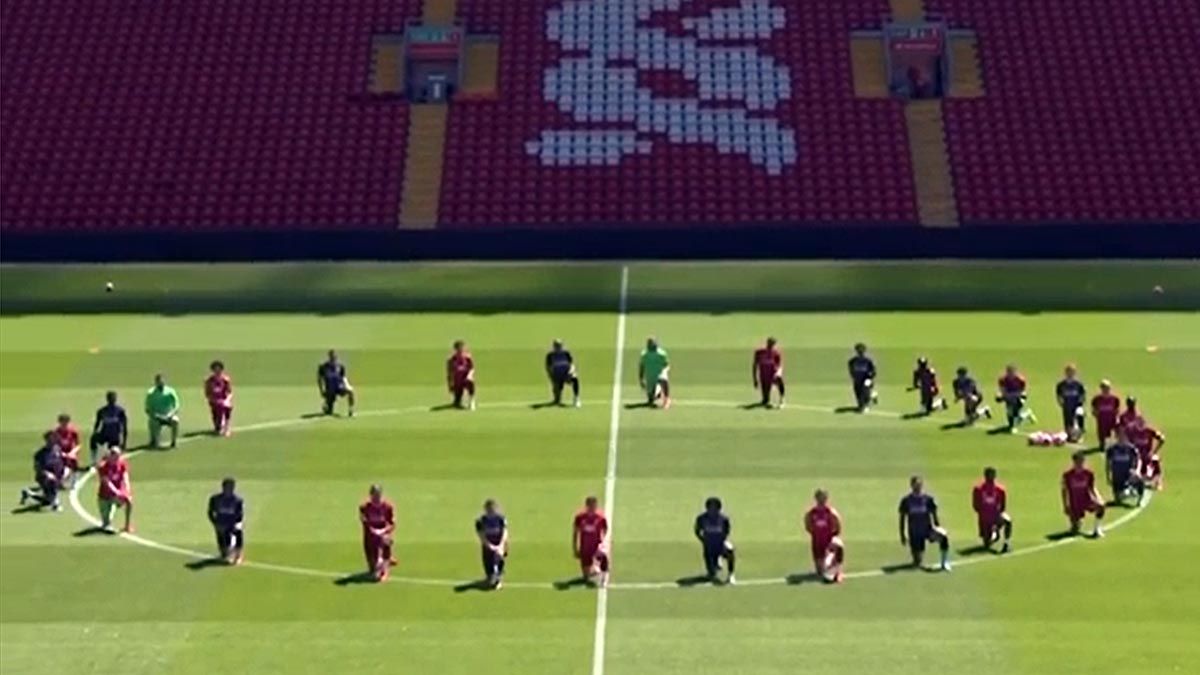 Cologne has claimed just two points from the five games it has played without supporters. Fans are banned from Bundesliga stadiums for the rest of the season to reduce the risk of another virus outbreak. Cologne was supported only by stuffed toys left by loyal fans and team jerseys draped over empty seats.

Leipzig on the other hand has thrived in the absence of away supporters, wracking up nine goals in two away games since the league resumed on May 16.

Jhon Cordoba got Cologne off to a good start in the seventh minute but had to go off with a clearly painful knee injury in the 24th, four minutes after Patrik Schick drew the visitors level.

Goals from Christopher Nkunku and Timo Werner put Leipzig 3-1 up before Modeste pulled one back with a fine strike in the 55th when he made his gesture.

However, Dani Olmo sealed Leipzig's win two minutes later with his first goal for the club since his winter transfer from Dinamo Zagreb.

Leipzig reclaimed third place with five games of the season to go.