THE ability to lift a 225-pound dumbbell overhead with just one hand, the determination to carry a load of metal kegs amounting to 850 lbs. from a squatting position and the grit to pull a double-decker bus with your bare hands on a timed course – all done under the blistering summer heat.

These and similar feats of seemingly superhuman strength were on display in the four-day qualifying event of The World’s Strongest Man, with this year’s edition held in the Philippines for the first time to the delight of Filipino fans in various locations around Metro Manila.

With the airing still scheduled for December, organizers have been tight-lipped as to who’s actually on top of the standings in the competition. But judging from the Pinoy penchant to share everything on social media, the world has seen who the top contenders are: four-time champions Brian Shaw of the US and Lithuania’s ‘Big Z’ Savickas, both seeking a fifth title; and Iceland’s Thor Bjornsson, the crowd favorite popularly known for his role as Gregor Clegane aka ‘The Mountain’ in the hit series Game of Thrones.

The action began last April 28 at the Rizal Park with the Load and Carry challenge with the Rizal Monument serving as a backdrop. For a truly Filipino flavor, the Circle of Strength required participants to lift a 300kg tricycle as far as they could in a 360-degree arc.

Day 2 brought the strongmen to the Coconut Palace in the PICC grounds where they battled to be the best with the Kettlebell Toss followed afterwards by the Squat Lift and the Deadlift, with a starting load of 640 lbs. that gradually finishes with a weight of 850 lbs. on the seventh attempt! The trials are made more difficult by the intense heat and humidity in Manila. 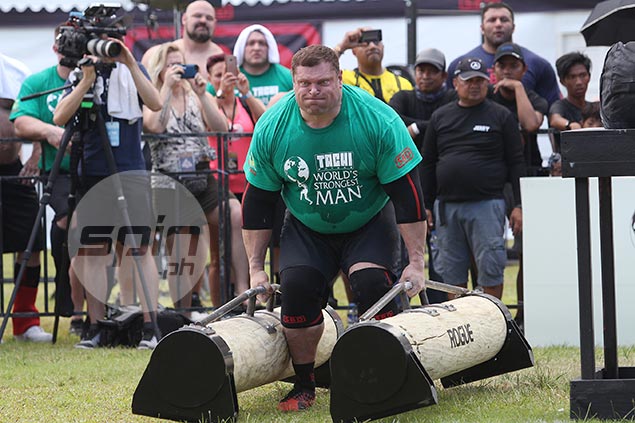 It’s not difficult to spot the WSM competitors, most of whom stand above six feet and weigh in at 400 lbs. Despite their intimidating size, the majority are friendly and have no problem in posing for selfies.

The third installment of The World’s Strongest Man was held at the Quirino Grandstand that required each man to pull two jeepneys in the Arm Over Arm. As if this was not enough, the Bus Pull saw competitors pulling a double-decker bus in a timed 30-feet course.

On Tuesday, the event gathered the biggest crowd so far at High Street in Bonifacio Global City where the strongmen labored to lift massive logs and 250 lbs. dumbbells in the Overhead Press and struggle mightily to heave Atlas Stones on pillars like the legendary Titans of Antiquity. 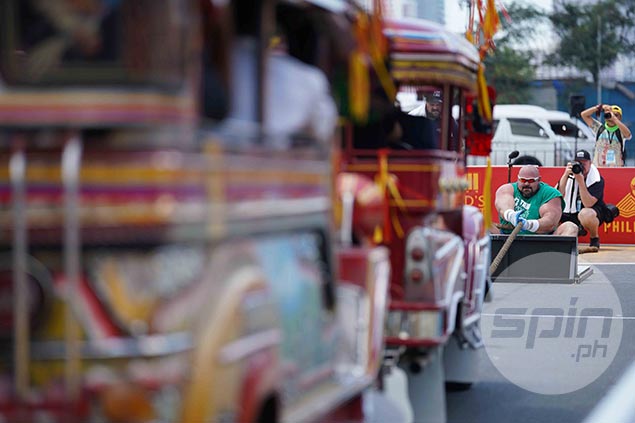 Colin Bryce, WSM tournament director, expects an exciting outcome this year because of the current lineup.

“It’s probably the greatest lineup of all time. The athletes have never been bigger and stronger… I would say the average height of the finalist is going to be around 6-foot-6 to 6-foot-7 and somewhere about a full 400 pounds in body weight,” he said.

Eddie Hall, the reigning champ who retired last year after winning the WSM crown, also assisted the Department of Tourism in its efforts to market the Philippines as a sports tourism destination, travelling with the WSM crew to Coron in Palawan, Davao City, Corregidor and Las Casas de Acuzar in Bataan to shoot promotional videos that will form part of the WSM program.

“We want the world to see the Philippines is ready for any international event. We have beautiful islands and very friendly people,” DOT Secretary Wanda Tulfo-Teo said. 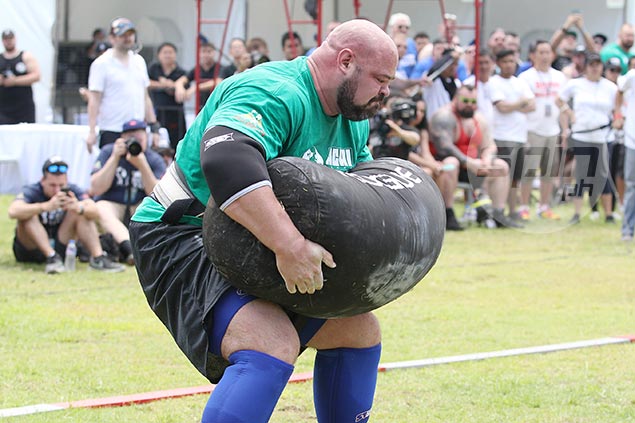 The competition will be broadcasted internationally this coming December over CBS Sports and Channel 5 in the United Kingdom.

Check out some of the highlights from the four-day festival of superhuman strength: 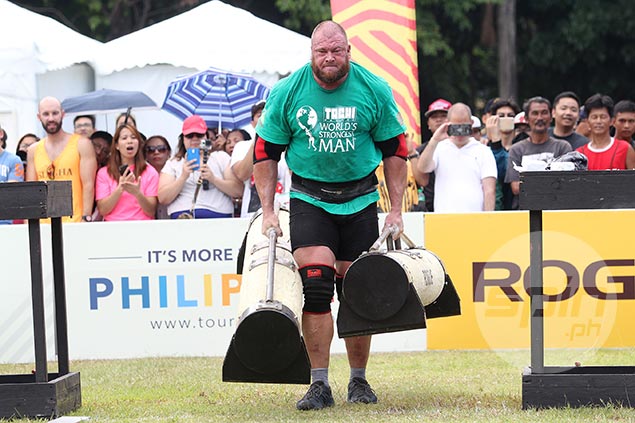 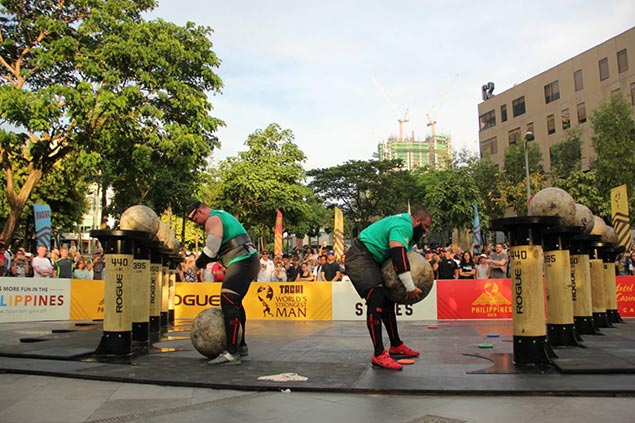 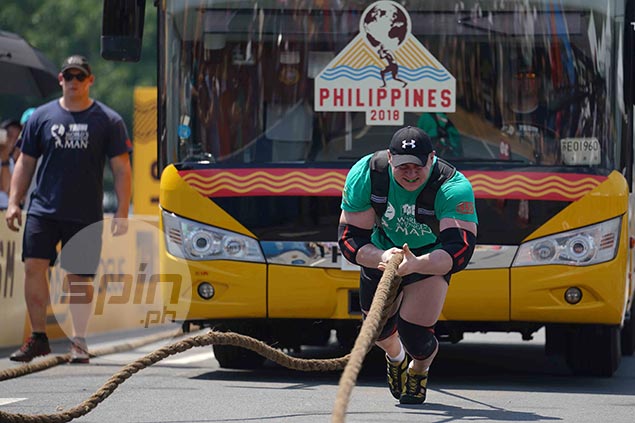