THE CONTROVERSIAL match between Nexplay EVOS and Omega Esports has led some fans to speculate that Omega Esports intentionally lost that series in order to capitalize on an OHEB-less Blacklist International.

Even Setsuna “Akosi Dogie” Ignacio shared the same sentiments in his vlog, “SANFORD IN.”

In response to these assumptions, Omega superstar, Billy “Z4pnu” Alfonso, expressed his side of the story in his vlog, entitled “WALA KAMING PLANO”.

The controversial match between Nexplay EVOS and Omega Esports from last Sunday became the talk of the Mobile Legends community as the league investigated the two teams, ultimately meting out a hefty $3,000 (around P150,000) fine and a serious warning for both squads. Individual players were also issued warnings and banned from individual league awards, while Dogie himself was hit with a $500 penalty. 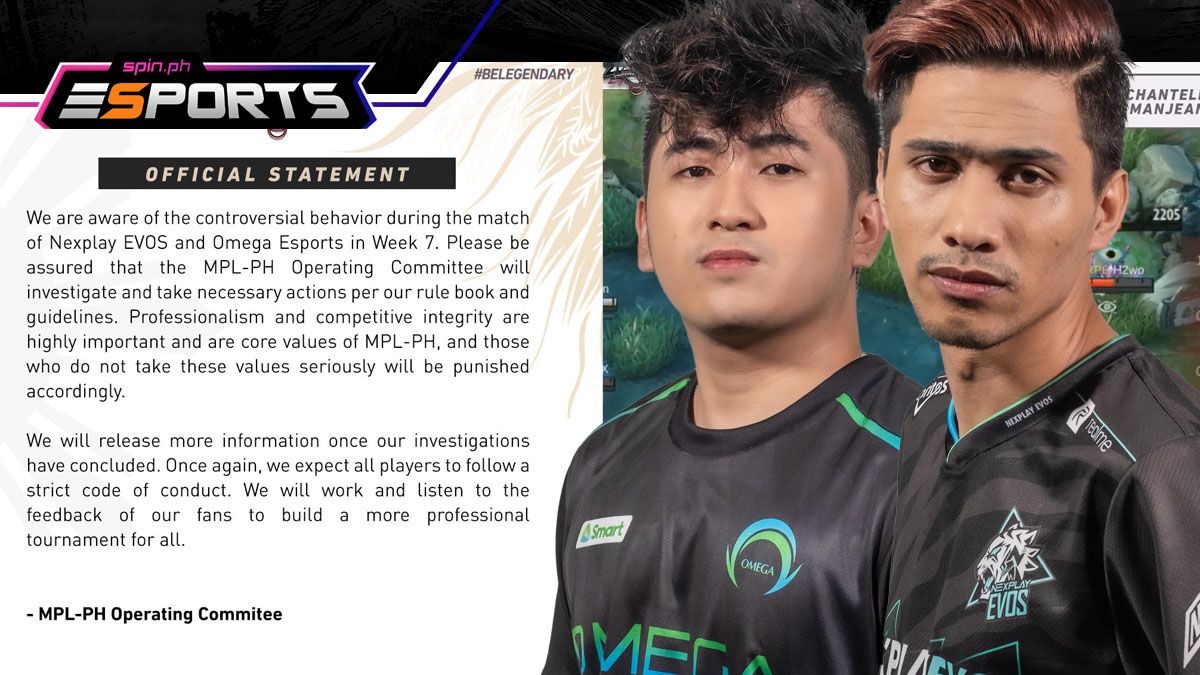 Besides talking about his thoughts on Dogie’s vlog, he touched on what happened during their battle with Nexplay EVOS.

However, he only ended up disappointed.

During the post-match interview following the faceoff, Dogie had mentioned that Z4pnu ran away in Game 3. Z4pnu addressed this accusation in the vlog.

By the end of the video, Alfonso encouraged the community to promote a healthier environment.