COLUMN: Team Pacquiao GG is a promising concept, except...

He acquired the biggest names in the local gaming industry, the ones who have already established themselves with their massive following, which could further boost Team Pacquiao’s following.

He even made a surprising turn by forming a partnership with Veloce Esports, an organization renowned in the international scene for its role in e-racing.

His latest venture seems to be gearing towards the long-term. With a content creation team combined with Veloce Esports’ experience with merchandise sales, added with the prestige of the pound-for-pound champion fighter's brand, Pacquiao might be able to generate the resources needed to make his mark in the esports scene.

This could definitely benefit the local esports scene. With such a household name, maybe the issues that his team mentioned in the event launch could finally be solved.

With a name like Pacquiao backing esports, gone would be the days when parents look down on esports.

Though the concept looks ideal, there are still concerns that need to be addressed. 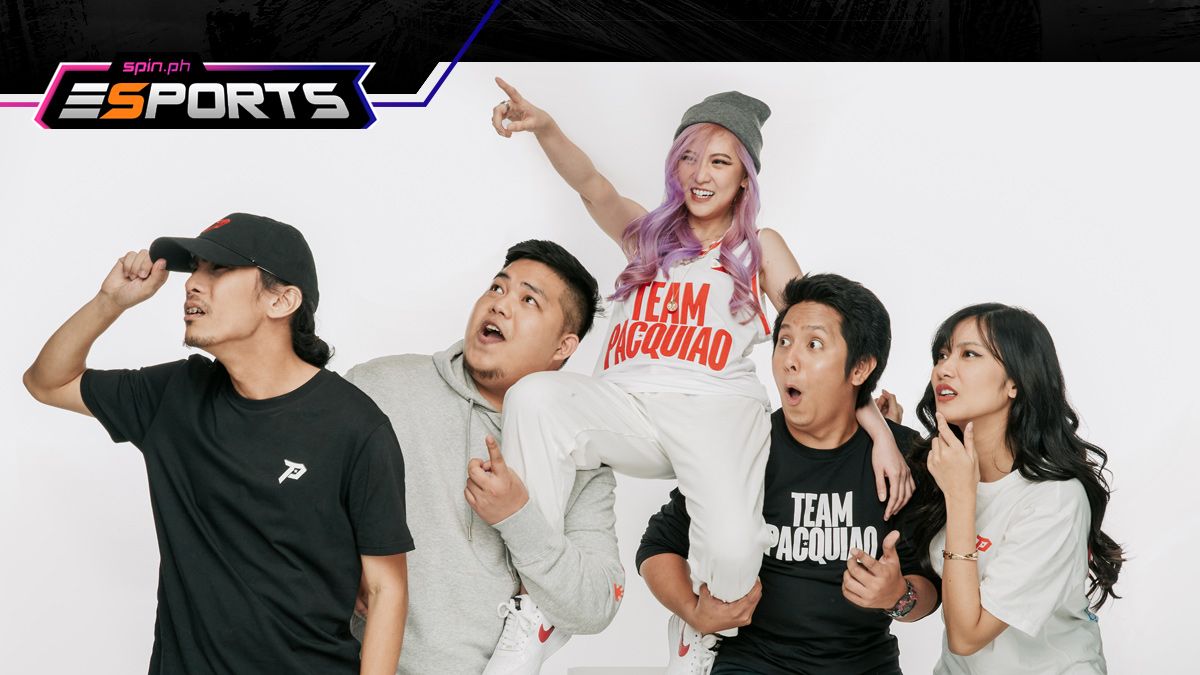 I will never forget that episode in HBO’s boxing documentary series 24/7, when Pacquiao had heated arguments with his coach, Freddie Roach.

Roach was annoyed that Manny had to constantly shuttle back-and-forth between his political duties and his training. The Pride of Gen San knew he had an upcoming battle inside the ring, yet cut short his training time for the sake of his budding political career.

It seems this project is bound to suffer the same fate.

He is already running for president in the 2022 national elections. According to the timeline released by his esports organization, Pacquiao.gg is planning to field their first competitive teams in the second quarter of 2022.

This concerns me. For one, he is a presidential candidate who needs to kick his campaign into high gear as the elections draw near, and he is also the chief executive officer of this esports organization.

As we've seen, multitasking has caused conflicts in his career. For example, when fights pop up, his attendance in the legislative chambers becomes spotty. And remember, he even retired from boxing to focus on his political career.

Which begs the question: Why step into esports, at this time, in the first place?

What is the role of Michael Pacquiao?

During the press conference, Pacquiao said his son, rising music star and Valorant enthusiast Michael, "will also be one of my coaches in this esports team."

Now, technically anyone can be an esports coach, since it’s not as strict as football which requires coaching badges or licenses from UEFA or the AFC. But we wonder, what are his qualifications for the position?

Does he have the in-depth knowledge or the strong interpersonal skills needed to become a coach?

Beyond Pacquiao's brief remark in the press conference, we have no official word on what, exactly, Michael Pacquiao's exact role in the organization will be. Valorant coach? Manny's personal coach? Or perhaps even content creator coach, as Michael's been focused on his music career?

But if esports coach is indeed what awaits Michael Pacquiao inside the organization, then we hope he'll put in the work to be able to stand with his peers.

Tackling the issues on gender in esports

When Een Mercado was announced to be involved in the female empowerment initiatives, I was hoping she could inspire... or better yet revolutionize the industry, which, as incidents in the past have shown, continues to be a thorny issue within the industry.

And she definitely needs a strong support from an organization as big as Pacquiao.gg, given the complexities of this problem.

Organizations have tried to break the usual stereotypes and... failed. Just look at SGD.Omega: when they tried to integrate Nina into their MPL roster, she ended up relegated to the female division.

And most of the time, women in esports are viewed as just eye-candy attraction who would only end up streaming or hosting events... or worse, end up being sexual harassment victims.

Solving this issue will definitely require a lot of introspection and the organization will have to do something revolutionary if they wish to succeed ⁠— which leads us to the next point... one of the most talked-about concerns in the esports industry regarding yesterday's announcement.

Namely: Is Pacquiao the right role model for esports athletes?

When it comes to the athlete side of the equation, no question. Pacquiao's discipline, resilience, and skill have been, and continue to be, an inspiration in sports, and will be his enduring legacy.

But if Team Pacquiao GG wants to present itself as a leading light in empowerment, statements made by its CEO in the past regarding the LGBTQ+ community might prove problematic.

Pacquiao, of course, has downplayed his own comments that called the LGBTQ+ community "worse than animals", often saying his statements were taken out of context. As recently as this year, when vlogger and host Toni Gonzaga asked him about his words from 2016, he said, "Ang sinasabi ko palagi na hindi ko kino-condemn yung mga gay, mga LGBT. [...] As a person, hindi ibig sabihin na galit sa kanya, kinokondena mo siya, dapat nga, who am I to judge a person, diba?"

But it's a statement that casts a long shadow. And in an industry that is already grappling with similar issues, and organizations like Tier One, Gariath, and Mineski already doing everything in their power to further LGBT awareness and sensitivity within the esports community, Pacquiao's words from 2016 will continue to echo... and perhaps even weaken the venture's reputation.

Perhaps Team Pacquiao GG will end up surprising everyone. For the sake of the industry, we hope Pacquiao can prove himself with this new venture. Surrounded by a talented set of individuals and backed by an international partner with a proven track record, all that remains for us is to put his execution under a microscope.

And keep our fingers crossed.