Behind Valorant's explosive growth in the Philippines

NOT LONG after Valorant celebrated its one year anniversary, Bren Esports — consistently the title's strongest team in the country — became the kings of Southeast Asia, and punched their tickets for the Valorant Masters series in Berlin on September.

They took down Singaporean rivals Paper Rex, 3-0, in a decisive finals at the Valorant Champions Tour SEA Challengers Stage 3.

It was a statement victory for a country where the first-person shooter has grown by leaps and bounds since it was launched last year.

It’s no question that Valorant is a popular esports title. The game reaches more than a hundred thousand viewers on Twitch, and thousands more on Facebook and YouTube.

And unlike other PC esports titles such as Counter-Strike: Global Offensive, Apex Legends, Overwatch, and even Call of Duty (or its battle royale variant Warzone), Valorant has latched onto the Filipino gamer psyche.

“The gaming community has been very vocal about their love for Valorant since it launched in the Philippines — it was new and free for everyone to play," said Frances Arreglado, social media manager at the Philippine Pro Gaming League, a multi-esport league, co-owned by both Mineski and Globe, that has the official rights to broadcast English streams of Valorant competitions in the country.

"With all the momentum it carried and the high demand, we at Mineski only had to provide them a channel for them to experience it and give everyone a chance to feel like a pro."

A lot of that hype has centered on the sport's winning-est team. To help us understand the growth of Valorant, we talked with three stalwarts of the Bren Esports Valorant squad: Jessie “JessieVash” Cuyco, Jayvee “Dubstep” Paguirigan, as well as Coach Gibo Sales. These three have long-ranging experience across many different esports (including CS:GO and Overwatch), and their insights helped us understand how Valorant became the go-to FPS in the country. 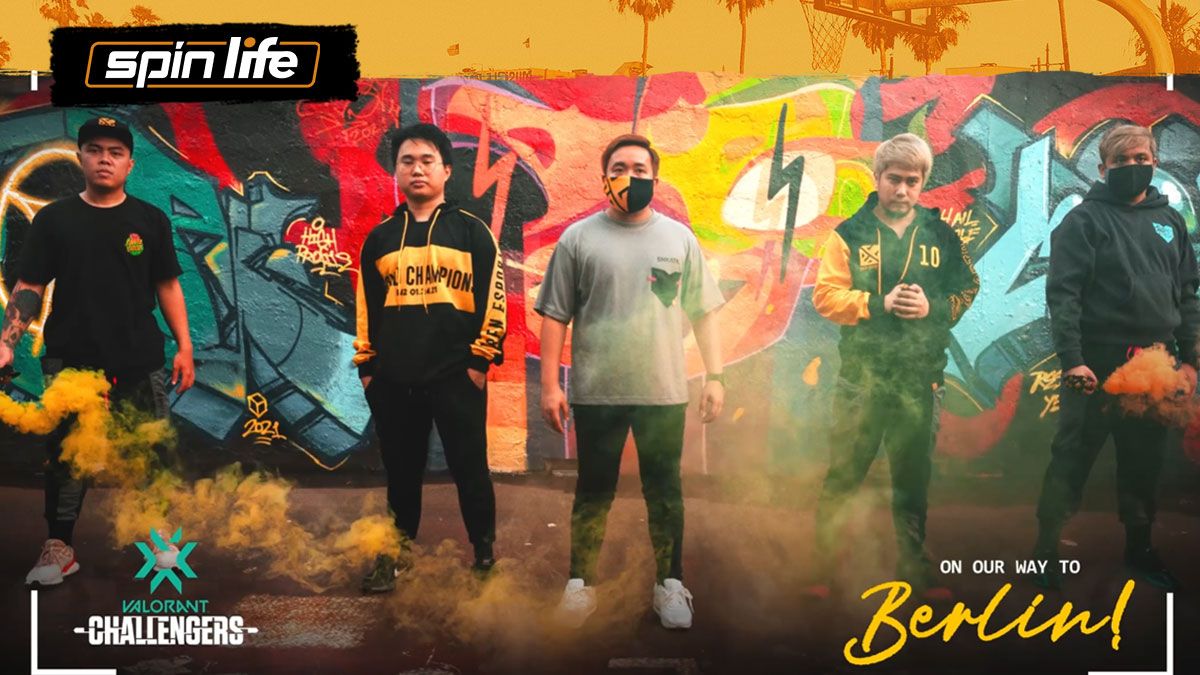 It's free to play

Perhaps the most compelling reason why Filipinos have gotten into Valorant is because it is completely free to play. In an era where many FPSs have been blocked by paywalls, Riot Games chose to replicate their League of Legends model with Valorant.

Dubstep came from the CS:GO scene, and he saw firsthand how that game's paywalls limited the game from living up to its namesake and going truly global, at least in our corner of the world.

Valorant, in contrast, is available to all and agents can be unlocked either by grinding out their mission cards or by outright buying them. Additionally, in-game purchases are just limited to the battle pass and gun cosmetics, removing any sort of pay-to-win mechanic.

Aside from the free-to-play aspect of the game, Valorant is also very forgiving to run on most PCs. The game’s recommended hardware requirements are just 4GB of RAM, 1GB of VRAM, an Intel Core i3-4150 or equivalent CPU, and an Nvidia GT730 or equivalent graphics. Now, these are components that were launched way back in 2014. Most modern laptops and desktops come with specs that easily clear these minimum requirements.

But even if most Filipino still rely on either older generation desktops and laptops, Valorant can still run on them. It may not have the most fps output, nor the most eye-catching graphics, but at the end of the day, you can still have fun clicking heads.

It released at exactly the right time

Even before Valorant had entered closed beta, Coach Gibo was already eyeing it.

Valorant, as it turned out, released at exactly the right time. The shooter entered its first closed public beta testing in April last year, right when the onset of the pandemic forced most of the world to go into lockdown.

The June 2 launch date was also significant for Filipinos, who at that time were still under Enhanced Community Quarantine. Everyone was still mostly stuck at home, and many curious gamers had the opportunity to try out the game.

Additionally, the pandemic forced many to buy new hardware to help in their work from home situation, as well as online classes. The timing, then, could not have been better for Riot Games as many were able to try out Valorant on their new devices.

2020 was also the year when game streaming boomed. Stuck at home, game streamers became a popular form of alternative entertainment for Pinoys, who got exposed to the Valorant as these streamers tried the game out.

The Philippines may be a MOBA hotbed, but Filipinos are also known for their love of FPS games. As we mentioned, Counter-Strike Ver. 1.4 was a mainstay in many computer shops and drew in players of different ages. Released way back in 2002, CS 1.4 became the most popular shooter for more than a decade.

Other shooters such as Special Forces and CrossFire would briefly flare up in the scene, but it was still Counter-Strike that remained the FPS king. Unfortunately, its sequel was unable to replicate the original's success. When CS:GO was launched back in 2012, its paid service model meant that many Pinoy CS fans didn't even bother checking it out. (Valve finally shifted GO to a free-to-play model in December of 2018.)

Plus, Valorant brought a hero-based take on the popular shooter formula. This wasn't unique to the game; Blizzard's Overwatch had popularized the hero shooter concept and turned it into a global esport on its own. But if many Filipinos weren't able to try out Overwatch (again, because it was paid), Valorant's agents reminded them of something a bit more familiar: MOBAs. 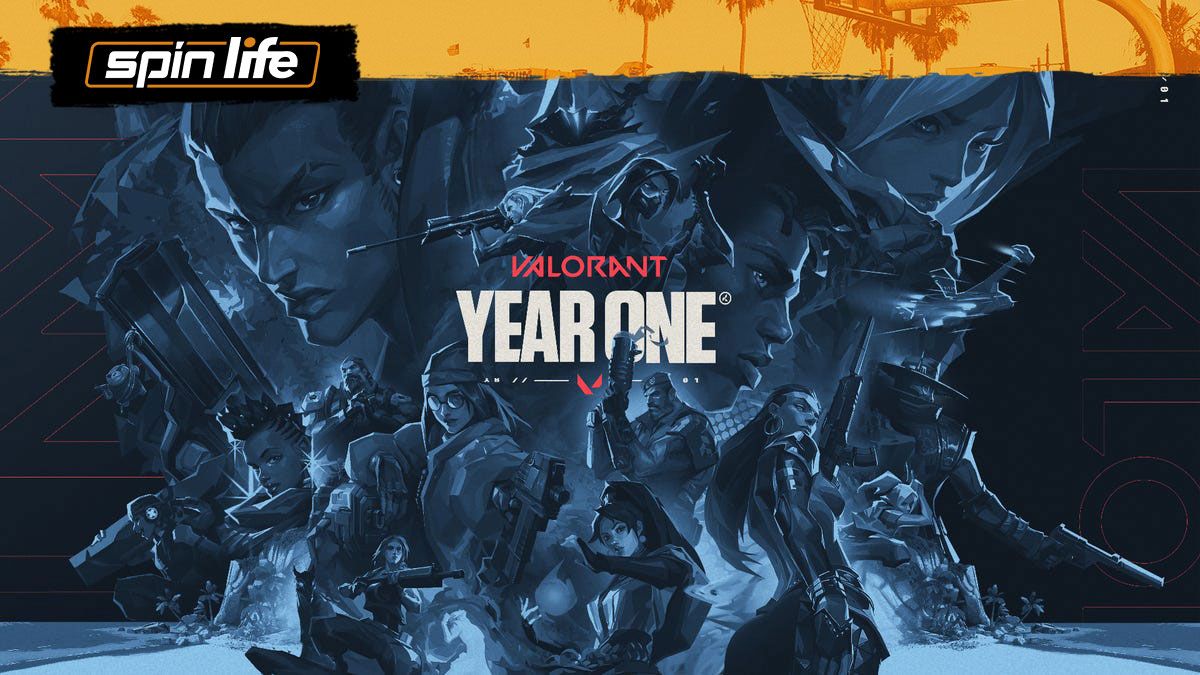 Controversies added to the hype

Valorant, like most games, isn’t immune to controversies. The launch itself was full of them, including the apprehension to its anti-cheat system “Riot Vanguard”, which is consistently running on the background of your computer, even if you've already exited the game.

Many were afraid that the anti-cheat system was too invasive to their PCs, but thankfully Riot was able to clear the issue.

Riot Vanguard was able to catch cheaters early on, but they still found a way to overcome the anti-cheat system. As cheaters slowly crept into the game, Valorant streamers and pro players have found themselves caught in the crossfire as cheating allegations constantly flare up here and there.

Still, despite the countless issues, the game survived, with many more players itching to try it out after each issue. As they say, any publicity is good publicity.

A chance to showcase yourself

One of the driving forces for Valorant’s continued success may be the esports dreams of many Filipinos. In 2020, Mineski Philippines was tapped as a partner of Riot Games to roll out official Valorant esports tournaments in the region. The current Valorant Challengers system gives Filipino teams a chance to represent the country in the Challengers SEA Finals against some of the best Valorant teams in Asia.

Bren, of course, is the perfect example of that.

"From a national perspective, Bren has been very consistent since VCT Stage 1,” commented Arreglado. "Time and again, they have proven their worth as among the best in the country and even the region."

She continued, “Both as individuals and as a team, they’ve shown impressive skills and a complementary dynamic that has paid off well for them today. We’re excited to see what they’re able to accomplish next in the upcoming international VCT Masters Stage 3."

But Valorant esports is still in its infancy, and beyond Bren, many Filipino still have a chance to showcase their skills as they grind it out to be among the Radiant Players in the region. And let's face it: It's still a wild west out there, with many players and teams now hungry to take on the top guns. 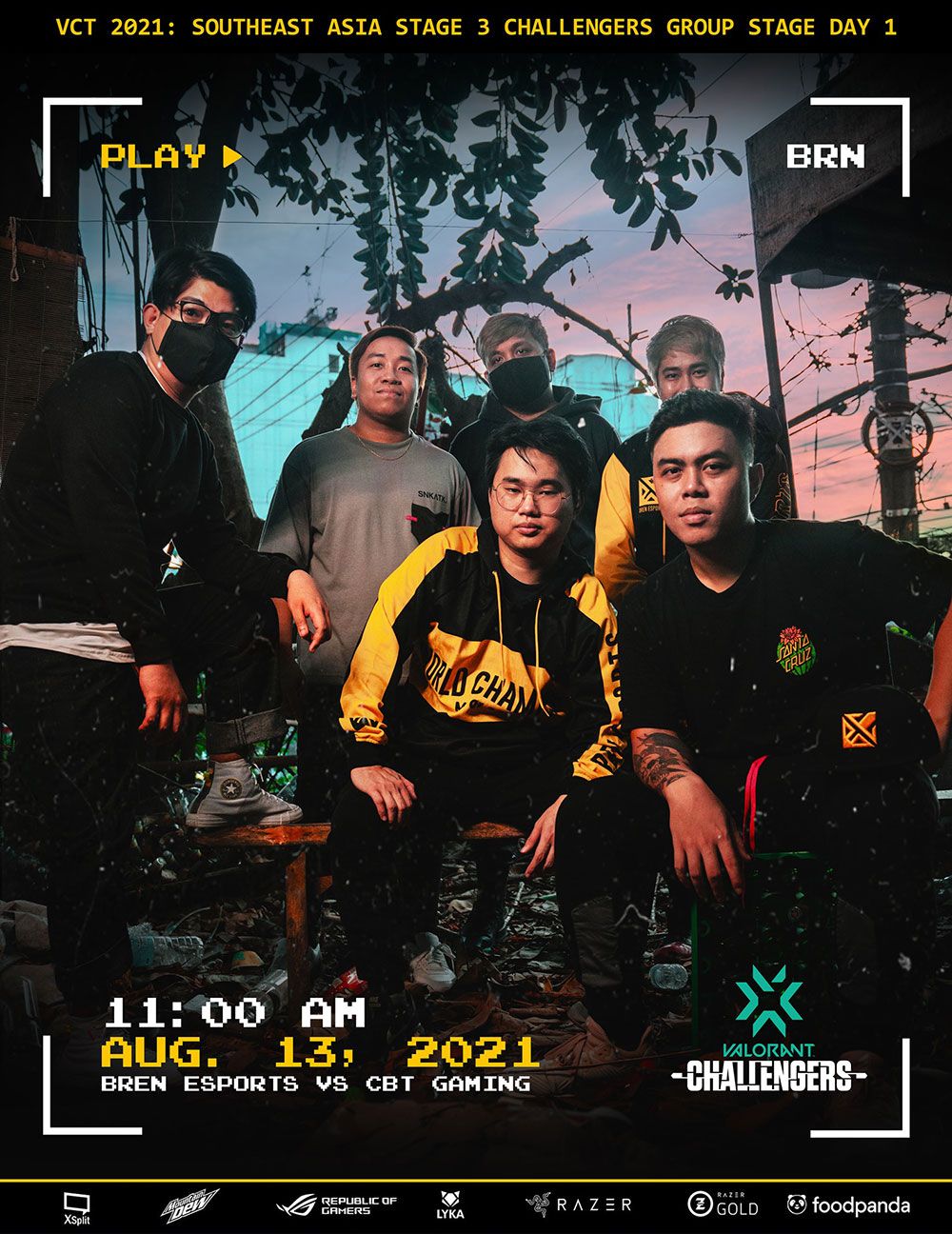 Above all else, Valorant is just a fun game. The game combines the strategies of a tactical shooter and adds the fun of a hero shooter, and the developers have done that in a way that achieves a balance of replayability and a high skill ceiling.

There are countless ways you can play the Agents, as well as the possibility of cultivating a main rather than a variety. Valorant can be played in different ways and fits whatever playstyle you have.

Ultimately, the game's fun nature and the opportunity to play with friends are what make Pinoys and other gamers keep coming back to it.