THE PHILIPPINES has had a long history with the granddaddy of all multiplayer online battle arena games. With Filipinos falling in love with the game since its WarCraft III and DotA Allstars days, the popularity easily carried on over to Dota 2.

With a good foundation built thanks to the high playerbase, the Filipino Dota 2 esports scene was destined for greatness. In 2022, Dota's popularity may have been eclipsed by other titles, but its impact in local esports cannot be denied. So let's take a trip down memory lane and look at some of the most iconic moments in the Pinoy Dota scene.

Arguably the most iconic moment in the Filipino Dota scene is actually a play by Fnatic in ESL One Katowice 2018 that was immortalized by the legendary casting duo of Lon "Marlon" Marcelo and Aldrin "Dunoo" Pangan.

The play in itself was actually pretty epic with Secret and Fnatic in a tight base race. But a teleport behind enemy lines by Abed "Abed" Yusop was made even better by the casting calls of the explosive duo. The ‘Lakad Matatag’ lines were born, and have been part of the yearly Battle Passes in the Epic Caster Pack ever since. OG famously used it as their battle cry and go-to chatline during their TI Championship runs a few years back.

The Miracle of TI6 and the Pinoy Huskar

Carlo "Kuku" Palad is a legend in Philippine esports because of his run with TNC in the 2006 version of the International. Against superstar midlaner Amer ‘Miracle’ and the rest of the favored OG squad, Kuku and TNC showed off the Filipino fighting spirit.

With a surprise Huskar pick in the midlane backed up by Drow Ranger’s aura, TNC made every Pinoy Dota fan shout with glee as they did the nigh impossible. While Kuku doesn’t play Huskar anymore, he is still synonymous with the hero many years later.

The Mineski DAC squad in 2018 actually only had one Filipino player in Michael "ninjaboogie" Ross Jr. in this LAN winning squad. But we can’t take away the fact that this is the first time a Philippine-based organization took an International LAN that was part of the Valve Dota Pro Circuit.

As the main support and shotcaller for the Mineski squad, Ninjaboogie was crucial in the miracle run to the championship in DAC against a Wang "Ame" Chunyu-led LGD squad on their home turf in Shanghai.

Fact: Kuku is one of the greats of Filipino Dota 2. Despite this year’s woes in TI11, the achievements of the mid-laner turned offlaner cannot be denied. While he had his Pinoy Huskar moment in TI6, his achievements in TI last year also deserve more of the spotlight.

Alongside Karl "Karl" Baldovino, T1 dominated Division 1 Season 2 of the SEA League of the DPC taking the top spot. Creative drafts and the Filipino Dota magic was alive and well in 2021, thanks to the boys of T1. 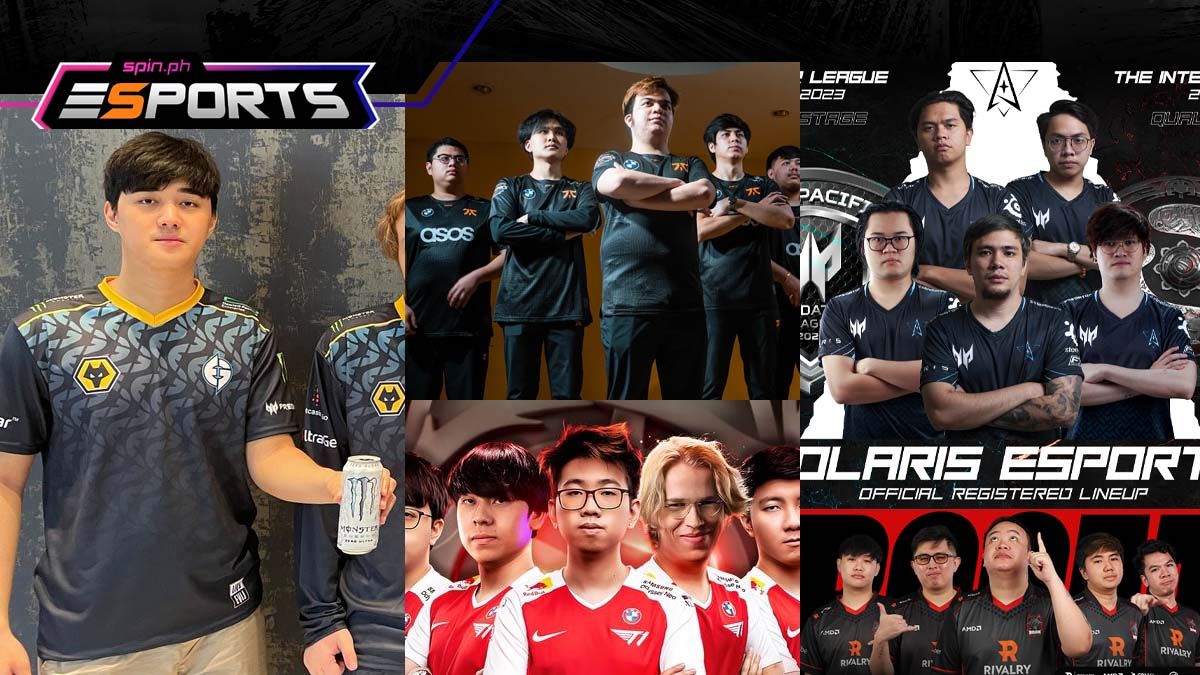 Sending a Filipino squad to The International was simply just a pipe dream until Mineski sent its Jessie "JessieVash" Cuyco and Julz "Julz" De Leon lead squad to Cologne for the tournament’s first ever iteration.

While Mineski finished a forgettable 9th-12th in the tournament it was still a catalyst for esports growth in the country. Today, more than a decade later, the Philippines will have eight players participating in the world championship of Dota 2.

No matter what the results, Abed, Armel, DJ, Jaunuel, Raven, skem, TIMS, and Yopaj will be millions of pesos richer.