‘You talk too much for a girl’: TNC Predator fines Dota 2 pro Gabbi for ‘sexist remarks’

On the match’s “all chat” function, the 22-year-old member of TNC Predator reportedly sent messages to Hishiko, saying “u talk too much for a girl” and “do u have period right now.” These messages followed heated exchanges between Hishiko and another player on the chat. 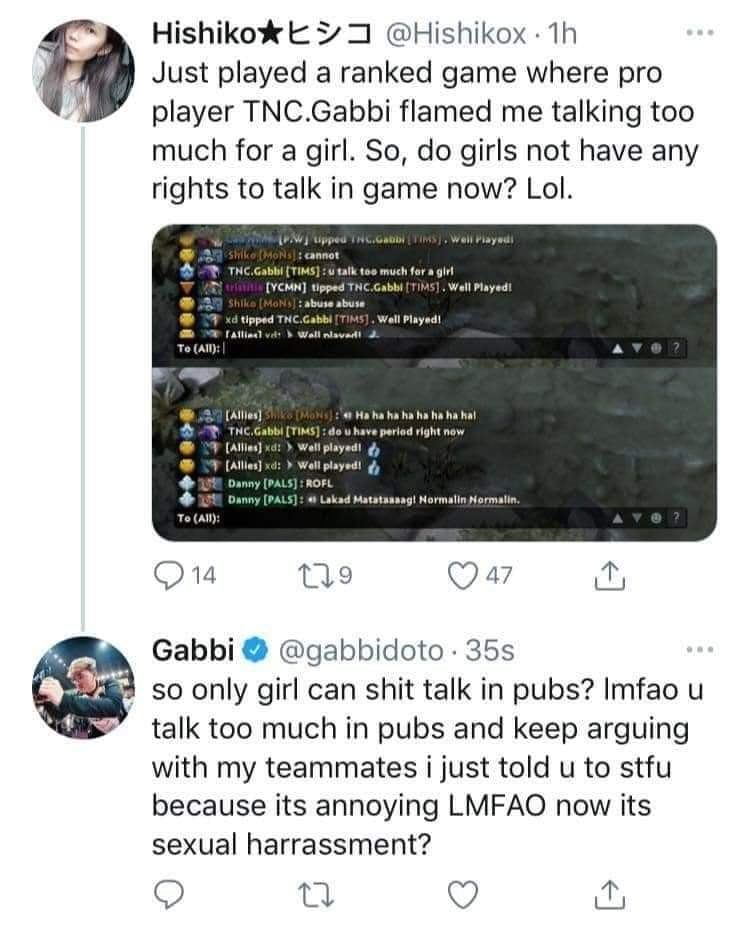 In a now-deleted tweet, Hishiko posted screenshots of the chat, and asked, “So, do girls not have any rights to talk in game now? Lol.”

In more deleted tweets, both Gabbi and Hishiko tried to hash it out on Twitter. 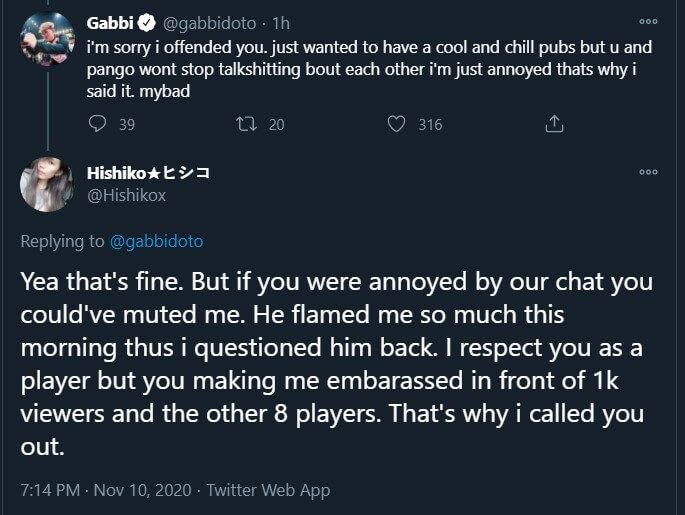 “i’m sorry I offended you. just wanted to have a cool and chill pubs but u and pango [the other player] wont stop talkshitting bout each other i’m just annoyed thats why i said it. mybad,” wrote Gabbi.

As of this morning, this exchange was no longer present in either’s timelines. Gabbi, however, has posted this two-part apology.

“In one of my ranked games yesterday, I displayed wrong behavior towards one player in the opposing team. I made sexist remarks, which I now understand are totally not acceptable. Regardless of the situation, no one should display toxic behavior inside and outside the game,” he said.

Gabbi’s team took action shortly after, hitting him with a fine of an undisclosed amount.

“As a professional player, he has the responsibility to be a role model to his audience, especially to the Dota 2 community,” said TNC Predator in a statement.