FROM nowhere, they came to conquer.

Team Spirit has completed their Cinderella run, winning The International 10 after beating tournament favorites PSG.LGD, 3-2, in the Grand Finals. 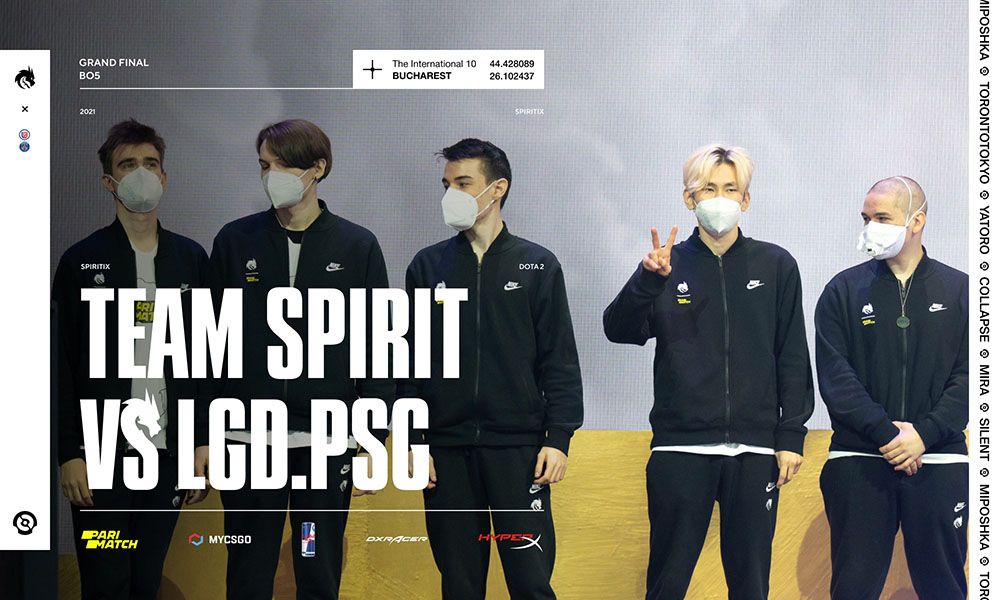 Team Spirit was the tournament's underdogs. They finished the DPC at the 14th spot with 585 points and needed to go through the tough Eastern European qualifier. They faced a tough Day One at the group stage, sinking to the bottom of Group B with 0-2 before splitting their matches in Day 2 with a 1-0-3 record.

It would all change on Day 3 when they swept Quincy Crew and Fnatic. They ended their group stage run with sweeps of Beastcoast and SG Esports on day 4 to earn their spot in the upper bracket.

The upper bracket saw them face China’s Invictus Gaming, and take Game 1 against the Singapore Major champions. But it would be the Chinese who continued their upper bracket run, booting Team Spirit to the lower bracket in a fight for survival.

Facing Team Secret at the lower bracket finals, the squad’s run looked like it would breathe its last when they lost the first game. But it was the team’s great team fighting that brought them back in Game 2, before finally decoding Europe’s best squad in game 3 to earn their spot in the grand finals.

Team Spirit at the TI10 Finals

Awaiting Team Spirit in the finals were Chinese squad PSG. LGD, the favorite to win the tournament.

Game 1 and 2 when convincingly to the CIS squad, with their offlane Collapse grabbing great initiations on his Magnus in game 2. Carry Yatoro also leaps and bounds against his Chinese counterpart, earning himself an 8/0/3 KDA on Naga Siren in Game 1, and 13/2/7 on Luna in Game 2.

PSG.LGD would strike back in Game 3, with mid laner NothingToSay grabbing his famous Tinker while carry Ame securing his Spectre. They would end the game with 14/1/15 and 15/1/25 KDAs, respectively.

Game 4 was a quick one for PSG.LGD snowballing an early lead to end the match at 25-minutes. Ame had 6/0/9 on his Luna while offlaner Faith_bian showcased his Magnus by grabbing some great Horn Toss Skewer back combos on Team Spirit’s heroes.

The decider saw both squads falling back on their comfort picks of the tournament. Team Spirit once again grabbed the Magnus and Bane with an Ember Spirit, Winter Wyvern, and Terrorblade to round their draft. PSG.LGD managed to get their hands on the meta’s strongest combo, the Tiny with an Aghanims Lycan, and paired it with a Kunkka mid and Enchantress and Skywrath Mage for supports.

In the end, it was the Russian squad that denied China the Aegis. Team Spirit once again showcased great team fighting with Collapse grabbing and skewering back LGD’s supports and cores. They also denied PSG.LGD pick-off opportunities maneuvering around ganks to delay the Chinese’s item timing.

The lack of damage and items was ultimately too much from the Chinese side, who loss their tier four towers 32-minutes into the game. The Chinese would call GG a few minutes later after their Carry Tiny was picked off without buyback trying to contest Team Spirit’s Roshan fight.

With the win, Team Spirit becomes only the second Eastern European squad to lift the Aegis, with Navi being the first after beating another Chinese Squad EHome in the first International in 2011.

For PSG.LGD, this is the squad's second TI heartbreak after falling against underdogs OG in TI8. Despite the loss, PSG.LGD will still take home $5,202,400 or more than P263 million.