by Joseph Asuncion for One Esports
3 days ago

AT THE M2 World Championship last month, the team’s hardened veterans Pheww, Ribo, and Lusty all did their part in securing the title. But it was the unrivaled strength of Bren’s young stars, David Charles “FlapTzy” Canon and Karl Gabriel “KarlTzy” Nepomuceno that captured the world’s attention.

After the tournament, ONE Esports spoke to the Tzy brothers about their incredible year, and how their unique tandem has turned into an international sensation.

This article was originally published in ONE Esports, and is republished here with permission.

The Tzy brothers rose to popularity during MPL Season 6. Karl had already been on the team for a few seasons, but it was only when FlapTzy joined the roster last year that people started to take notice of the pair. Karl is actually the reason Flap has a Tzy in his name. 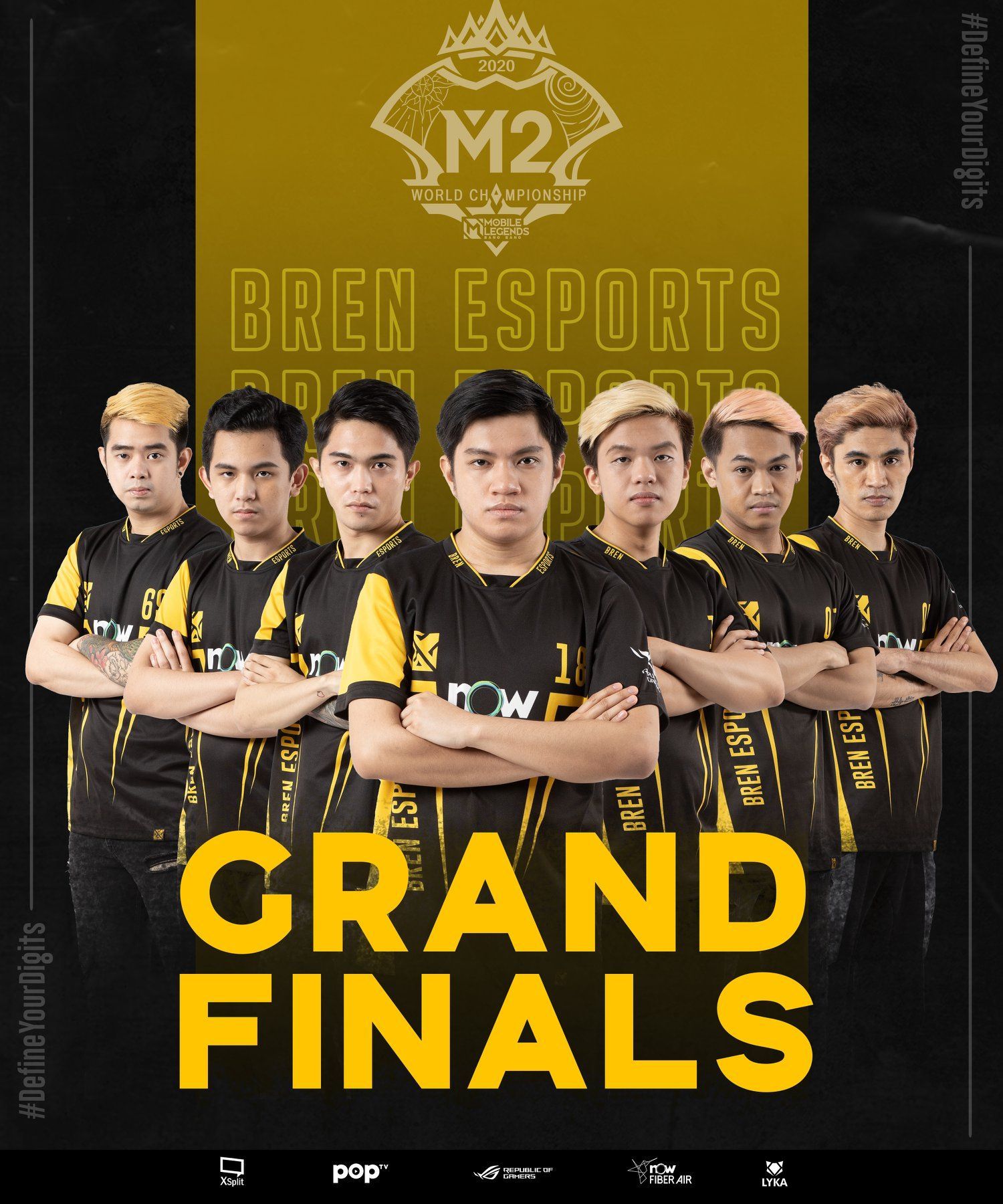 “My in-game name was pretty boring, just Flap,” said the Bren offlaner. “So I copied Karl and also put Tzy since I looked up to him.”

Despite Flap’s admiration for Karl, the two took a while to warm up to each other’s personalities to fully realize their brotherly calling.

“At first he was shy, but it turns out that he has no shame at all,” said Karl. “Now, I see he’s all over the place.”

“I thought he was a snob when I first met him,” elaborated Flap. “As we became teammates, I found that he’s great to be around.”

With Flap’s introduction as the team’s go-to fighter, Bren Esports immediately became more versatile in their drafts and lineup. Tank/support players Pheww and Lusty were given opportunities to play more heroes alongside multi-role player Ribo, without having to compromise their offensive edge.

In just one season, KarlTzy and FlapTzy rose through the ranks to become two of the best offensive players in the league. KarlTzy was the first player to surpass 100 kills and assists in S6 and finished first in kills (237) while FlapTzy was close behind in 11th place (136) in just his rookie season.

Ending the regular season with an astonishing 12-1 record, the boys would go on to make an even bigger statement at the MPL PH S6 playoffs.

The Tzy-led roster showed no signs of slowing down in the playoffs, culminating in an epic 4-2 win over S6 rivals OMEGA Esports in the Grand Finals. Flaptzy capped off his tremendous rookie season by sealing the championship win with an incredible double-kill flank with Yu Zhong. 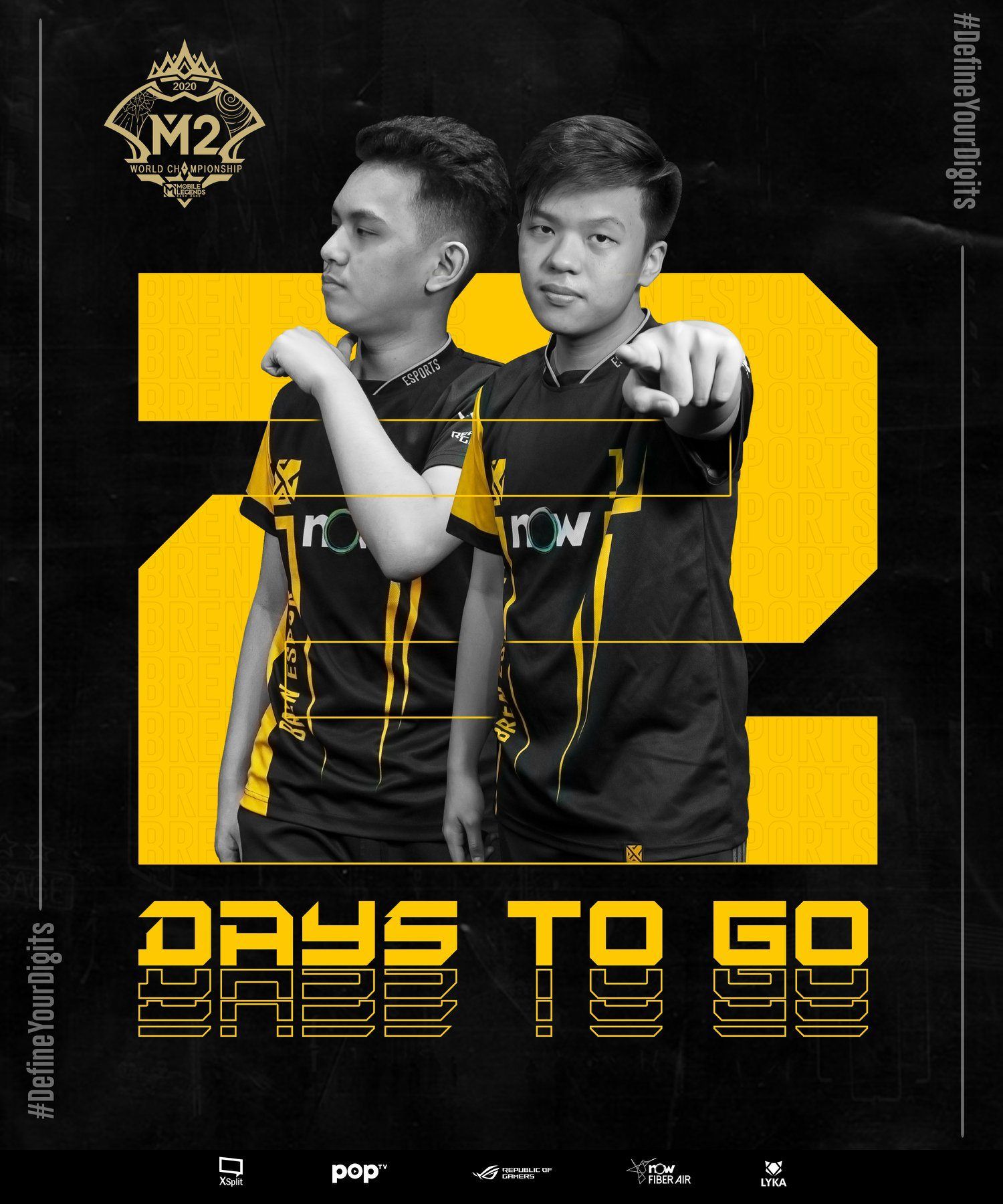 After a resounding championship win at MPL PH S6, the Tzy brothers cemented their presence as MPL PH’s most formidable duo and became a household name in the Phillippines. They even have a fanbase dedicated to their IGN called “the Tzy Nation” which now has 37,000 members.

Hot off their win in MPL PH Season 6, the boys now turned their attention to international competition.

The dominant MPL PH team tested their limits at the ONE Esports MPL Invitational, delivering two clutch reverse-sweeps against Aura PH and Burmese Ghouls. Bren Esports would eventually take a 3-0 loss against the undefeated team of Alter Ego, proving that the superteam still had some kinks to work out.

To right their wrongs, Bren Esports entered the M2 World Championship more determined than ever, sweeping the group stage with a 3-0 record and proving that they were better than ever.

The playoff bracket was a more difficult challenge for Bren, going through a gauntlet of champions with Todak, Alter Ego, RRQ Hoshi, and Burmese Ghouls. Regardless of their match-ups, the Tzy duo found ways to outclass such world-class teams and come out as the new world champions.

With impressive performances at the ONE Esports MPLI and the M2 World Championship, the Tzy brothers brought their name to the international stage and sparked an even bigger fanbase outside of the Philippines.

“It’s really cool that the trend has reached Indonesia,” stated Karl. “Other players there are adding Tzy to their name. We were surprised when we were playing and like “oh, this guy’s got Tzy!”

As the new iconic tag to any MLBB name, Karl said that he’s happy that the Tzy branding has become synonymous with being a strong player. Even with Flap being a second-generation Tzy, Karl believes that Flap owns the title as much as he does.

“It’s so cool that a lot of people recognize us even if we haven’t met them before, all because of the Tzy,” said Flap.

If you’re wondering how the whole Tzy craze began, KarlTzy explained the origin of Tzy dates way back to his MPL PH S3 days.

“Our analyst at the time suggested I put something in my name to make it stand out since my name was just Karl,” said the Bren hypercarry. “Since he was familiar with a Dota 2 player, Artour “Arteezy” Babaev, he suggested I put “Teezy”, but change the spelling to make it unique. I took his advice, and here we are.”

Before becoming Bren’s new-age superstars, the two had simple beginnings to their MLBB experience. KarlTzy got into the mobile MOBA after seeing his neighbor play it while Flap bounced around games until landing on MLBB after all his friends started playing it. 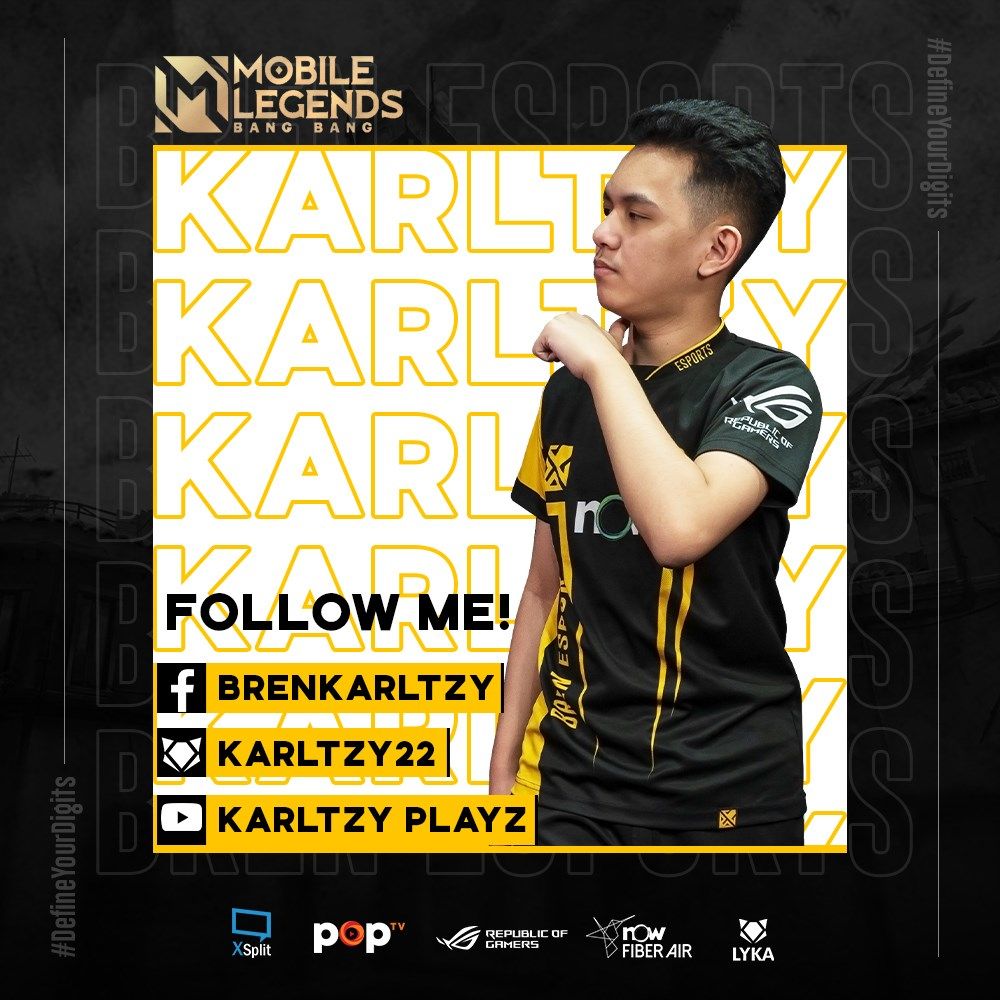 KarlTzy had an early start to his pro career with Finesse Solid in MPL PH Season 2. Even though he was already a decent carry player, he didn’t really commit to the lifestyle until the next season.

“I played in MPL Season 2, but I didn’t feel like a pro player yet. I didn’t know what I was doing, I was just playing,” said Karl.

As for FlapTzy, the young prospect was eager to join the MPL, but his parents were still reluctant to support him. Steering away from going pro, Flap resorted to just grinding out the ranked ladder on his own time.

By the time MPL S6 came around, his parents finally opened up to the idea of him going pro after seeing all his focus going into becoming a good player and allowed him to join the ranks of Bren.

The Tzy brothers saw their entry into the Bren Esports ML roster as a major move in their esports careers.

Karl managed to impress future teammate Ribo after grabbing gold with team Philippines at the 2019 Southeast Asian Games and received an invitation to join Bren for Season 5.

After months of making a name for himself on the ranked ladder, FlapTzy started his professional career with an international bang, winning the Razer SEA Invitational alongside KarlTzy and Bren Esports representing the Philippines. 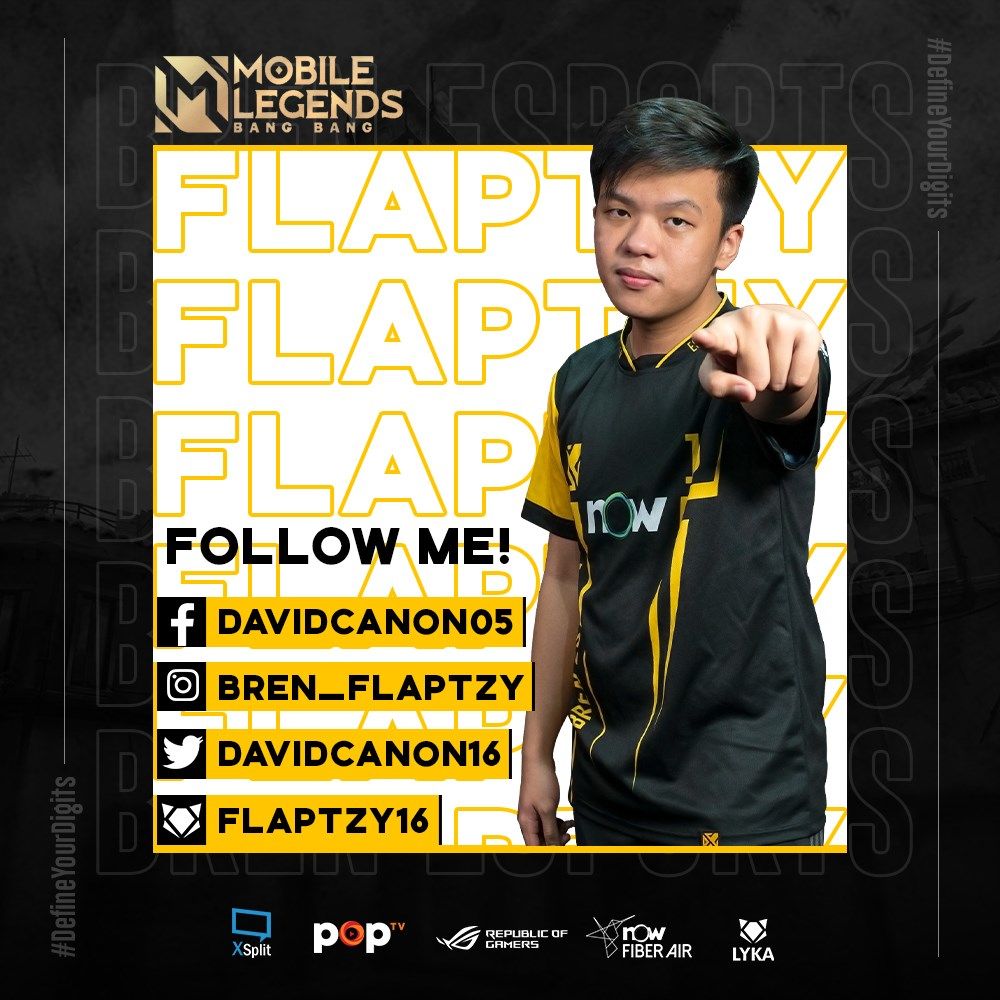 “Bren invited me and that’s when I felt like a professional player,” stated Flap. “I was so excited and hyped because the players that I used to idolize were now my teammates.”

Now under the wings of coach Francis “Duckey” Glindro, the Tzy brothers have drastically improved to be the daring duo that all regions know. While the two players were already good in their own right, the team refined how they observed the game, focusing on drafting phases and flexible role picks.

For Bren’s most recent appearance at M2, Duckey pushed them to get the game seven victory and finally become world champions.

“I was so nervous,” stated Flap. “But when coach Duckey said that we had to prove that we weren’t just the best in the Philippines, but in the whole world, I was really inspired to do my best to win.”

Looking forward, the Tzy brothers are eyeing back-to-back domestic championships in MPL PH Season 7 and the next MLBB Southeast Asia Cup. With MSC 2020 being canceled due to the coronavirus pandemic, the Tzy brothers have yet to bring an MSC trophy to the org.

With a lot more action coming from the Tzy brothers in the near future, they wanted to thank the Tzy Nation for always being there to cheer them on.

“Thank you to all the Tzy’s out there. Keep going, that name’s going to make you better in ML!” said KarlTzy.

“To all our supporters, especially those carrying the Tzy name, don’t remove it! You’ll be better and stronger because of it!” said FlapTzy.