by Nigel Zalamea for One Esports
3 days ago

THE time has come for Valorant fans to learn how to play a brand-new agent! With Yoru’s much-anticipated arrival in the game, we’ve created a quick and simple guide on how to play the game’s newest and coolest agent.

This article originally appeared in ONE Esports, and is reprinted here with permission.

Before we dive into how to play him, let’s discuss who Yoru is, and what Riot’s thought process was in developing a “lurking duelist.”

First and foremost, Yoru is the first Japanese Valorant agent. As a duelist, his agent abilities are mainly designed to get an advantage in out-dueling enemy agents and making entry plays for his team.

Riot has explained that Yoru’s tools are designed to “aggressively infiltrate” the enemy team’s back lines by displacing himself. He is also designed to create “deadly pincers with your teammates or use his deception to gain positional advantages against enemies” while lurking.

Here’s a breakdown of Yoru’s abilities and how to properly use them. Throughout, we list down five useful tips that will let you take full advantage of each of this agent's abilities. 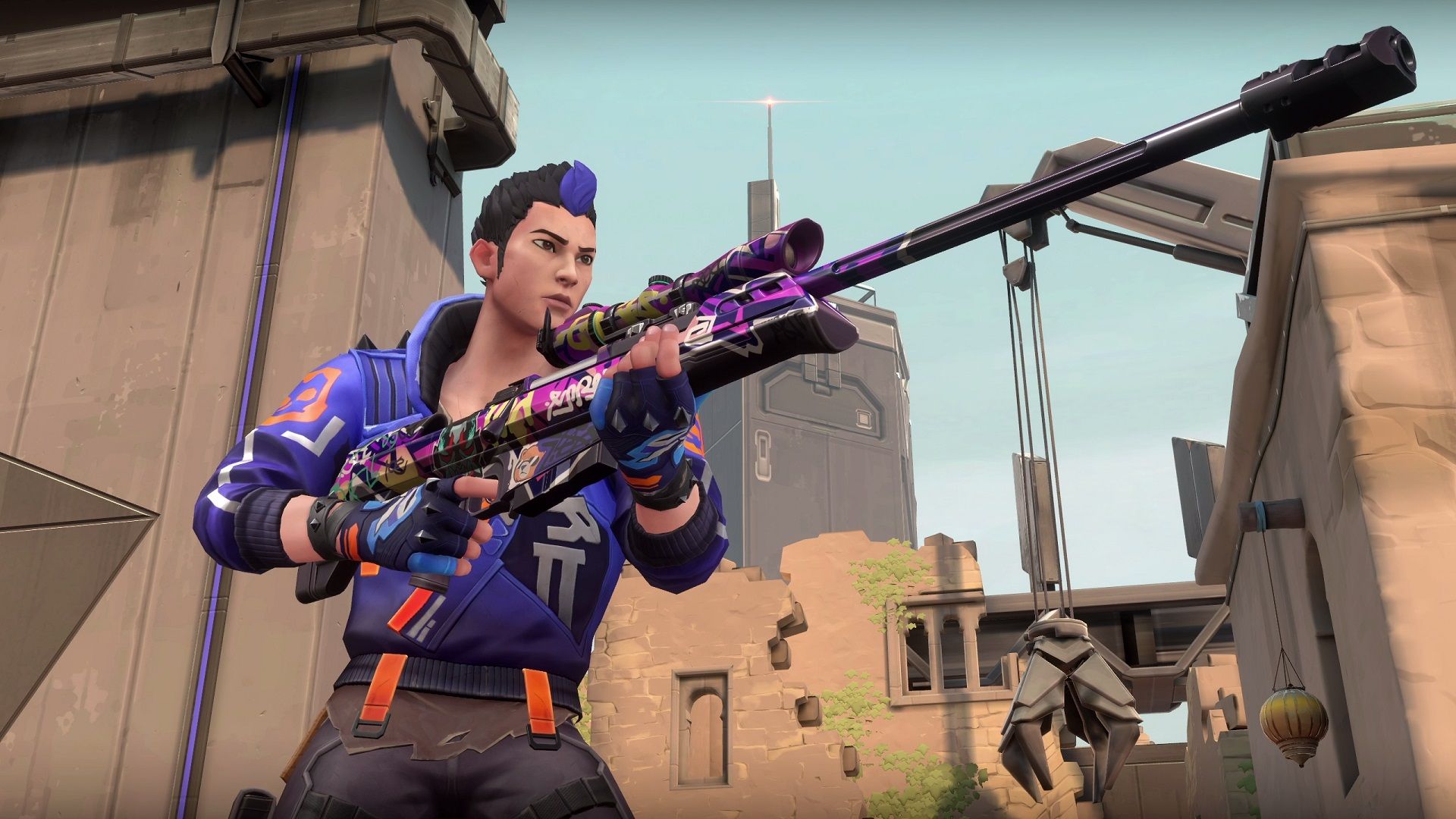 Yoru’s first ability is called Fakeout, which mimics agent footsteps. Teammates will hear a different sound, while opponents will hear a running enemy agent. The ability is intended to mislead only the enemy team using the in-game audio, with their agents seeing fake footsteps if they try to look where Fakeout was cast.

Fakeout can be used two ways. It can be cast immediately, or players can opt to place Fakeout on the ground like Cypher’s Cyber Cage and activate it later.

Players should keep in mind, however, that Fakeout only moves forward, and will not go through or around walls (not even through Sage’s Barrier Orb).

Tip 1: Fake it till you make it
After having played Yoru during Riot’s Episode 2 Act 1 early access build, we should note that Fakeout is perfect for fake site rushes. All Yoru players need to do is drop two Fakeout abilities and aim them towards a site at the start of the round. If enemy players don’t peek to see the rush, they will most likely tell their teammates to begin to rotate.

A more creative way to use Fakeout is during post-plant situations. After taking over a site and planting the spike, defenders will often wait for their teammates before attempting a retake. Yoru can then use his Fakeout ability to trick enemy agents into thinking someone is pushing from the site. This may delay the retake attempt, or even convince the enemy team that someone has gone behind their lines.

For defenders, Fakeout can be used to fake an early rotation, which could bait the enemy team into thinking a position on the map is clear.

Bonus tip:
Players can also use Fakeout to trigger enemy agent abilities, like Cypher’s Trapwires and Cyber Cages, or Killjoy’s Turret and Alarmbot. This ability can likewise waste the enemy Raze’s Boom Bot. 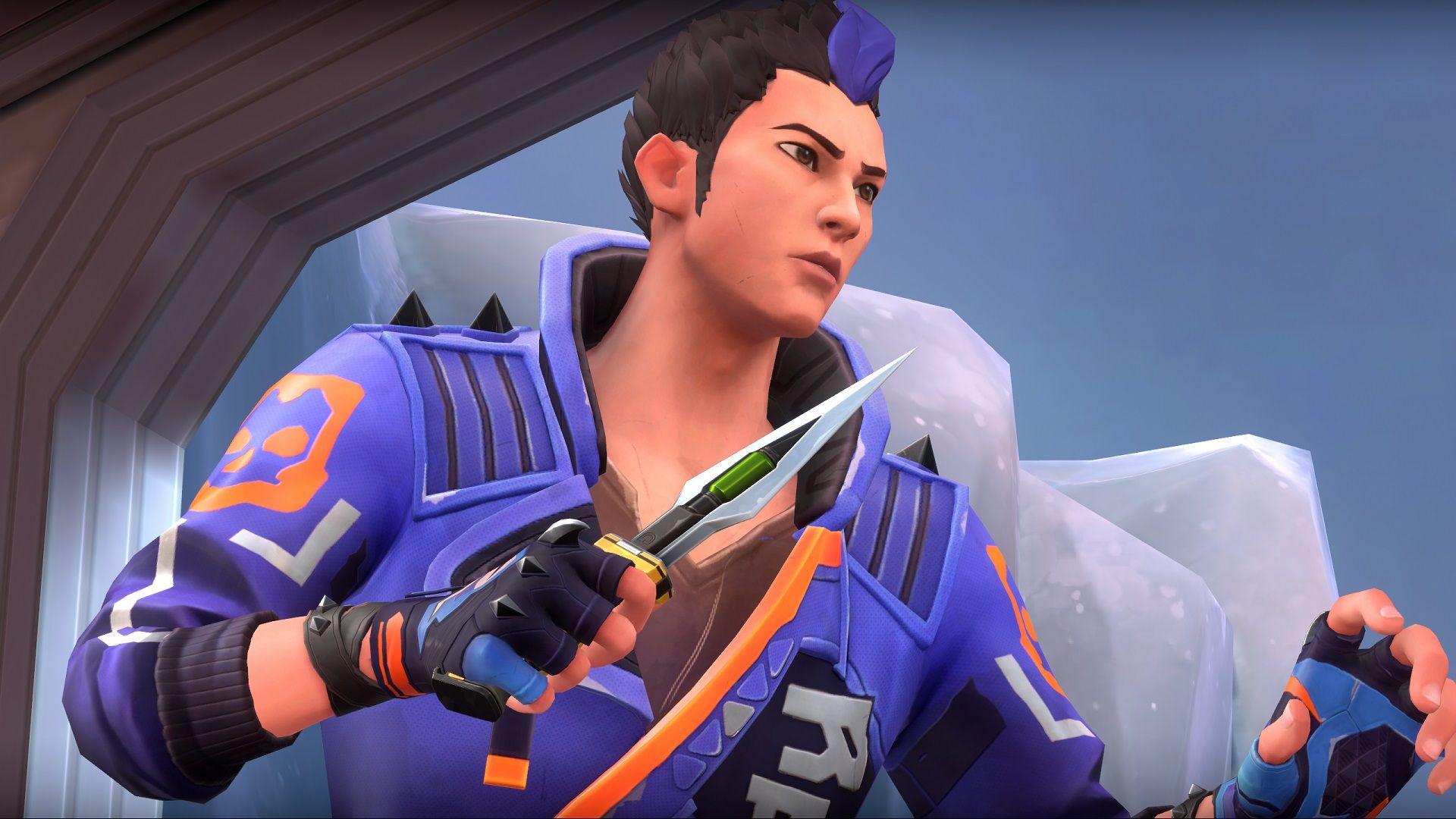 Blindside is Yoru’s flash. For a duelist, this is another tool that will give him the advantage in a one-on-one situation. To use it, players must bounce it off any surface. After the initial bounce, it will pop. Players can also bounce Blindside off of enemy agents, should the need arise.

Tip 2: Win your duels with a pop flash
Yoru’s Blindside will pop after a single bounce, which results in what is known as a pop flash. This also happens when a player throws a perfectly timed flash that doesn’t give opponents time to react. Players can get creative with certain angles on the map, and use Blindside to come out of smoke, similar to Phoenix’s Curveball or Reyna’s Leer. 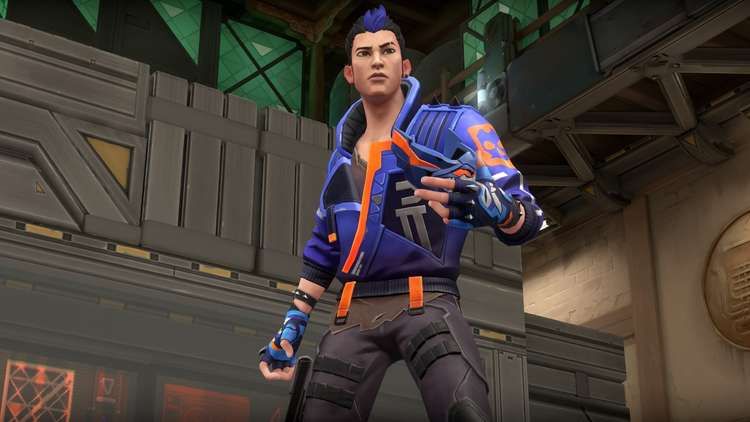 Gatecrash is Yoru’s innate ability, and might be one of the game’s best tools for outplaying opponents because of its maneuverability as a teleport. Players can choose to cast it while moving forward, or to plant it at a stationary location. The ability, which plants a tethered Gatecrash orb where Yoru can auto-teleport to, lasts about 20 seconds, but can be shot by enemies.

The orb itself will emit an audio cue for nearby enemy agents. But for the enemy team to see the orb itself, they will have to be within close range to pinpoint its location.

One thing to keep in mind is that the Gatecrash orb cannot be cast vertically. The orb moves forward horizontally, and will only move vertically if the pathing itself is laid out vertically as well. However, it will fall off high ground ledges as it continues its trajectory.

Tip 3: Keep your opponents guessing
While on attack, players shouldn’t be afraid to throw the Gatecrash ability towards a site or behind enemy lines. Again, enemy agents need to be within nearsighted range to see and shoot the moving orb. Once their teammates make their move towards the site, a player can then teleport behind enemy lines.

Players can also use the Gatecrash ability to get themselves out of sticky situations. While on the attackers’ side, Yoru may leave a Gatecrash orb where the rest of his team is making their move, while he fakes a push or a lurk play around the map. He can then teleport to his team before the orb expires.

Meanwhile, on the defenders’ side, Yoru can hold one-and-done angles with an Operator. If the enemy team chooses to use their abilities to get him off his defensive position, Yoru can easily teleport out and reposition himself, which will likely catch opponents by surprise. 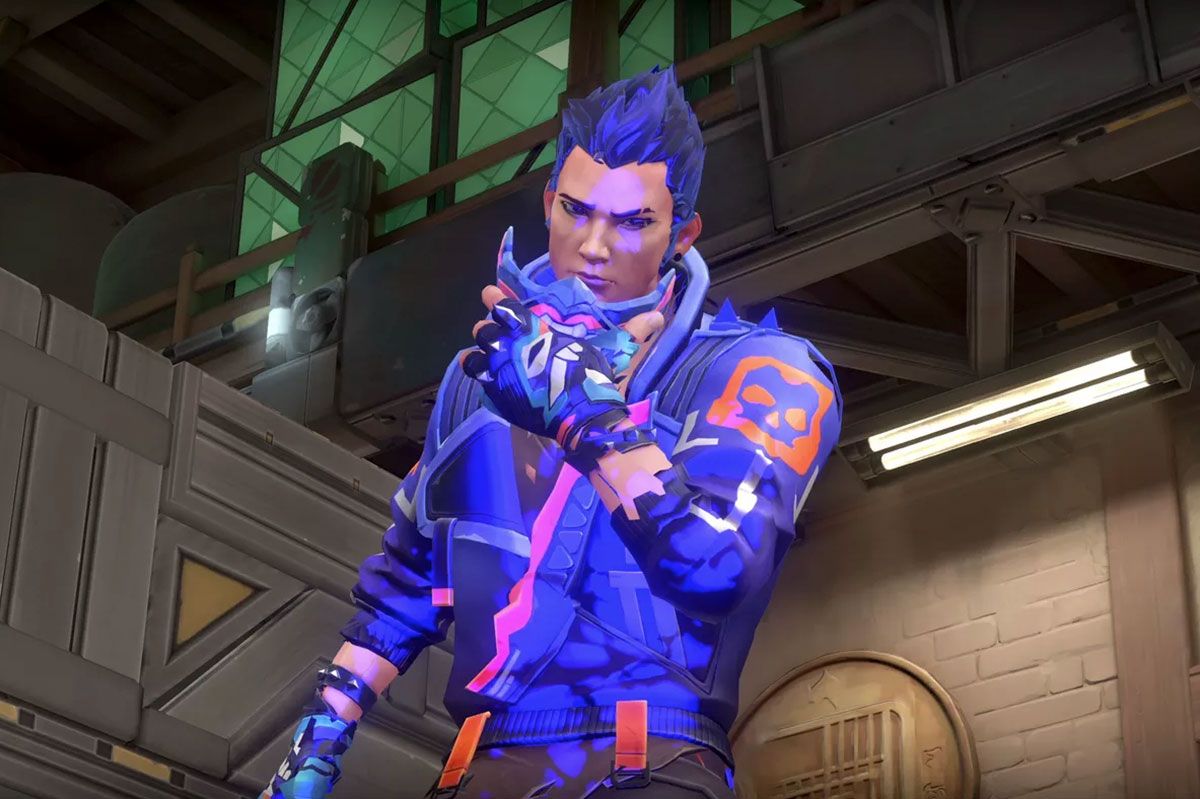 Finally, we have Yoru’s ultimate, Dimensional Drift. The ultimate’s main goal is to get Yoru behind enemy lines or where the opponents will least expect him. Similar to the Gatecrash orb, once Yoru is in his Drift, opponents will need to be within nearsighted range to see him in his ultimate state. Opposing players will also need to have a keen ear to hear if Yoru is nearby.

While in his Dimensional Drift, Yoru is invulnerable. He also remains invisible to opponents who aren’t close enough to see or hear him. The ultimate runs for about 10 seconds and can be canceled before the set duration. Players will need to keep in mind that, while in the Dimensional Drift, their vision will be slightly impaired, similar to Skye’s Trailblazer ability.

Tip 4: Become the ultimate scout for your team
As Dimensional Drift may be used for a long duration, players will definitely utilize it to get behind enemy lines. But the best way to maximize this ability is to make sure that you call out everything you see. And because Yoru is invulnerable while in his ultimate, players shouldn’t be afraid to get close to opponents, or see which corner or angle they’re holding.

While in the Dimensional Drift, Yoru will also be invulnerable to all agent abilities. These include Cypher’s Trapwires, Cyber Cages, and Spy Cam darts, as well as Killjoy’s Turret, Alarmbot, and even her Lockdown ultimate. Yoru won’t be affected by damage-dealing agent abilities either.

Tip 5: Become the ultimate duelist and take multiple fights
The best way to outplay opponents using Yoru is to pair his Dimensional Drift ultimate with the Gatecrash teleport. Players can use Yoru’s ultimate to gain information on the enemy team and exit the Drift at a safe location. This will force the enemy team to coordinate and watch their flanks, while keeping an eye out for Yoru’s teammates. 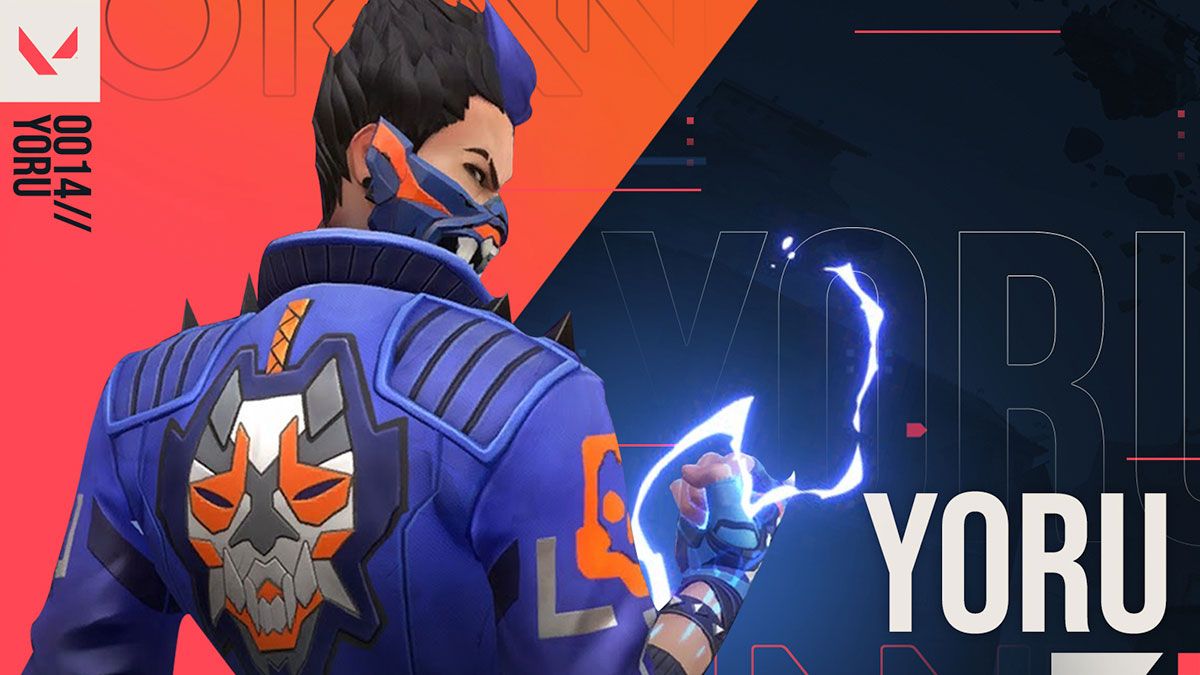 With Yoru’s toolkit explained, we believe he will pose all sorts of problems in matchmaking lobbies and provide exciting scenarios in competitive matches. Yoru’s ultimate goal as an agent is to disrupt the enemy team’s information. As annoying as that may sound, teams can still work around that and counter it with proper callouts.

Yoru relies on catching opponents by surprise with his abilities. Unlike the other Duelist on the Valorant roster, Yoru requires a more cerebral approach. Jett, Phoenix, Raze, and Reyna are all expected to be played as entry fraggers, while Yoru will be more effective for his team by forcing awkward skirmishes around the map.

The best way to find out if Yoru is overpowered, however, is to see what type of plays and strategies the Valorant community will execute using him. Let’s see when Valorant Episode 2 Act I comes out on January 13.

For more Esports stories, check out ONE Esports.