Sibol MLBB Throwback: Where are they now?

by Carlos Pineda
5 days ago

Back in 2019, there were doubts about Sibol’s MLBB chances in the SEA Games as fans were wondering why players from the grand finalists of MPL-PH S4, Sunsparks and Onic PH, weren’t chosen for the national team.

Instead, the lineup consisted of players from mid-tier teams like SGD Omega and Bren Esports, and the two bottom seeded teams, Cignal Ultra and ArkAngel.

There were many who argued that the winner of S4 should have been the PH representative in order to limit the usual chemistry problems involved in assembling a new team.

But these doubts were all silenced as the Philippines bagged the gold medal by stunning a noteworthy powerhouse in a grueling 5-game slugfest.

This marked a new era in the MLBB scene, where the Filipinos have once again reclaimed their dominant status, last seen during the heydays of Aether Main/Bren Esports.

Whatever happened to the original members of Sibol’s MLBB roster who inspired an entire nation and balanced the ML scales? Here's our rundown of what happened to their careers after SEA Games gold. 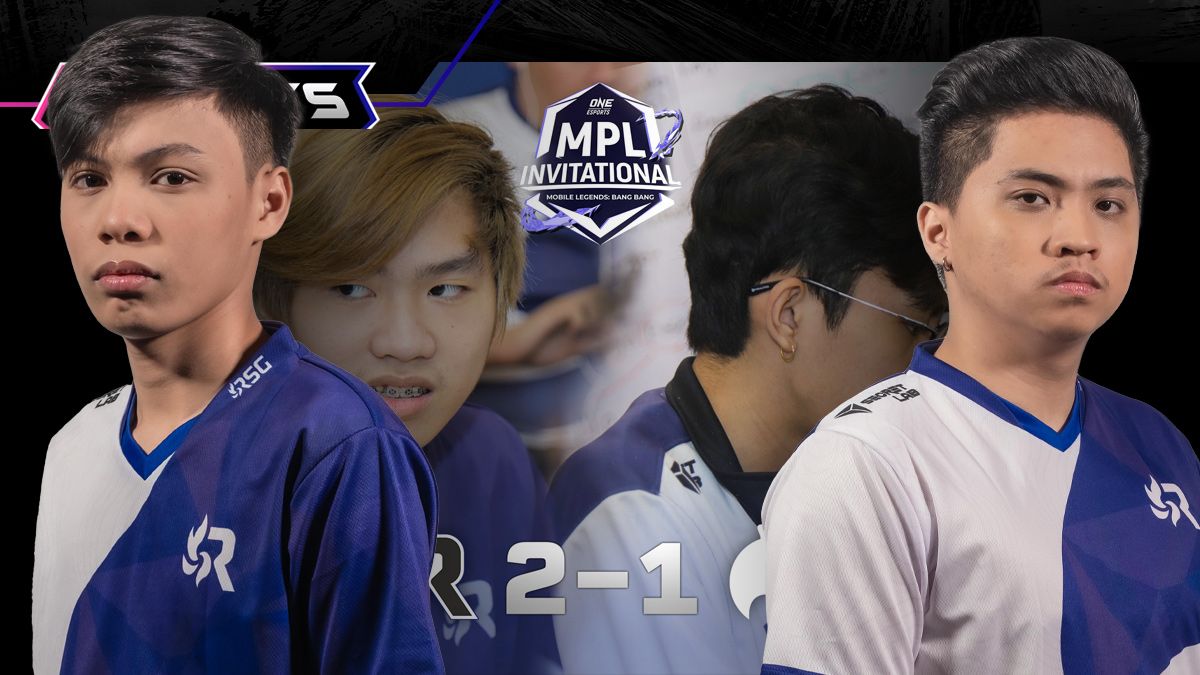 After the SEA Games, Kenneth Jiane “KenjI” Villa stuck with SGD Omega and managed to serve as a veteran presence for the team. Despite his stabilizing presence in the EXP lane role, he wasn’t able to give his team a championship.

In Season 5, SGD stumbled against a V33Wise led Onic PH and finished at the 5th-6th place. Then, as the team rebranded under the Smart banner in Season 6, he was relegated as a substitute as Jankurt Russel “KurtTzy” Matira was chosen over him. Omega managed to reach the finale only for them to fall to a mighty Bren Esports squad.

But his role as a reserve player didn’t last long as Kenji became the main focal point in the M2 World Championship. Unfortunately, his team was stifled by two Indonesian powerhouses, RRQ and Alter Ego. 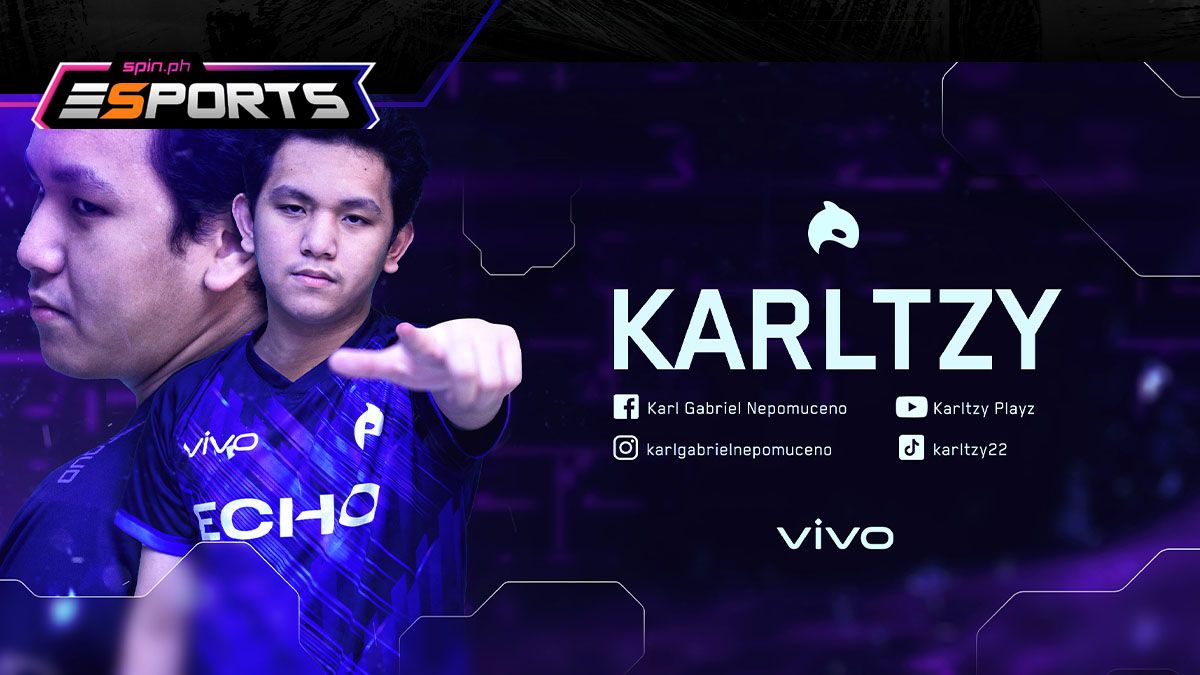 Karl “KarlTzy” Nepomuceno experienced a breakthrough immediately after the SEA Games. As he left SGD.Omega and switched to Bren Esports, his ascent to superstardom began.

No longer was he the up-and-coming “totoy” as he accomplished a lot of great feats, securing his hall of fame status in MLBB history.

He was integral in Bren’s funneling strategy in Seasons 5 and 6, and he revitalized the #BrenLangMalakas chant by giving his new team a championship in Season 6.

And of course, let’s not forget what happened in the M2 World Championship, where his Lancelot destroyed everyone in his path, and he secured the MVP nod.

Recent seasons have not been kind to him as KarlTzy has yet to attain another award, but his overall performances are still world class. 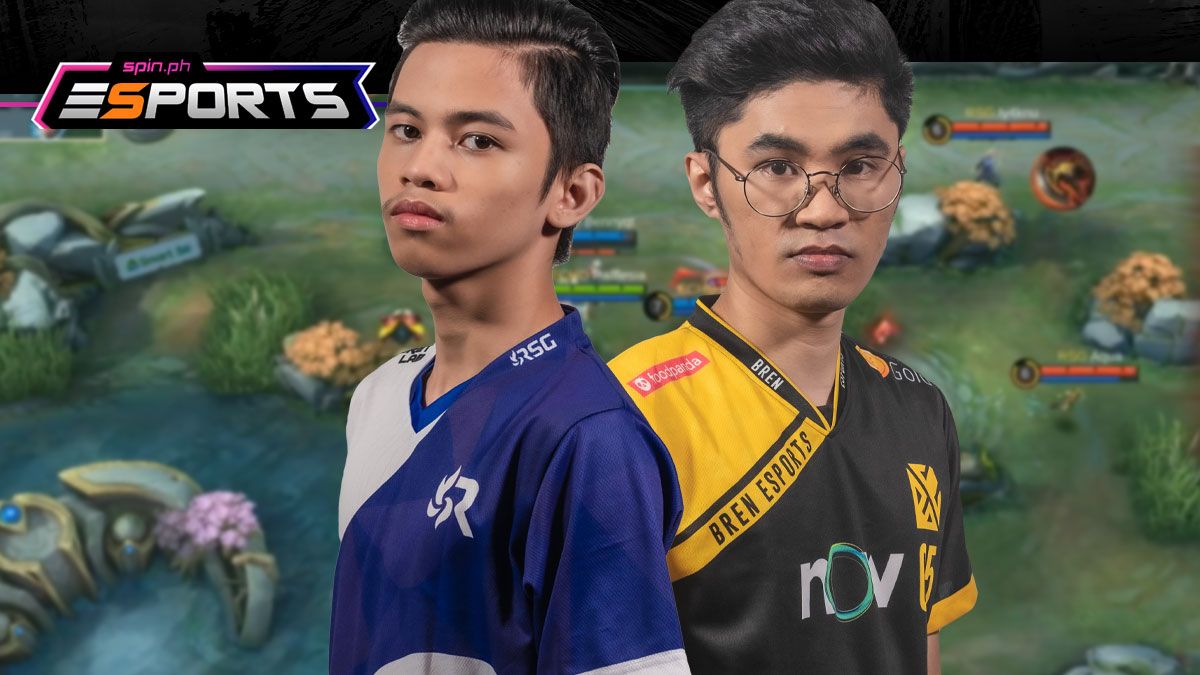 Similar to KarlTzy, Allan “Lusty” Castromayor Jr. made the shift to Bren Esports after the SEA Games. It was no surprise that he left ArkAngel, given the tragic collapse that the team experienced back in Season 4.

The switch ultimately paid off as Lusty experienced a breath of fresh air with Bren Esports. He was considered to be one of the best tank players in Season 6, and he even brought his game to the next level in the M2 World Championship as his Atlas was a clutch presence in most matches.

And though he managed to be a stable presence for Bren Esports, his team wasn’t able to repeat their success as Bren slowly crumbled downwards. As of now, Lusty is mentoring a young Bren Esports squad, hoping to see them ascend. 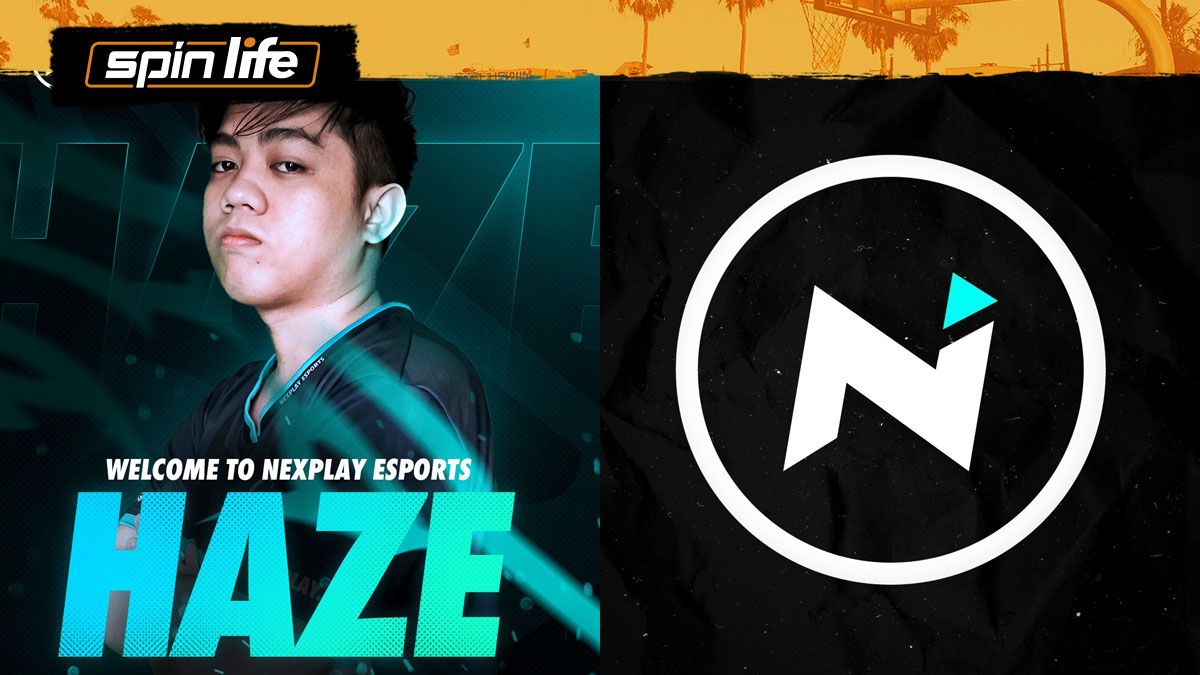 While his teammate, Carlito “Ribo” Ribo Jr. remained with Bren Esports, Haze decided that it was time for him to forego the club that he played for since Season 1. Initially, playing for SGD.Omega didn’t produce the best results as his team only managed to secure a mid-tier finish as they were immediately booted out by Onic PH in the lower bracket.

Then came Season 6, where he alongside Kenji-led Omega Esports to a grand finals berth, only for them to stumble against a dominant Bren Esports team. Afterwards, they reached the M2 World stage, only for Omega to finish 5th-6th place.

After a few seasons for Omega, Haze shifted his sights to Nexplay EVOS, where he provided the veteran presence and leadership that they desperately needed for them to experience their resurgence. 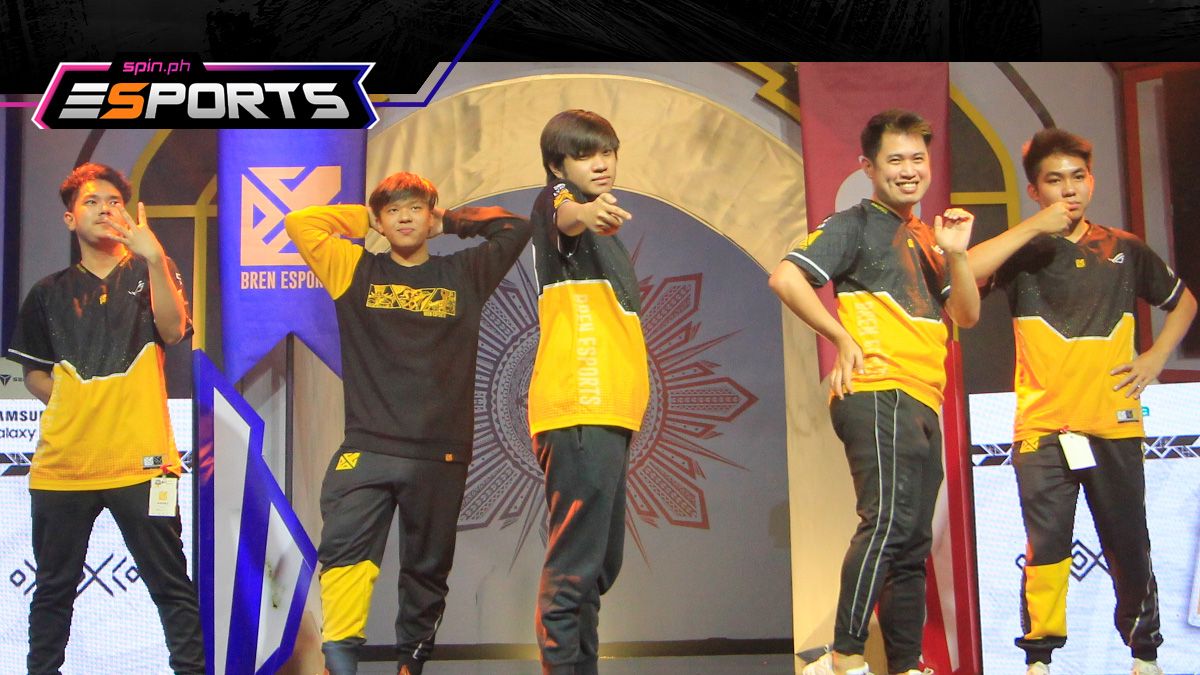 Though he wasn’t the primary damage dealer compared to previous seasons, Pheww’s impact was widely felt as he and Lusty would provide the space for KarlTzy to shine. This ultimately reached a higher peak in Season 6 as Bren became a dominant force in both the PH scene and the world stage.

Unfortunately, his renaissance years are now behind him given Bren’s downfall, and together with Lusty, they are now in-charged of leading Bren's rebuild. 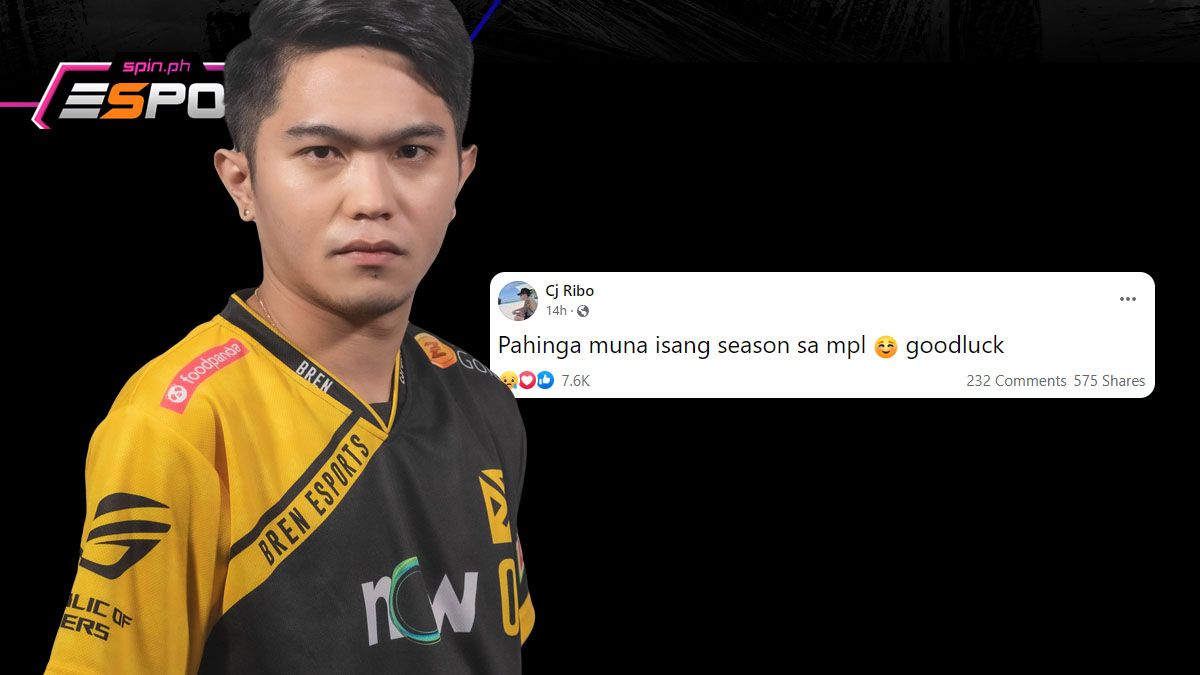 Kenji wasn’t the only one who remained with his team as Ribo likewise decided to stay with Bren Esports. From there, he achieved the GOAT status.

After surrounding himself with silverware in the early days of MLBB, it was time for the Doctor to give everyone a taste of their own medicine. A Season 6 trophy, an M2 World Championship run, a win in the Nationals has already given Ribo all the championship gold in the MLBB scene.

As of now, Ribo is retired and it’s unsure if he will return in Season 10. 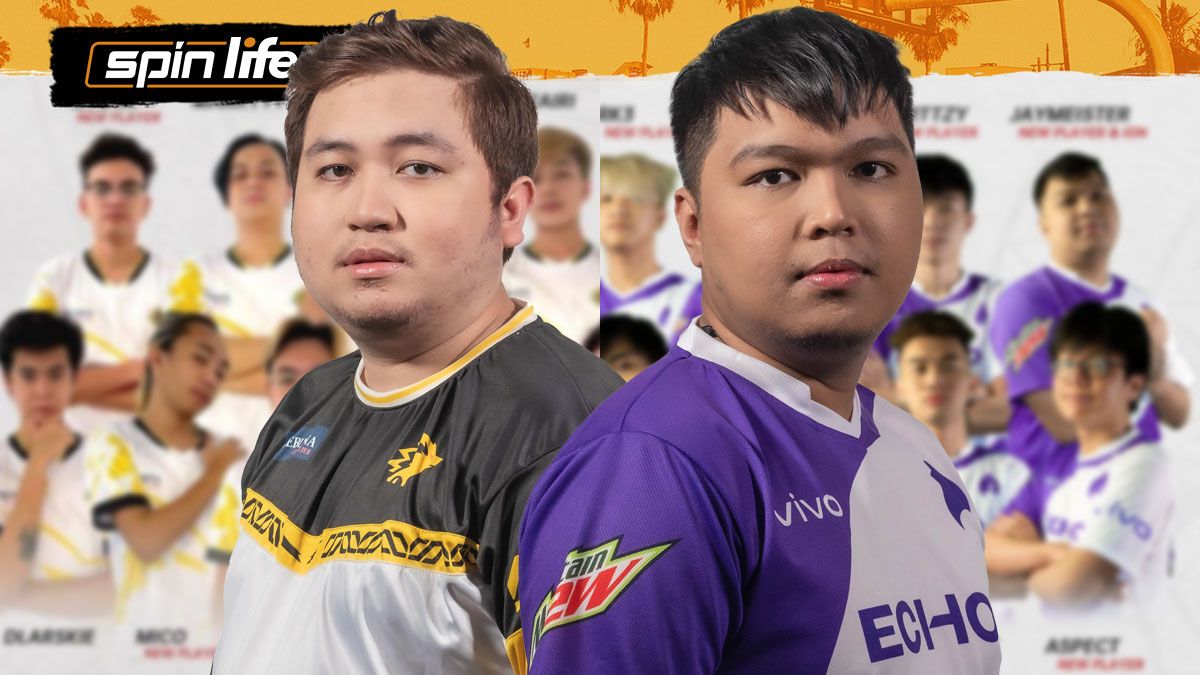 Like Lusty, Jason Rafael “Jaymeister” Torculas decided to leave ArkAngel, but unlike his teammate, he opted to transfer to another yellow-colored team, Onic PH. From there, he achieved a runner up finish in Season 5, then experienced some lows in Seasons 6 and 7.

He tried to revitalize his career with ECHO PH in Season 8, but to no avail as his team endured an early exit. Barely did he play for ECHO during that period.

Currently, he is a free agent though he hinted that he is planning to move to another country.

It can be argued that Coach Brian "Panda" Lim’s stint in Sibol was the only time he managed a star-studded ensemble as his career has normally been built around up-and-coming or rebuilding franchises. And he did live up to his reputation as Panda tried to bring Laus PlayBook Esports into the mix.

While his initial stint with his new club was a struggle, he managed to fulfill their dreams as LPE reached the main stage in Season 7, though they were immediately ousted in the regular season.

And so, came another rebuilding project as Panda was given a second chance in Season 8, only this time with RSG PH. There were hiccups, but there was also some potential in the team. Eventually he was able to address the team’s blushes in Season 8 and transformed them into a surprise championship winner in Season 9, a perfect way to silence the doubters that he was on a decline.