From Sarah Eliya to SevyPlays: How Genshin Impact changed this streamer's life

LIKE A newly released character in Genshin Impact, Sarah Eliya’s life was destined to always be in the spotlight. As a high school student, she became heavily involved with theater and musicals, and she even tried to showcase her passion for the arts by uploading music covers on her YouTube channel.

“My path started with music and I’ve always been really involved with music as in nag-piano lessons ako noong bata ako," Eliya told Spin.ph. "When I was in high school I was like obsessed with theatre and musical and then I would make covers and stuff. I have a piano and guitar and I learned how to sing.”

Perhaps one day, she would be a recording artist. Or she would get a role in a musical. But that day never came. Unlike a new Genshin character, she was never the talk of the town. Instead her career felt like a lifeless NPC in Teyvat.

“For 7 years I was uploading YouTube music videos it never went anywhere because discovery is hard," she recounted.

Forced to look for other avenues to showcase her online creativity, leading Eliya to try her hand at being an Instagram influencer.

“The Filipino Instagram influencer network is actually really large and I started getting inspired by the way people kinda turn themselves into their own models even though hindi sila naging typical model," she explained. "I really was inspired by that because I never viewed myself as stereotypically or conventionally attractive."

She began releasing videos where she tested makeup and treated ukay-ukay stores as Teleport Waypoints. This became another creative outlet, leading to brand endorsement and ambassadorships.

And then the cataclysm known as the pandemic occurred. 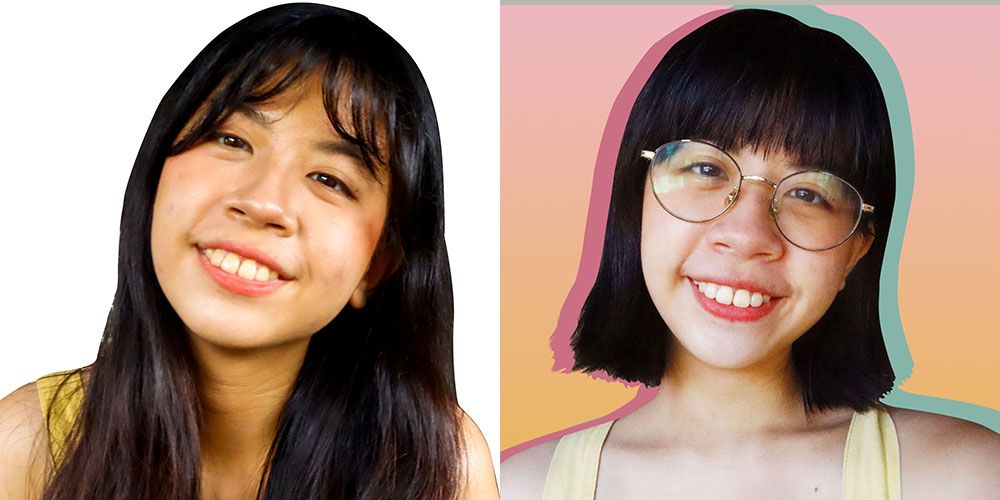 “It became a lot of pressure," Eliya admitted, "because I was still doing that when quarantine and lockdown happened. It was weird like trying to keep up with everything because biglang ang dami nilang promo, everyone wants to promote something kase everyone is on lockdown.”

The immense pressure forced her to abandon this pursuit. In fact, she says that she hasn’t posted on her Instagram account for almost a year. This was also the time when she decided to play the popular gacha sensation known as Genshin Impact.

It was her boyfriend Halevy who introduced her to the game. But it was the character designs caught her eye, especially patch 1.1's Geo Archon, the god of contracts, and the game’s so-called simp symbol, Rex Lapis a.k.a. Zhongli.

His deep sexy voice and intriguing backstory, mixed with martial arts animations that rival Donnie Yen and Jet Li (take a look at this jaw-dropping trailer) and overpowered shields, made him into one of the most popular characters in the game. His arrival even skyrocketed miHoYo’s revenues.

Her love for the game (or for Zhongli) suddenly opened up a new opportunity for Eliya. Maybe being a Genshin Impact content creator is her way of fulfilling Rex Lapis’ contract.

For her, the transition from musical YouTuber to Genshin streamer was a natural fit.

“I guess it’s safe to admit that I like chasing the spotlight. In some ways, I like to do that Instagram stuff, I like making my own videos, I enjoy theatre, I enjoy acting. So in that time away from Instagram, I guess I couldn’t stay away for long," Eliya reflected.

"So eventually that desire started popping up.”

She even acknowledged that Halevy played the role of Paimon — serving as Sarah’s sidekick.

“He told me that I could do it. That made a big difference because when it was my YouTube videos, when it was my music, Instagram, makeup and stuff, it was just me. As soon as I lose interest, there’s nothing else to keep me going," she said. "But then if I have a partner to work on this with at least I have someone to fall back on in those moments of loss interest.”

Besides morale support, Halevy does majority of the editing work. He even theorycrafts with his partner, knowing that Sarah prefers thoughtful discussions over meme-worthy or degenerate content (*cough* Gimnaeng *cough*).

It was a new chapter in Sarah’s story quest, letting go of the Sarah Eliya brand in favor of SevyPlays (or Sevy for short). Combining YouTube content and Twitch streaming, she was able to slowly grow her brand.

But like most story quest missions, there’s always a conflict. 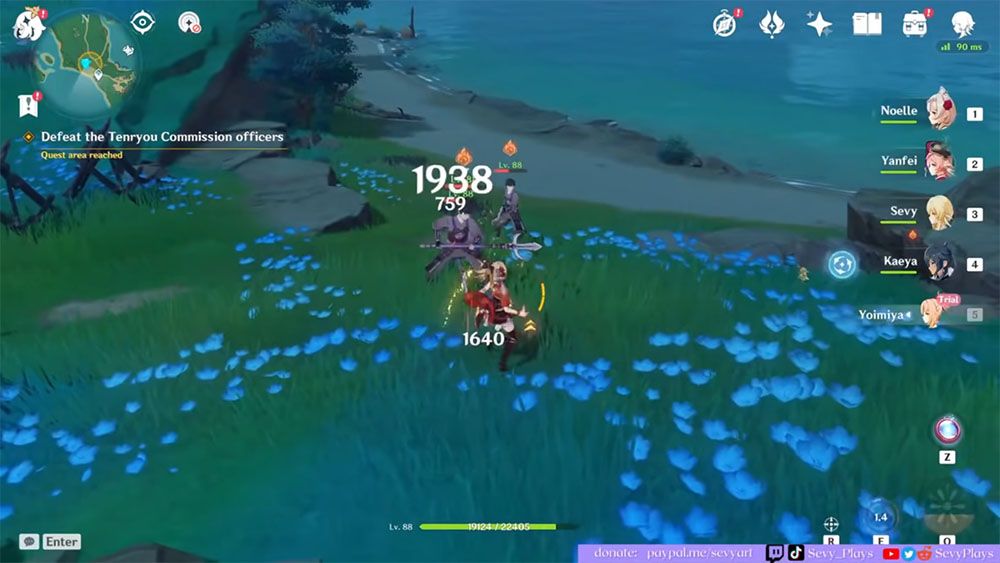 Tectone, TenTen, and the Yoimiya Drama

Though the people on Narukami Island adored Yoimiya — a new character only unveiled earlier this year — for her fireworks display, the Genshin Impact community were left with mixed feelings.

In fact, the vast majority of players criticized her underwhelming gameplay.

Majority of Genshin YouTube content creators expressed their disappointments on her overall kit. But were a few who defended her. Sevy was one of them.

She even made a video proving that Yoimiya’s damage is insane by revealing a truckload of Excel sheets, though there were some minor hiccups in her calculations that were immediately addressed.

“I made a video that explains why Yoimiya is stronger than you think and it was like a calculation of how high her normal attack multipliers are kase ang taas talaga ng multipliers niya," Sevy recalled. "But I actually made an error in my calculations and I corrected it on my pinned comment.”

The video (which she made together with Halevy) rocketed to the top of the YouTube search algorithm for Genshin Impact... which in turn led to her discovery from one of the most notorious clout chasers in the community, Tectone.

Tectone even commented on her video, twisting the narrative to make Sevy look like a hypocrite.

“A couple of days later, Tectone made a video about the whole hate going around Yoimiya and my video came up. And he said, ‘Oh there’s this video stating that Yoimiya is stronger than you think but if you looked at the pinned comment, she says she’s actually bad.’ That’s not exactly what I said.”

His comments triggered some anxiety in Sevy. Tectone’s legion of followers numbered in the millions, and could potentially harass her channel. Luckily for her, that never happened.

Or so she thought. After the release of her video, TenTen, another polarizing figure in the Genshin community, published a video explaining why Yoimiya is the worst 5-star character due to her questionable internal cooldown and auto-targeting.

Sevy admitted that she didn’t mind TenTen’s reactions on Yoimiya, but his community is what affected her.

“He knows all of the internal mechanisms, the gauge theory and all of that, which is fine," she mused. "I just didn’t appreciate how that cultivated such a toxic outlook on the character, and it was those people who came into my channel and other pro-Yoimiya channels.”

And some would go as far as belittling her content. They even mocked her C6 Bennett — a laughable decision in Genshin Impact, especially for theorycrafters.

It’s as if defending Yoimiya or having a different opinion is as vile as awakening Osial or issuing a Vision Hunt Decree.

You'd think that the harassment she received would mean a noxious end to her streaming career.

But that wasn’t the case. Yoimiya may be the most hated character due to her mechanics, but her backstory and character design made her well loved by some. The Yoimiya simps who were desperately looking for a champion (and an escape from the toxicity) finally found one. Support poured in for Sevy. Her followers skyrocketed due to her video and they appreciated how she managed to make C6 Bennett and Yoimiya into a lethal threat in the painstalking Spiral Abyss.

And this even led to more opportunities.

Christian Banas, the English voiceover actor of Genshin’s Thoma and a proud Filipino, wanted to form an initiative where Filipino Genshin Impact voiceover talent and content creators would collaborate in a livestream event.

Among them are English voiceover actress, Anne Yatco, who voiced the Raiden Shogun, as well as Twitch streamers, SaladdinTheWise, purg_atory, TotallyNotAdrienne, and SevyPlays.

Together they named their stream “Adobo After Effects: Genshin Gagos vs. UNO,” where they played the popular card game UNO, only for them to shift to Gartic Phone due to a glitch.

“It was the most exciting days of my streamer career so far because I suddenly interacted on Christian Banas' tweet and then he DMed me. And then he said, ‘I wanna do a collab with Filipino Genshin streamers and purg recommended you,” she said.

And then, most recently, Sevy was accepted in the prestigious Genshin Impact Content Creator Program, which allowed her to receive privileges from miHoYo. Her subscriber count doubled from last month, amounting to more than 30,000 subs.

Like the Traveler that came to Teyvat, Sevy is slowly building her reputation across the Genshin community. In between streams, she would showcase her talents in singing, bringing joys to her community, just like how Yoimiya does with her fireworks display.