RSG vs. Onic, Bren vs. Omega will kick off MPL-PH S10 playoffs

THE TOP-SEEDED teams in the MPL-PH have chosen.

As part of the rule changes from last season, the top-ranked teams would have a hand in deciding the bracket placements of the other squads to kick off the playoffs. The top-seeded team (in this case, Blacklist International, which finished the regular season with 29 points and a 9-5 match win-loss record) would pick the placement of the third- (RSG PH, 25 points, 9-5) and fourth-ranked (Bren Esports, 23 points, 9-5) teams.

Here’s a look at the final bracket and the schedule for the MPL-PH playoffs. 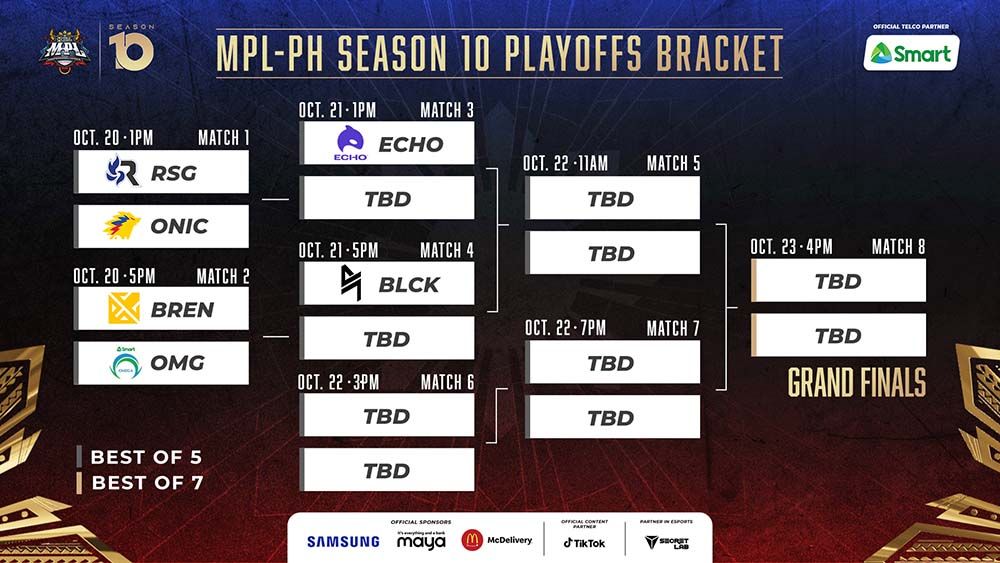 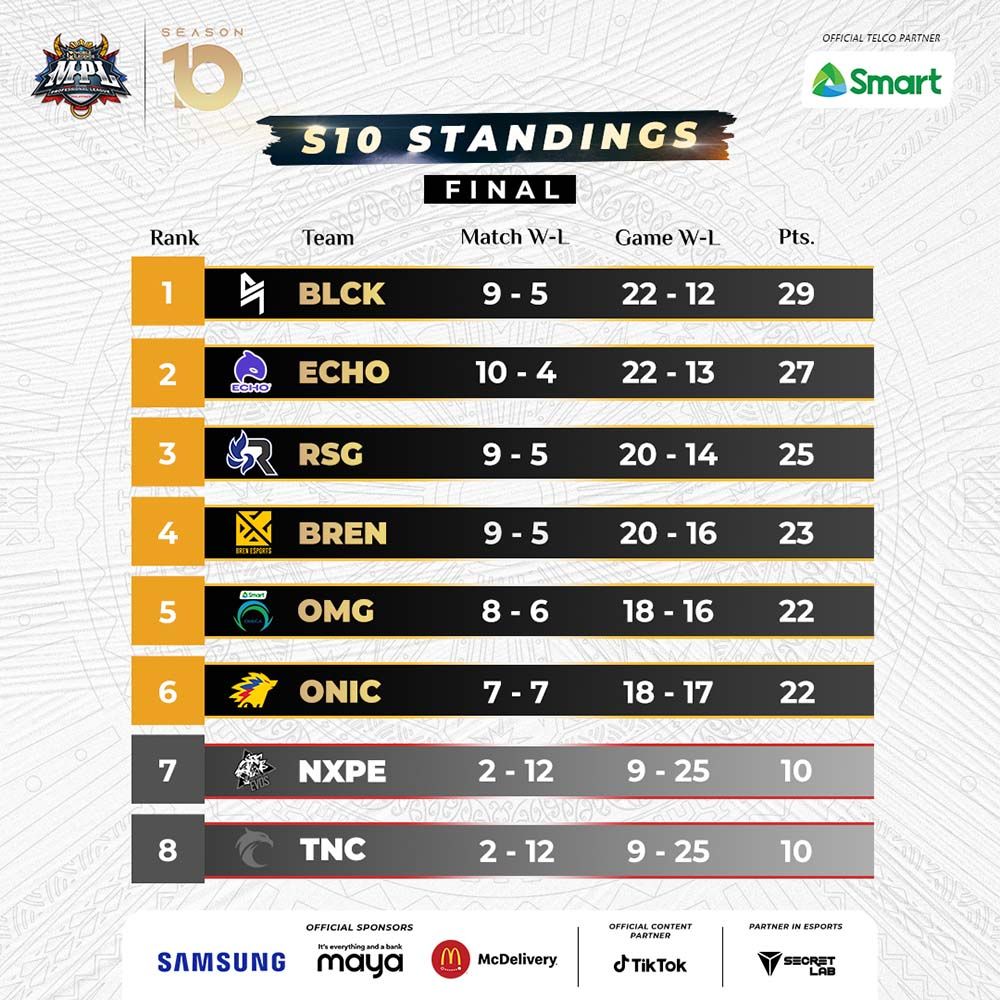 Third-seeded RSG PH will face Onic PH in the first match on October 20, Thursday, at 1 p.m., followed by a Bren Esports and Omega Esports showdown at 5 p.m.

The top two teams will swing into action the following day. Second-seed ECHO PH (27 points, 10-4) will await the victor of the RSG PH-Onic PH clash at 1 p.m. OhMyV33nus and the rest of Blacklist International will then face the winner of the Bren-Omega series at 5 p.m.

In between, the lower bracket will commence, with the losers of Day 1 hoping to knock the other team off the board in a 3 p.m. match.

The playoffs will then proceed throughout the weekend, with the Upper Bracket and Lower Bracket finals to be fought on October 22, 5 p.m. and 7 p.m., respectively, and the best-of-seven Grand Finals to start on October 23, Sunday, at 4 p.m.

Also to be revealed in the last day will be the much-awaited “Hall of Legends” that honors the best MPL-PH players since the league was founded.

The Season 10 eliminations have turned out to be the most tightly contested regular season in recent MLBB history. The six teams that made the playoffs only separated from each other by a few points ⁠— ⁠at the expense, however, of Nexplay EVOS and TNC Pro Team, which ended the season with a dismal 10 points and 2-12 match record each.