Growing up with a radio news journalist for a father, Renmar Sta. Cruz — busy going to school, spending time in the computer shop across the street, and fiddling around with his uncle’s PS1 — had no idea about the death threats that were hanging above his head.

“Because of my dad's very strong views, he stepped on the toes of the wrong people,” said the MPL-PH shoutcaster whose father happens to be hard-hitting (and fast-talking) AM radio anchor Rene Sta. Cruz of DZBB. “It affected his career, it affected our safety.”

Of course, parents since time immemorial would always tell kids to take care. But Renmar had no idea that there was actual danger lurking behind his parents’ warnings.

Perhaps it was all for the best, but realization dawned on the 25 year old very late in the game. “It wasn’t until like high school or college that I found out [about] these threats, the risk of my safety as a kid, because of the toes that he stepped on,” he recalled in an interview with Spin.ph. From then, it all became clear: Why his dad would always be constantly looking over his shoulder, or why a bodyguard suddenly had to come and stay with them for a time, staying awake at night while the family slept.

But looking back, Renmar believes that, despite the clear and present danger stalking them, his father stood firm on the line he’d drawn on the ground.

“My dad had to tone it down a bit,” said Renmar, “because as much as he wanted to keep fighting that fight, he needed to keep his family safe. But he’s a very principled man. And yeah, that means, sometimes, financially, life is hard. But he stuck to his principles and his ethics as a journalist and a broadcaster. I’m happy my dad stuck to his guns.” 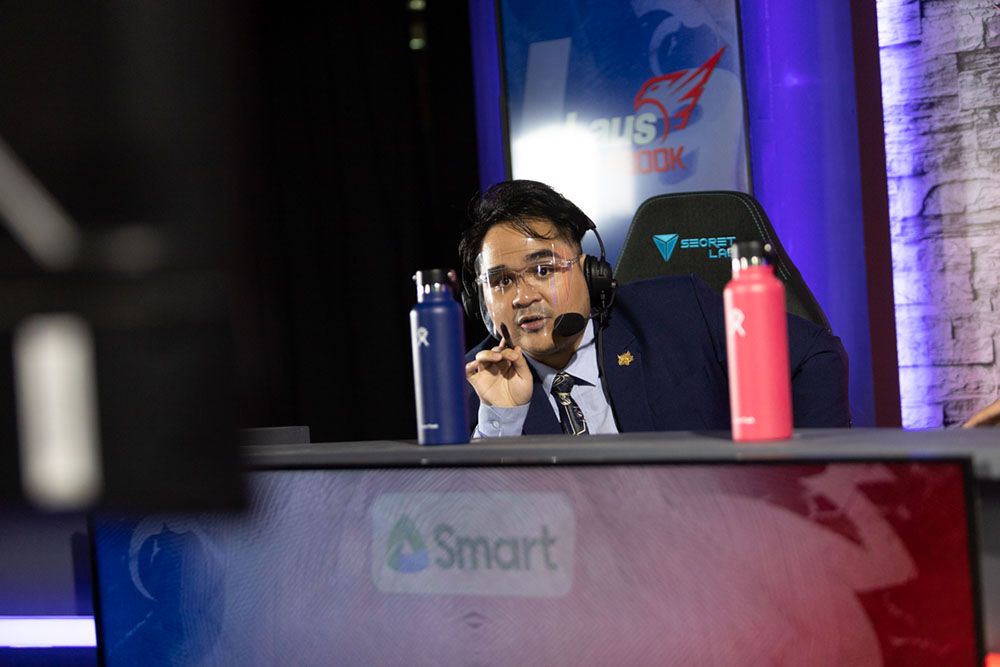 Even if broadcasting runs in his blood, Renmar had no clue that he was going to become an esports shoutcaster.

In fact, at one point in his life, he wanted to become a wrestler.

But even if Renmar would drop by the GMA radio newsroom on Friday afternoons and Saturdays, there was no pressure from Ka Rene to follow in the “family business”, so to speak. “He never told me what to do with my life,” he said.

Now, of course, Renmar “Reptar” Sta. Cruz is a familiar face for fans of the Mobile Legends Professional League-Philippines, having manned the broadcast desk since Season 5 as part of their crew of English casters.

So in a circuitous way, he did end up following on his father’s footsteps… while combining it with his own interests.

“I was a gamer for as long as I could remember,” Reptar said. “But even my previous life was, weirdly enough, very centered around radio. I was in the college radio station for DLSU Green Giant FM, and right in my last year of university, nakapasok sa rookie program ng Play FM naman.”

He added, “I really grew up with radio, but at that time, in terms of my career, I really didn’t know where to go.”

When a full-time gig with Play FM did not materialize, he drifted into office jobs. Then in 2019, just as the MPL-PH was gearing up for Season 3, Mineski — who at the time was running production for the league — snapped Sta. Cruz up for a talent manager gig.

It was a wild baptism of fire into the industry.

“For Season 3, there was one giveaway portion nung MPL Finals na si Manjean at si Wolf, bumaba sa stage at pumunta sa crowd,” he laughingly recalled. Dressed in a crisp white polo that would, in a minute, transform into a rumpled mess, the new talent manager followed them without a second thought. “Sumama ako sa bouncers, kasi kelangan kong protektahan ang mga talents ko. As in, tulakan yun kasi giveaway portion! I was like: Help!”

His brief stint in the esports organization convinced him that he wanted to do what Manjean and Wolf were doing. Reptar locked himself in a room, and spent the next few months studying everything there was to know about casting, watching and rewatching clips of the talents he used to manage.

“I'm thankful. I have very very supportive parents. They knew what I was doing. I told them, ‘Ito po gagawin ko, please trust me that this will work out.’ And it did,” he said.

Officially coming into the MPL-PH caster crew full time for Season 5, Reptar is glad for three seasons’ worth of chemistry and camaraderie within the panel — especially in the midst of a difficult pandemic broadcast, with everything online and a live audience out of the question. 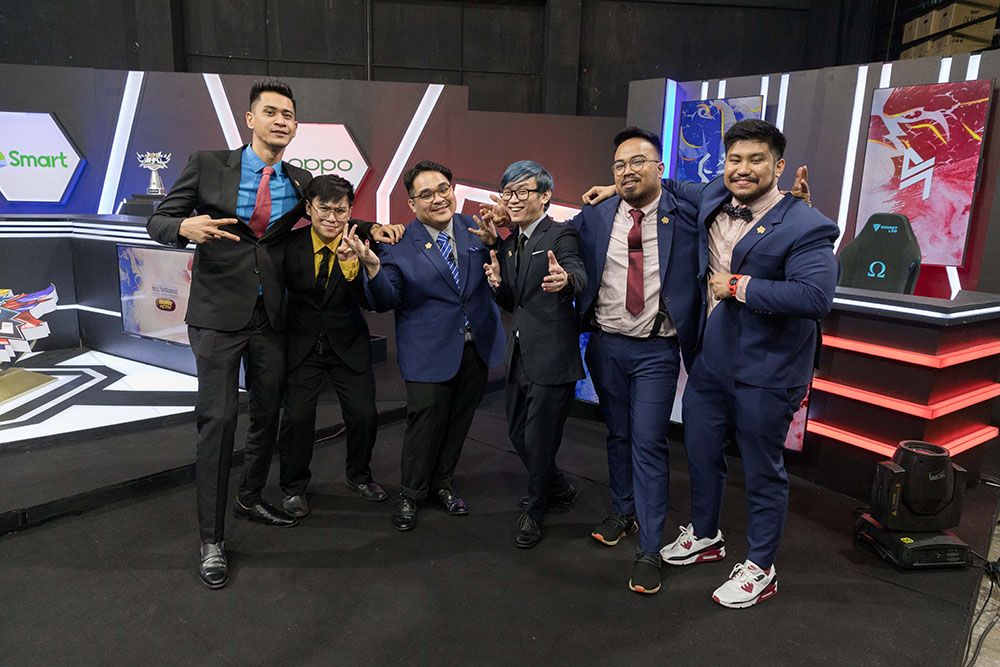 The bond between Reptar and Ka Rene

Among the reasons why Reptar decided to make casting a full-time job was because “I just wanted to be here more for my family,” he said. “You know, my parents never asked for it, but I’m the type na, if ever there’s an opportunity, I want to help them out financially.”

“My dad was diagnosed with a very unique form of appendicitis,” explained Reptar. One day, Ka Rene — fit, trim, only about to turn 70 — suddenly felt an unbearable pain blossoming in his gut. While it faded away that first night, his condition began to visibly deteriorate, until the family had to take him to the hospital, and Ka Rene discovered that his appendix had burst, and that his insides were already bleeding.

By then, Season 8 — the debut of a brand, shiny new franchise league, with all the production glitz that involved — was already in full swing.

“Those first two, three weeks were really tough because I was worried sick,” recalled Reptar. 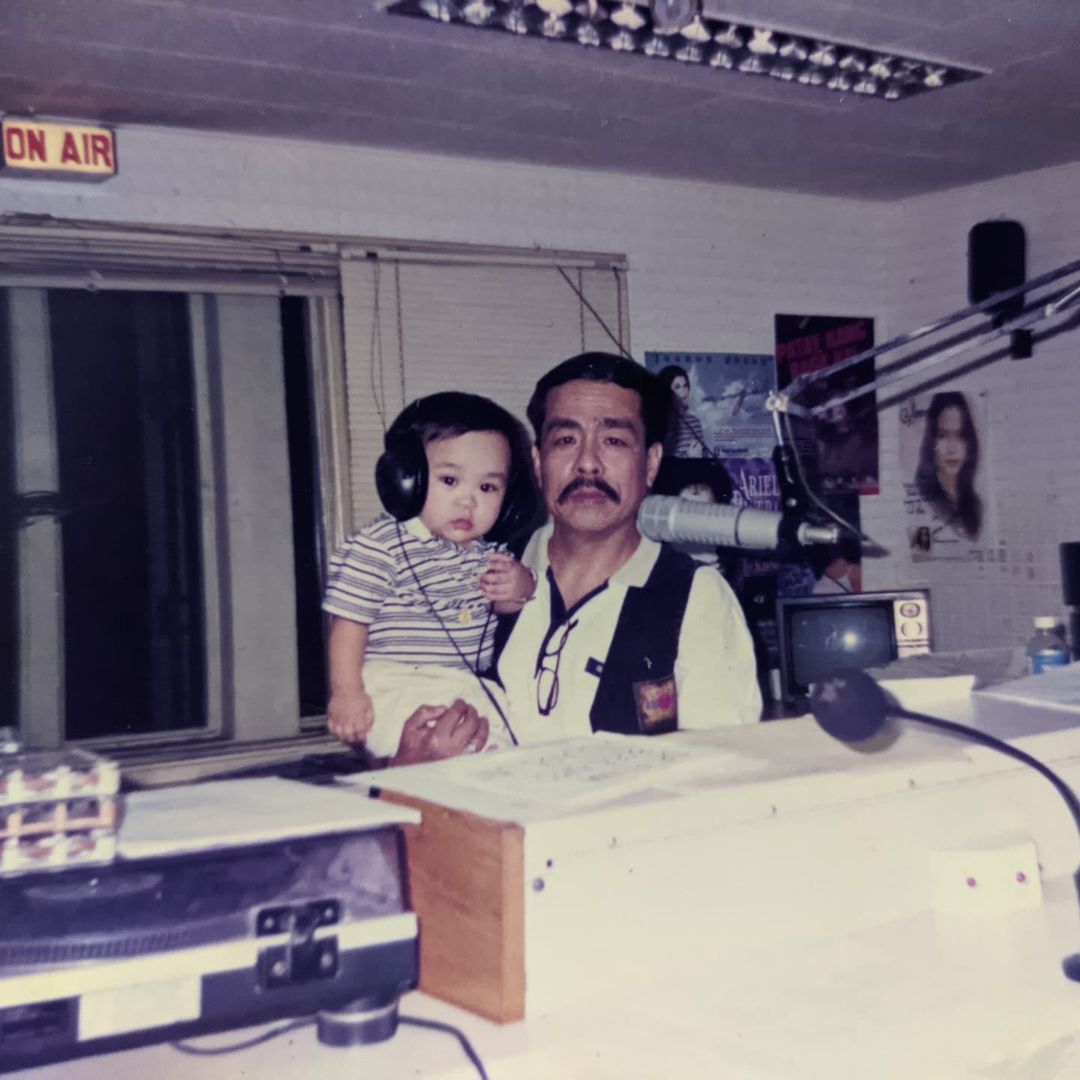 “He lost a lot of blood,” the caster said. “I didn’t find out from my dad until he got back. I had no idea at that time. But we almost lost him. He told me that he really thought that that was it for him at that moment.”

As his father went under the knife for surgery, Reptar, who is an only child, found a renewed source of strength in his mother.

“My mom was the warrior. She was the rock,” he said. Because of pandemic restrictions, she was the only one who could visit Ka Rene at the hospital, or go to the blood bank to get her husband what he needed. With her own share of health problems, it was not an easy time for her. But one day, Reptar took her aside and told her, in a moment of pure honesty: “I need you to still be here with me.”

“Hearing me tell her that I still need her in my life,” Sta. Cruz said, his eyes tearing up during the interview, “it kept her going strong. She did everything for me.”

Reptar only told a few people at the MPL-PH what was going on, and kept right on working. After all, that’s what his father would have wanted.

“Broadcast has been his entire life. I guess remembering those stories [of] him still continuing to do his job even though he would receive death threats, he’d go through so much... He still did it. Because he knew there were people counting on him to deliver the news,” Reptar reflected.

Ka Rene survived the ordeal. Early last month, Sta. Cruz opened up about what the family had been through in a touching public post on Facebook, posting a picture of a young Reptar and a young Ka Rene inside the DZBB newsroom. “I am the man and broadcaster I am today thanks to him and I'm glad we get to be in each other's lives longer,” he wrote.

According to Renmar, the veteran journalist is at home now, having shed a lot of weight but still looking as fit as ever. He’s puttering in the garden most days, but as the MPL-PH Season 8 hit its midpoint, his son excitedly calling every exciting play in the tri-cast, Ka Rene also recently went back to his show at DZBB: two Sta. Cruzes, a generation apart, their voices carrying out into the airwaves.