WHEN Moonton released Paquito, “The Heavenly Fist”, last January, Mobile Legends gamers flocked to the new hero. According to numbers released by the game developer, he has a usage rate of up to 3 percent in games above the rank of Legend, with a win rate of 53 percent.

He also set a “sales record” within the first week, said the company in a statement. 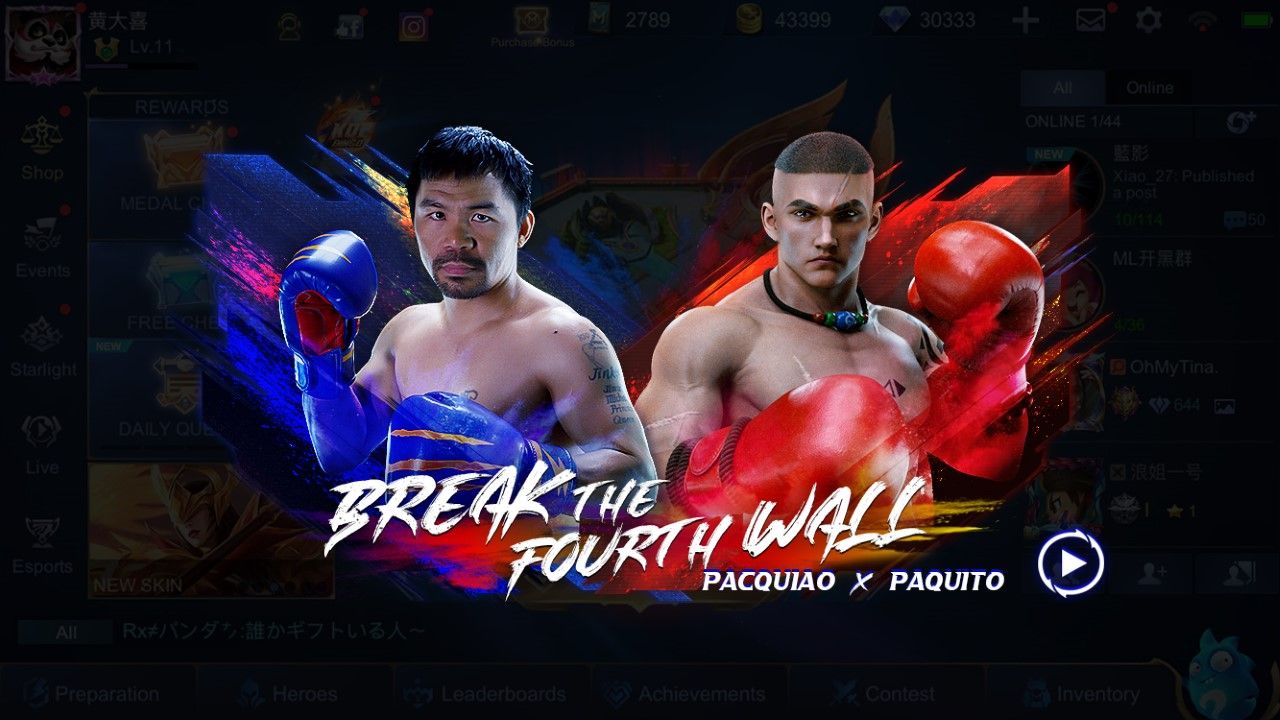 Now, Pacquiao himself comes to Land of Dawn in a new Manny Pacquiao skin for the Heavenly Fist.

In a statement, Moonton said that it took them up to six months to create the skin — two months longer than the actual creation of Paquito himself.

“Hundreds of photos of Manny were taken and collected to perfectly capture the in-game details such as tattoos, expressions, and other minute details,” said William Mei, marketing manager for Mobile Legends: Bang Bang in the Philippines.

Added Pacquiao: “It’s hard to say no when you have a hero inspired by you in the game and now, they will give him new skin which will have my name on it. It’s exciting.”

The attention to detail seemed to have paid off, with promotional posts showing off accurate tattoos.

The Pacquiao licensed skin will be available tomorrow, 13 April, for 899 Diamonds. However, there will be a 30% discount for the skin on the first week of its release, as well as a number of in-game events so you can earn it for free.

The skin will be available up to September 15.