THE INTERNATIONAL 8’s OG roster had one of the most exciting Aegis runs in recent history. It featured the now retired but sorely missed carry extraordinaire Anathan "Ana" Pham and flamboyant roaming support Jesse "JerAx" Vainika. This line-up made OG fans out of many of us.

Team Spirit, the most recent champs, had stellar performances from Magomed "Collapse" Khalilov and Illya "Yatoro" Mulyarchuk that were magical on so many levels. They beat a lot of popular teams like OG and Team Secret on their way to their championship, so it was definitely no fluke. They had a formula that worked.

The reason I chose TI8 OG instead of TI9 OG was because of the common denominator in both the TI8 and TI10 finals: a stacked PSG.LGD line up. (Sorry, China.)

The meta may be completely different today for that particular OG lineup, but let’s pretend that Dota 2 is a balanced game, and break down the hypothetical matchup between these two legendary teams. 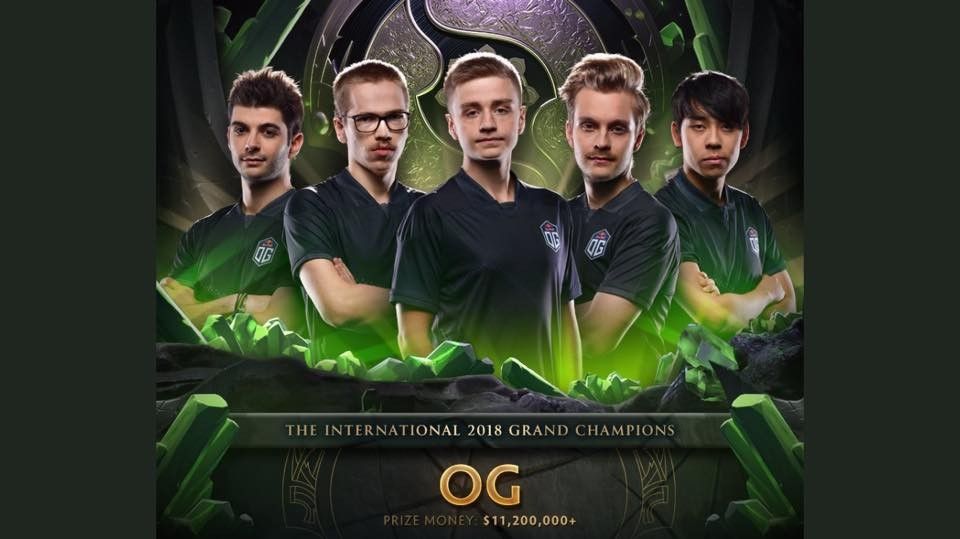 The battle of the hard supports in Dota 2 may not be the most flashy or fun to watch, but it is actually one of the most important. Reading the map carefully to set up the vision game in your team’s favor while setting up the game for your carry in the early game can be such a thankless job, but someone has to do it.

Experience-wise, Johan "N0tail" Sundstein has the advantage with more than a year of competitive MOBA experience in his belt. And while Yaroslav "Miposhka" Naidenov is the veteran of the Team Spirit lineup, his experience pales in comparison to n0tail’s.

In terms of picks, Miposhka showed a lot of favor in picking these long CD big fight heroes like Bane and Winter Wyvern. This could really affect the impact of the hero in fights that break out often, specially against TI8-era OG, who like to skirmish very often.

N0tail preferred very early game to mid-game oriented heroes with zoo potential during OG’s TI8 run. Picks like Chen, Enchantress, and Nature’s Prophet were part of N0tail’s bread and butter. With the natural early pressure of those picks, he can easily outplay Miposhka with brute force early on.

As good as Martin "Saksa" Sazdov is as a player he just didn’t have the magic of flair and panache that JerAx brought to the temple. Saksa was underwhelming in OG’s TI run and always just fell short. JerAx was a totally different story. He averaged 18.8 assists per game during their Grand Final against PSG.LGD.

While Miroslaw "Mira" Kolpakov had a very respectable series in their Grand Final win, it was far from what JerAx provided. Mira averaged 11.8 assists per game during that time but he was more of a quiet performer for Team Spirit and on the greatest stage of Dota 2 you gotta be wowing the audience. 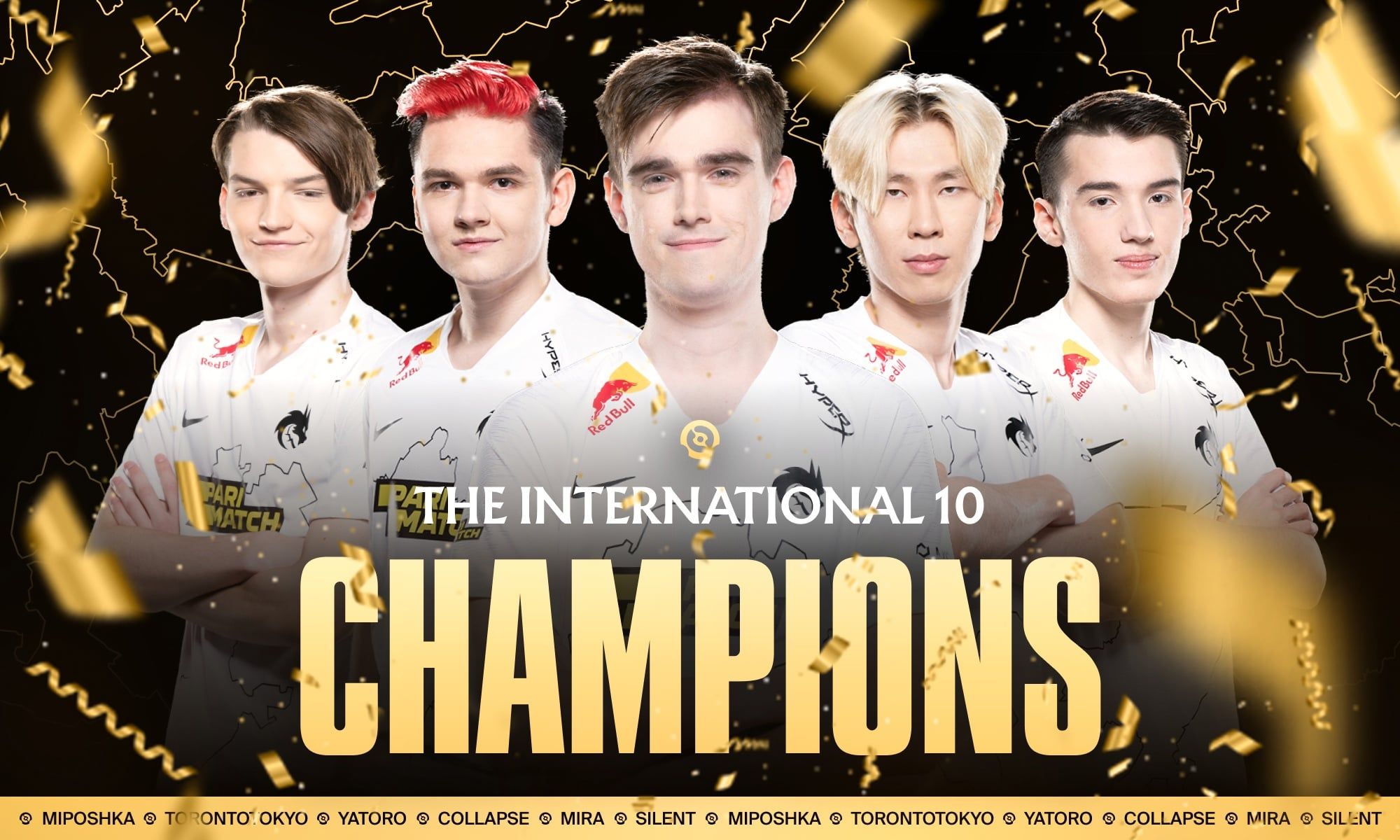 Many players and pundits consider Sebastien "Ceb" Debs to be one of the brightest minds in the Dota 2 scene. His decision making and shot-calling is definitely god-tier for OG, but mechanically he isn’t the greatest of players. While everyone remembers his legendary Axe call against PSG.LGD, Ceb’s moments weren’t as grand as that of Collapse in their Grand Finals.

Everyone now wants to play Magnus like Collapse. He was a key factor in Team Spirit’s unbelievable run to claim the Aegis. Collapse played the game so smartly and he played Dota 2 his own way. Collapse wasn’t a one-trick pony with his Magnus for Team Spirit as well since his Mars and Tidehunter were equally scary.

Topias "Topson" Taavitsainen in TI8 was a man on a mission. In his first ever TI appearance, he was just what OG needed by making whatever he felt like playing in the mid work out for the European team. Even in TI10, he was one of the more effective players for OG, making space for Syed "SumaiL" Hassan and even had games where he simply took over.

It was GigaChad Topson mode. During the TI8 Grand Finals, he was active in at least 21 kills per game and he played a good variety of heroes to keep PSG.LGD guessing.

Alexander "TORONTOTOKYO" Khertek was a very stable force for Team Spirit in their Aegis run. He showed good prowess with the mid Spirits as well as with Puck and Invoker. So in terms of hero pool, the young Russian midlaner was definitely not lacking. TORONTOTOKYO was active in at least 13 kills per game for Team Spirit against PSG.LGD.

The two did actually also already face off in TI10, but Topson took one for his championship team, with Team Spirit actually being the one that eliminated OG in the tournament. But in terms of pure numbers during a TI Grand Final an in-form Topson would outperform TORONTOTOKYO by a mile.

Now this is the trickiest matchup of the series. Ana prefers fighting with his team early with picks like Juggernaut and Ember or he could also switch things up Phantom Lancer and Spectre. What made him perfect for OG was he knew how to play around with his team’s timings even if he was playing traditional late game heroes. He was a very active carry while still maintaining a very respectable GPM for his team.

On the other side of the map you have Yatoro who was one of the most dominating carries in TI10. A totally flexible player and an absolute farming monster, Yatoro demanded respect from his enemies. Yatoro played a total of 21 heroes during The International 10’s main event. Yatoro averaged 710 GPM and 7.2 kills a game in his five games against PSG.LGD in the Grand Finals. For a rookie like Yatoro that was pretty damn impressive.

OG’s TI8 roster was known for effectively slowing down their opposing carry’s farm. But all we can do is imagine how the early game would play out with these two teams.

Due to the pure numbers of Yatoro, he gets the very slight edge over Ana in this one.

While OG has a match-up advantage in terms of their roster compared to Team Spirit. The beautiful thing about Dota 2 is nothing is really decided until the enemy’s Ancient falls. We can all but dream to be blessed to watch an exciting series between TI8 OG and TI10 Team Spirit.