AFTER A plethora of disjointed teamfights and a horrific showing against Onic PH, it seemed Nexplay EVOS was doomed to languish at the bottom of the MPL-PH standings.

Then came their matchup against the SEA powerhouse, Omega Esports, who just came from yesterday’s 2-1 defeat against the defending MPL-PH champions, Blacklist International.

The first game of the series was a back and forth battle between Renejay “RENEJAY” Barcarse and Patrick James “E2MAX” Caidic as both players exchanged crucial momentum-building plays. Renejay’s sudden entrances with his Alice and E2MAX’s damage outburst with his Beatrix had their moments in every teamfight.

But ultimately, Renejay became the decisive factor as he exploded in the 11th minute, leading to Nexplay’s final push to victory. Omega desperately tried to defend, but Nexplay’s tanky lineup absorbed most of the opposition’s damage. 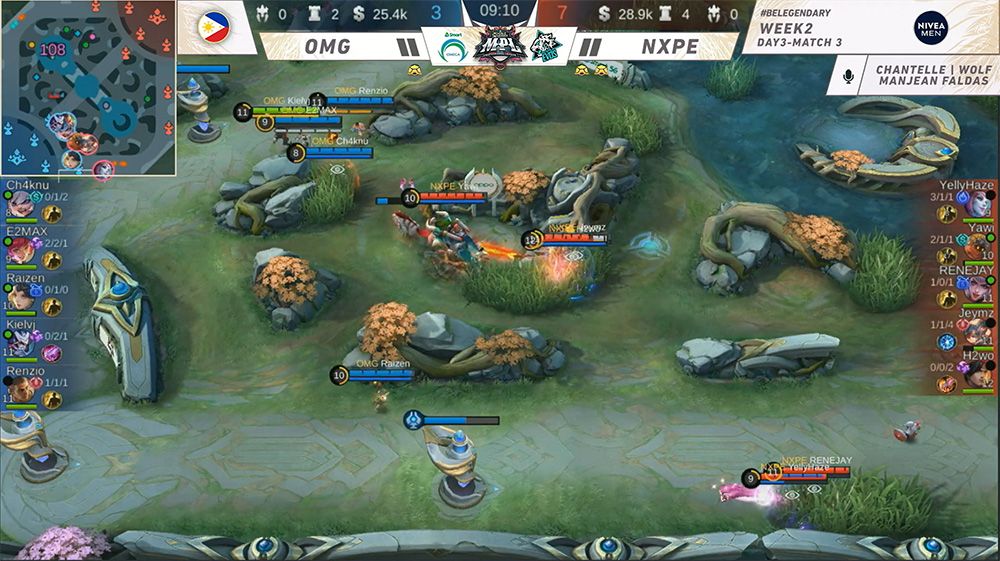 After an impressive performance against the SEA juggernaut, Nexplay aimed to go for a sweep. Tristan “Yawi” Cabrera pulled off important ejector plays with his Jawhead, which created opportunities for James “Jeymz” Gloria and John Paul “H2wo” Salonga to engage.

But just when Nexplay looked like it would win the series, Joshua “Ch4knu” Mangilog spoiled their chances in the 15th minute with his Chou play. His heroics, combined with E2MAX’s surprises, as well as the team’s tankier composition overwhelmed Nexplay, leading to Omega’s victory.

With the series tied, both teams exchanged blows to regain their edge. Omega seem to have the upper hand as Ch4knu and Kiel VJ “Kielvj” Hernandez dictated the early phases of the game, but Nexplay were able to bounce back in the 14th minute as they took Kielvj out of the equation.

Leading to the final clash in the 22nd minute. Ch4knu denied Nexplay an opportunity to acquire the Lord. However, Renejay and H2wo executed a crucial play, following the minion wave and going for the inhibitor push, before finally finishing off the SEA powerhouse.

During the post match interview, Renejay mentioned that his presence gave his team the confidence needed.

Blacklist’s UBE strategy remains unscathed as they were able to win over Echo PH in a gruelling 2-1 series.

Echo forced a decider in Game 2 as Jaymark Aaron “Hadess” Lorenzo delivered a flawless performance with his Lancelot. But both the first and final games showed that Blacklist’s team-oriented approach was too much for Echo to handle.

Onic PH’s undefeated streak carries on as they easily dispatched TNC in a commanding 2-0 sweep. TNC had no answer from Onic’s systematic objective taking approach. It likewise didn’t help that TNC struggled to find an opportunity to attack Onic’s backlines.