DAYS after controversies erupted after the first weekend of the Mobile Legends Professional League-Philippines' Season 7, MPL-PH has released a statement about the actions it's taken to address them.

“It was brought to the attention of the MPL-PH Committee that there were some inappropriate posts and comments that took place over the course of Week 1 of the Regular Season,” the statement began.

These posts and comments led to "the community's suspicion and negative impact on MPL-PH's reputation."

In addition, the statement continued, these posts violated two specific league rules, one governing "unprofessional behavior", and the other governing public statements about MPL, Moonton, and Mobile Legends.

As a result, the league meted out "heavy punishments and serious warning to all related players and staff."

March 21, the date mentioned in the statement, had two matches: Aura PH vs. Blacklist International, and Bren Esports vs. Nexplay Esports.

However, the statement did not name any teams or players involved. Nor did it specifically mention any incident that spurred the release of the statement. 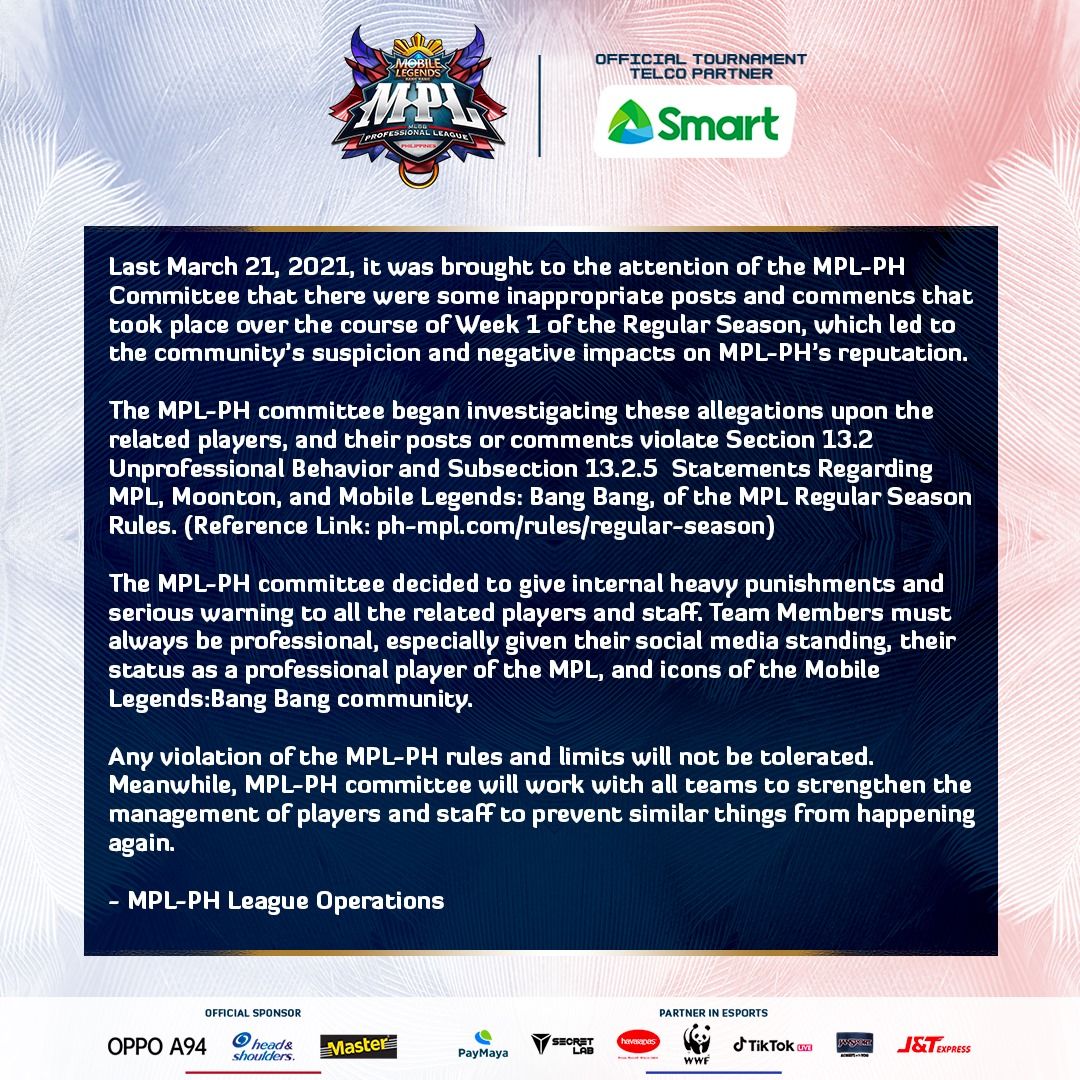 (UPDATE 25 March, 7:30 p.m.) Speaking to SPIN.ph, the head of MPL-PH League Operations would not detail the punishments given, but said that "the punishments/penalties are heavier compared to previous ones."

He also added that league will not be releasing the names of the players involved.

(Original story continues:) In its statement, the league warned: "Team players must always be professional, especially given their social media standing."