Model-turned-actress Megan Young made global headlines in 2013 when she became the first Filipina to win the Miss World title in the pageant’s 63-year history. Capturing the world with her doe-eyed look and svelte frame, it then came to the surprise of many when the beauty queen made no qualms about letting her hair loose every once in a while to put in some serious gaming action.

Young serves as one of the newest endorsers of foodpanda. She relishes the opportunity to partner with the country’s on-demand food delivery service, knowing full well how the convenience of having meals and essentials delivered in an instant is basically a godsend for gamers like her. foodpanda lists over 20,000 restaurant partners nationwide and promises to deliver one’s favorite meals in just 25 minutes or less with as much as 40% discount.

But how exactly did Young find herself holding gaming consoles when she’s not busy being a beauty queen?

“I’d like to say that I was a gamer first, so, actually, the better question is ‘How did a gamer become a beauty queen?’” Young says, laughing. “I started gaming when I was pretty young. My parents introduced me to educational games, then, eventually, it developed into a love for recreational games.

A product that focuses on satisfying the preferences of the hungry, busy, and playful, foodpanda is a viable technology that’s easy to navigate, convenient, and most importantly, makes food and grocery shopping a satisfying experience--especially since we’re staying indoors more.

“Having foodpanda makes everything so much easier when you just want to have fun gaming,” Young says. “I think it’s always fun to have the food you love the most with you while gaming. It just makes the experience more exciting.” 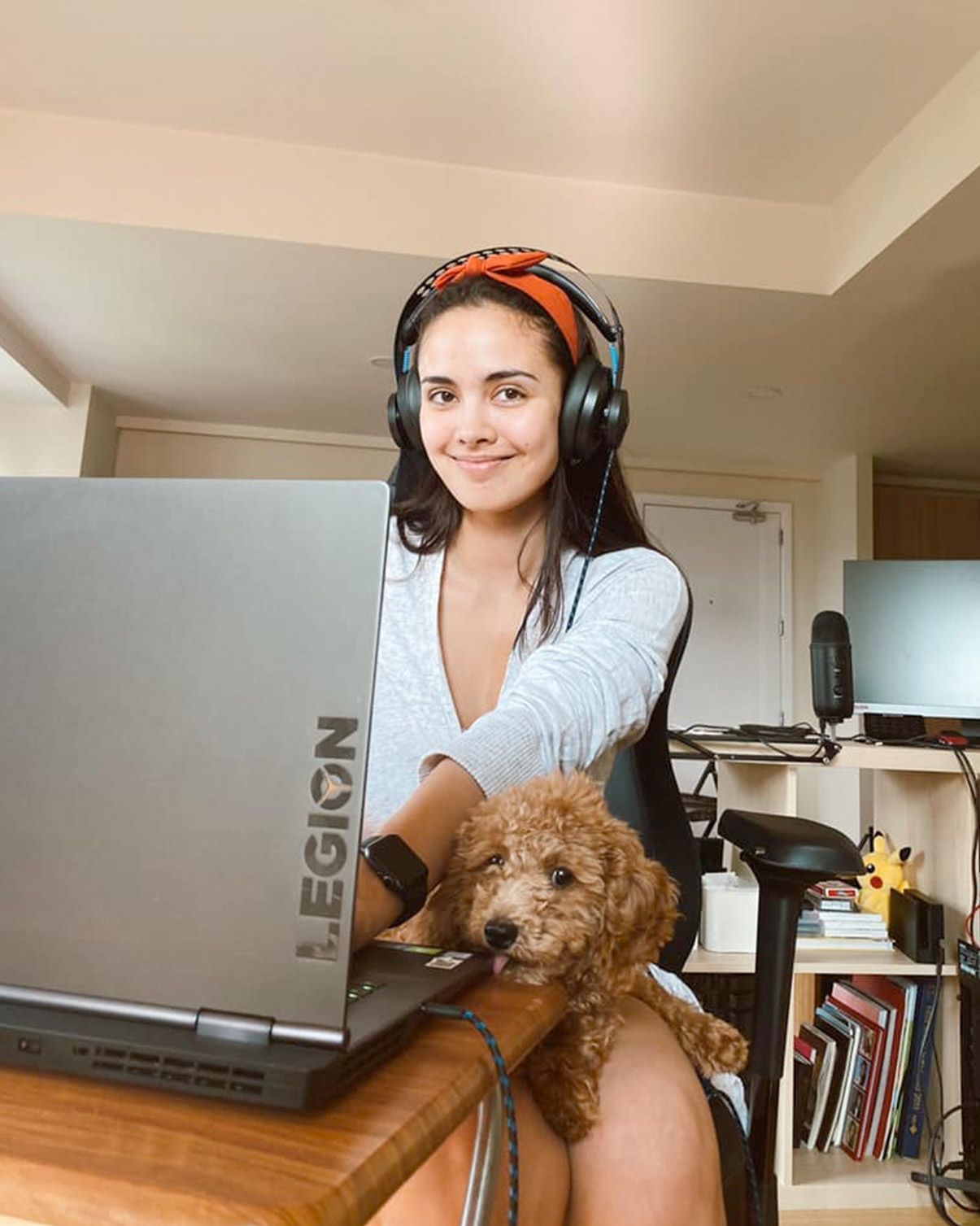 Young has been playing a lot more video games since the lockdown with her husband and fellow gamer/foodpanda endorser, Mikael Daez. She knows that some people think she’s not into games that much, or the only reason she’s playing is because of her husband.

But Young actually began playing video games early on, starting with the classic titles such as Mario Party and Pokémon Snap on her Nintendo N64 in the late ’90s.

“It’s actually surprising because at some point in our relationship, we both realized that we’re both into video games and that we’ve actually played these games even before we met each other,” she says. “I remember when we first heard about Ragnarok coming to mobile, I was like ‘I loved this game in high school!’ and Mikael could not believe it because it was also a game he played back then.”

Recently, Young has been spending more time playing Animal Crossing on her Nintendo Switch. As for her gaming food, a recent favorite order from foodpanda has been steak burrito with cheese. “We’d always order it in the middle of a gaming session,” Young says.

The gamer beauty queen adds that she and her husband are happy to be part of the foodpanda family, especially with how food and gaming go hand-in-hand, saying it’s the perfect combo to go with their personalities.

Of course, you don’t have to be a beauty queen or even a gamer to enjoy foodpanda and its unmatched offerings. You just need the app, an idea of what you want to eat, and your order will be delivered to you as expertly handled as a beauty queen facing pressure, and as quick as a gamer making split-second decisions.

The continued uncertainty may stay a little longer, but foodpanda is committed to serving its customers from nationwide key cities to unchartered territories. Reliable and functional, it will make your time hunkered at home a whole lot more enjoyable. From game-day grub, a hearty dinner, to lunch at your home office -- they are just a tap away.

New to foodpanda or have a friend who is? Visit this link and get inspired by Megan’s food and more delivered experience by foodpanda!
___