This is Anakin VI Gaming, a blind 'Tekken' streamer with the dream of turning pro

ANAKIN VI Gaming is not your typical streamer.

Born with persistent hyperplastic primary vitreous (PHPV), an anomaly in his eyes that has rendered him totally blind since birth, Anakin is a young streamer from the Philippines.

Editor's Note: This article originally appeared in ONE Esports, and is republished here with permission from ONE Championship.

He relies purely on audio cues for his gaming experience. Sound guides him through punches and kicks, tells apart a rage art from a rage drive, and even Devil Jin from Jin. 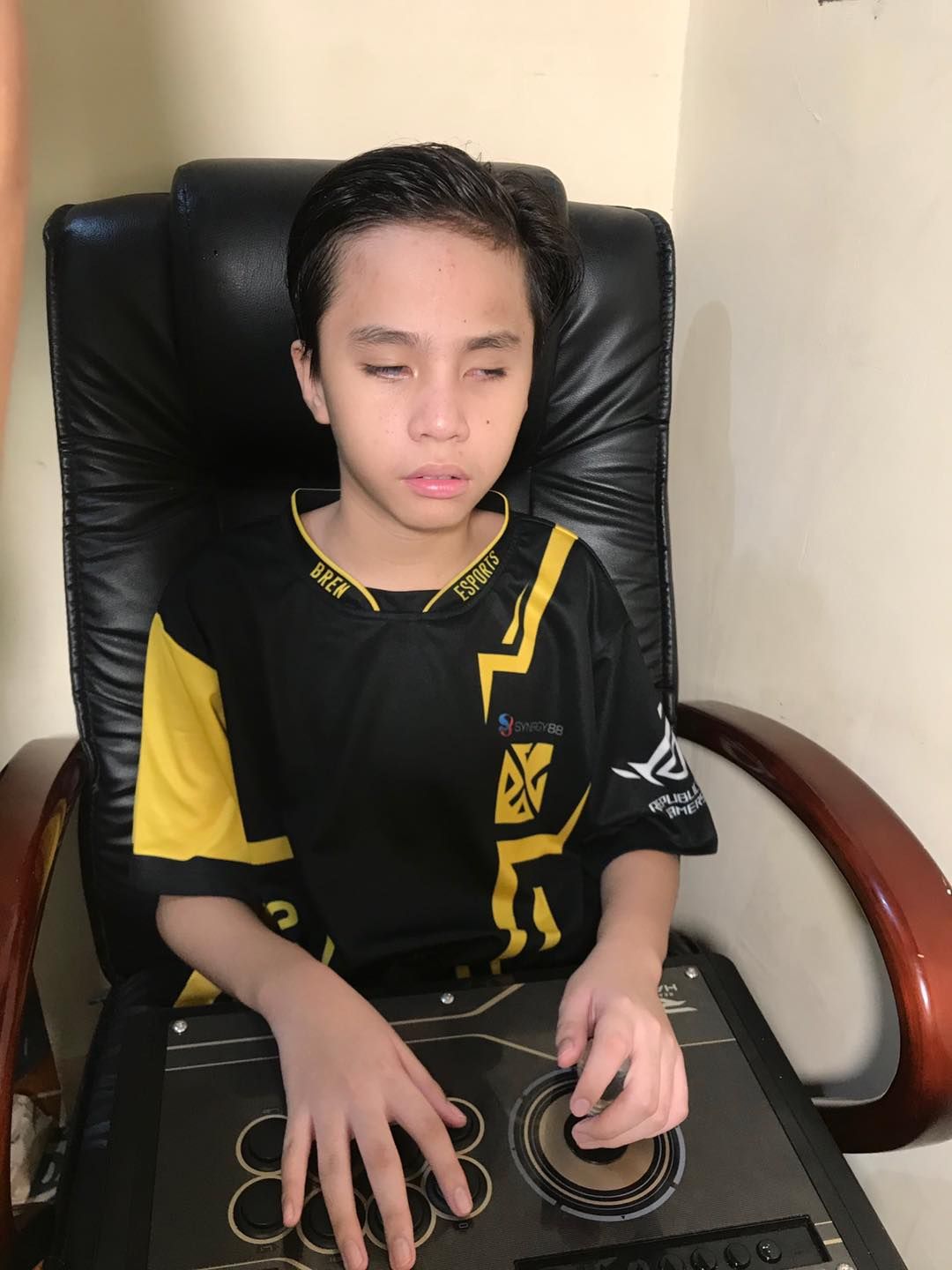 Anakin told ONE Esports that he first developed an interest in video games at the age of five, when he overheard his uncles playing Tekken Tag Tournament 2 at a holiday gathering. The energized shouts and cheers attracted his attention. With the help of his uncles, he started studying the game and hasn’t stopped playing since.

Anakin mains Dragunov and has reached the rank of Grandmaster on Tekken 7. He has explored all other playable characters as well and is determined to get better with his Tekken skills. He enjoys other fighting games as well, such as Street Fighter and Jump Force.

Anakin is often drawn to the sound of an enthusiastic gamer and says he got the idea to stream when he heard people streaming on Facebook, such as Pinoy Mobile Legends streamer Doofenshmirtzz.

“Everyone sounds so happy,” he smiles. “I thought I should try it too!” 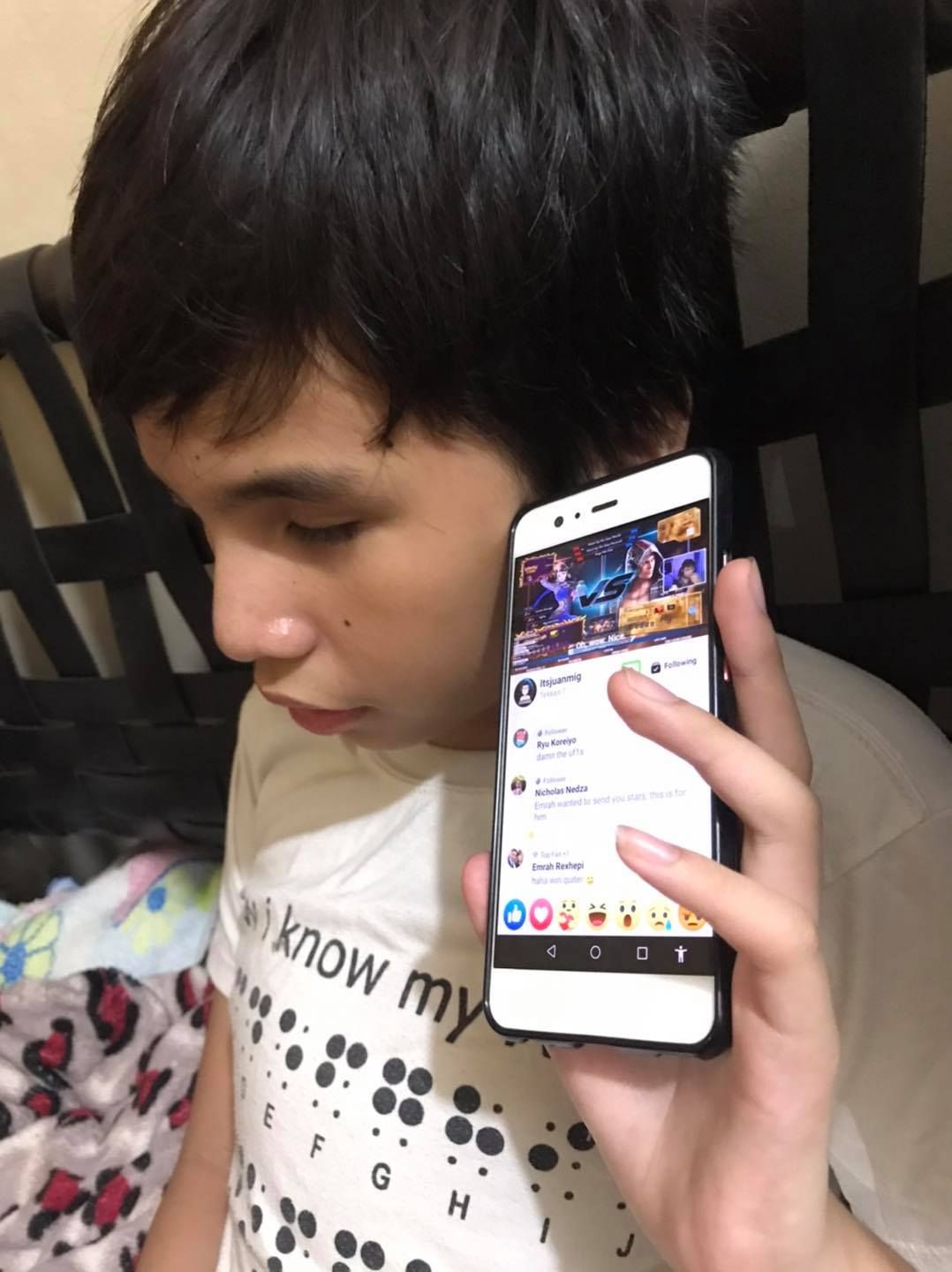 Optimistic and well-spoken, the young Tekken enthusiast interacts graciously and animatedly with his supporters on stream. He often copies the in-game voice lines and knows the rhythm of every combo to a tee. He is assisted by a voice-activated phone for the blind to read comments from supporters, and barely even needs assistance when setting up his streams.

“Super happy” with his newfound hobby, Anakin says his streams have made him quite popular amongst his friends and classmates in his school, the Philippine National School for the Blind in Pasay City. The young streamer has so far garnered over 1,600 followers on his Facebook gaming page.

He receives frequent messages of encouragement from his viewers who tell him to keep grinding. However, Anakin admits that not everyone is impressed with his streaming. 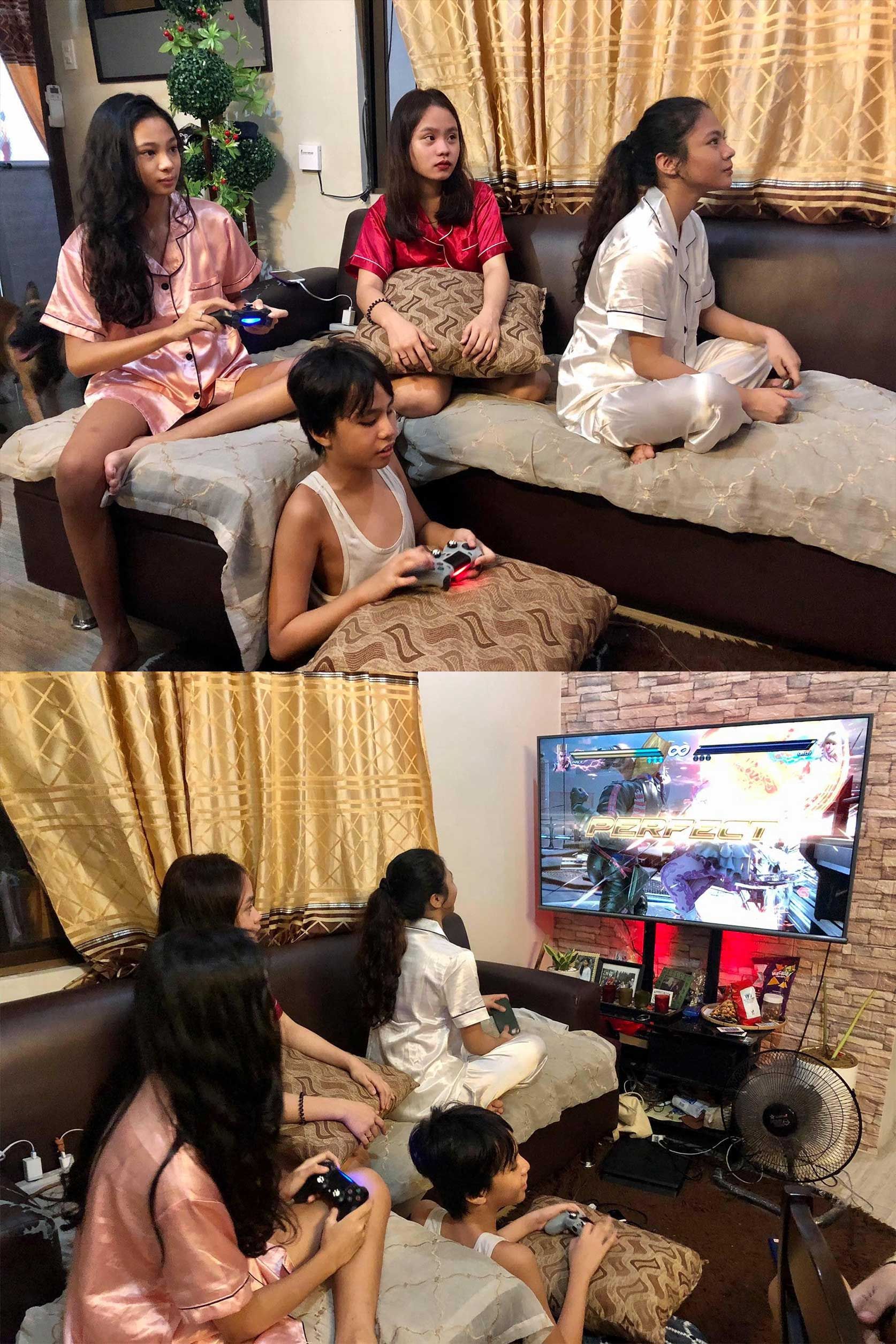 “Sometimes I get bad comments,” he shrugs. “But that’s social media for you. There’s no getting rid of that. I just use that to motivate me to get better.”

Anakin says that he would love to meet more streamers with disabilities. As his page gains traction, he can also inspire more persons with disabilities to stream or to be more visible. He hopes to one day be a professional player and is determined to practice and improve his game.

“People should know that disabilities or any hardship shouldn’t stop you from enjoying life and achieving your dreams, not even from enjoying video games and being a streamer! Keep it up. Giving up is not a choice.” 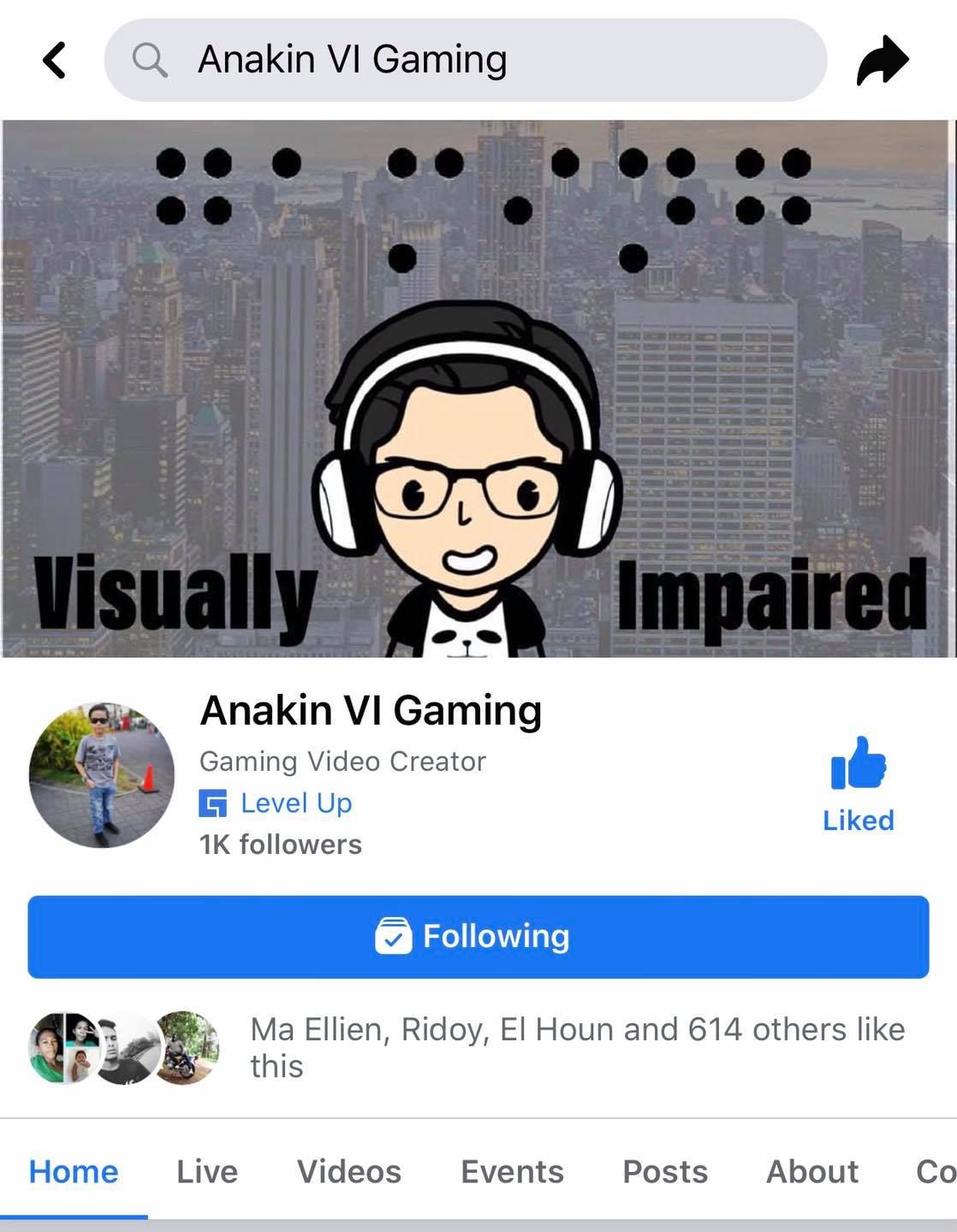