L3bron out at Bren Esports

L3bron was snapped up by Bren for their Season 8 run, but saw limited action off the bench. He was only fielded during the highly irregular final weekend of the MPL-PH’s regular season, during a match against eventual champions Blacklist International, where a deflated Bren declined to ban heroes during the draft phase.

“It was a short run, but it was definitely worth the while to have him on the roster,” Bren Esports said in an official announcement on Facebook.

It added: “Thank you, L3bron! We're looking forward to seeing more of your growth both in the entertainment and professional side of gaming.”

L3bron replied to Bren Esports' Facebook post with a meme of LeBron James elbowing Isaiah Stewart — an incident that was making the headlines just as Bren was making its announcement. "Sorry aken," he wrote, with a shocked emoji. 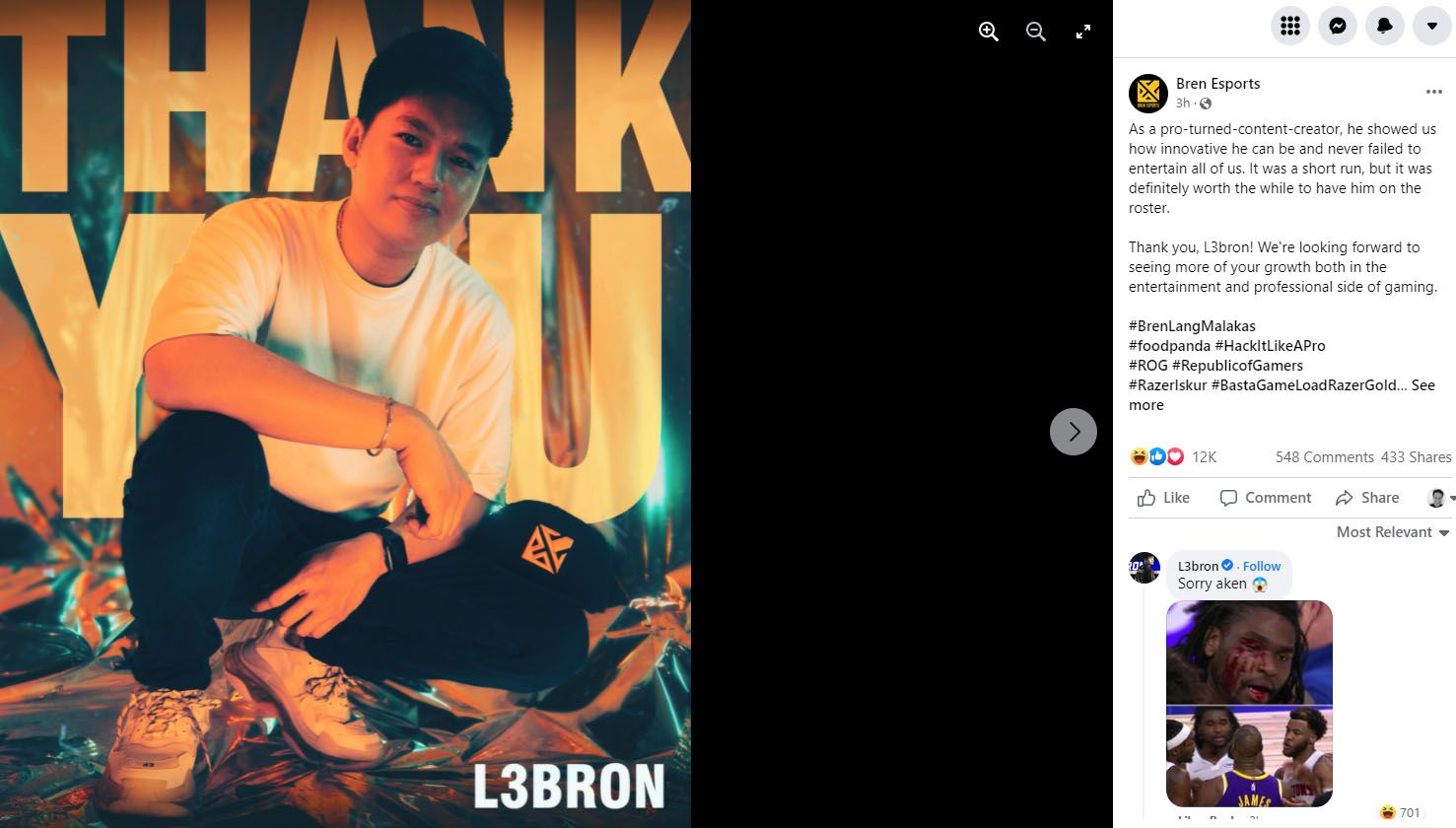 Part of the Aether franchise back in the MPL-PH’s inaugural season, as a member of the Aether Valkyrie squad, L3bron was one of the first pro Mobile Legends players to parlay his esports chops into a very successful streamer career.

During that first season with the MPL, other commitments forced him to step back during the playoffs, but Alonzo decided to go full pro with Aether Valkyrie from Season 2 onwards.

He departed Aether back in Season 3, and focused his efforts on becoming a streamer.

Prior to Season 8, when Bren — the inheritors of the Aether franchise — snapped him up again, L3bron had already amassed a massive following of two million fans on Facebook. It only grew even more during his brief stint at Bren, and as of posting, stands at 2.6 million.