ON April 22, 2020, under the blinding lights of the Mall of Asia Arena, the Beermen came back to play. Yes, even June Mar Fajardo.

It wasn’t real, of course. Ever since the pandemic raged like wildfire across the world, arenas have been shuttered, live sports ground to a standstill, the PBA in limbo. Terrence Romeo, Chris Ross, Mo Tautuaa, Alex Cabagnot — the entire Beermen roster are all, like the rest of us, under a nationwide quarantine. Fajardo himself is recuperating at home, his right tibia still healing, his hair already at messianic proportions.

But here he is, the six-time MVP as he was before his injury: trademark shirt sleeves peeking out of his jerseys, hair tied up in a bun, giving props to Romeo, kneeling on the hardcourt in supplication, his titanic six-foot-ten frame hammering down a decisive, double-handed dunk. 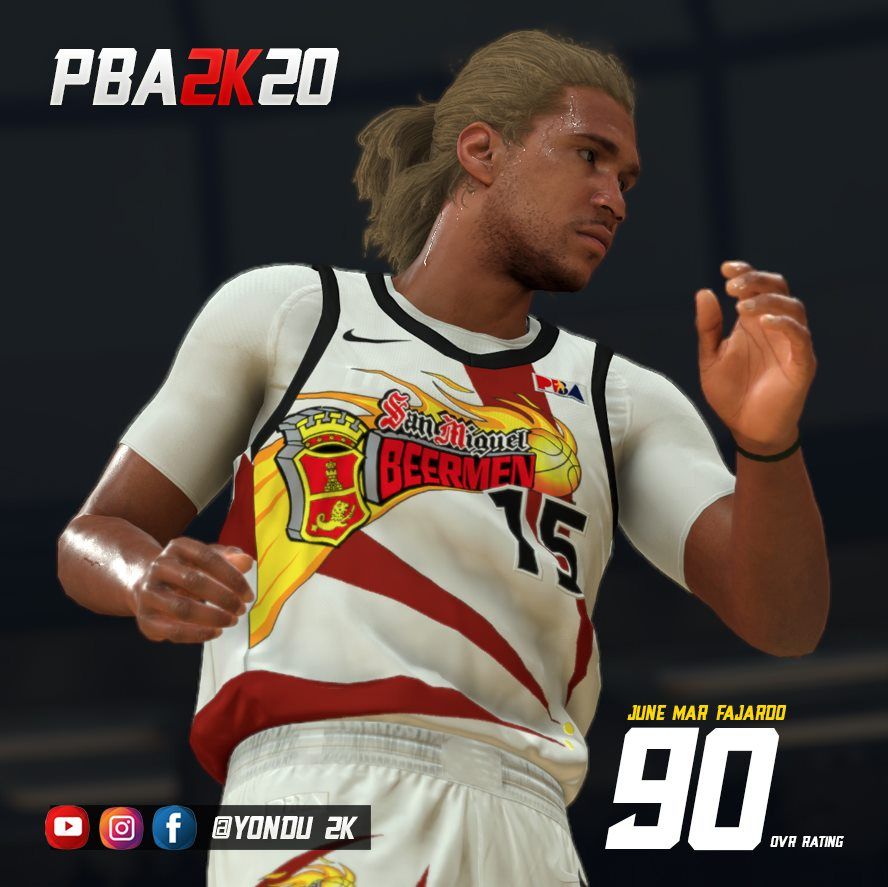 With everything that’s happened to the league, it’s almost surreal to watch the trailer, over and over again.

You know it’s a video game. It’s slick, it’s cinematic, and everyone has the aggressive, glossy shine of an NBA 2K highlight reel. But at the same time, there’s a part of your brain that’s thinking: This could be real. This should be real.

Yondu 2K, the online persona of 22-year-old JM Estember, remembers the first time he uploaded the trailer to YouTube. 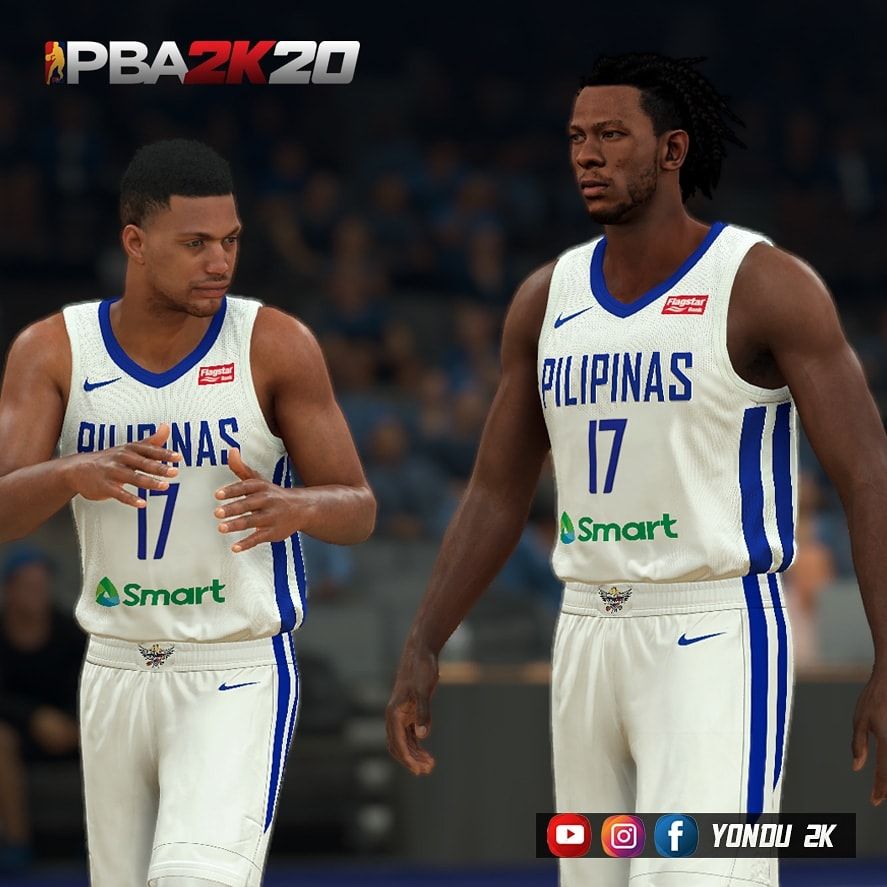 Before releasing the San Miguel trailer, Yondu had also recreated a digital version of the Mall of Asia Arena (albeit one still loaded with State Farm insurance promotions and peppered here and there with NBA logos). He had also modded a mythical version of Gilas Pilipinas, and soon after he premiered the SMB trailer, he matched up this squad of national team all-stars against his digital Beermen.

The game went down the wire, 107-106, in favor of the Beermen. The player of the game? Easily Terrence Romeo, with 28 points.

Despite their claim to realism (so much so that both NBA 2K, Madden, and many other series based on pro leagues bill themselves as “simulations”), sports video games are all about the power fantasy — you, who would never in your life suit up for the Bulls or the Lakers or the Spurs, stepping into the hardcourt, playing as (or playing against) your sports idols.

But for so long, this power fantasy has been limited to professional American teams. Yondu 2K, along with a pair of modders, are hoping to change that with an ambitious project of their own: to bring the entire PBA into NBA 2K20.

To pull off something like this requires the use of ‘mods’, or modifications to the game’s files.

NBA 2K20 is flexible enough to alter on its own. The game already allows you the option to create your own players, with sliders that allow you to tweak everything from nose length to jawline to how deep a player’s eyes can drill into his face. You can also design and use your own custom arenas.

This was actually how Yondu 2K began his work tweaking the game.

A modder since 2014, he was eager to get to work on the latest edition of the 2K series. “As an avid fan of Gilas PIlipinas, nahikayat akong gumawa ng face creations ng line up nila. Doon nagsimula ang pagbuo ko ng Gilas roster sa NBA 2K20,” he recounted.

Jason Castro was his first face creation on 2K20, followed soon by June Mar. He began uploading face creation tutorials into a YouTube tutorial, but soon began setting his sights on a bigger ambition: a fully fledged PBA mod for the game.

According to Yondu 2K, this kind of work requires going beyond system-sanctioned alterations. For the best work, a modder needs to tweak and replace the game files themselves.

Take, for example, the cyberface. 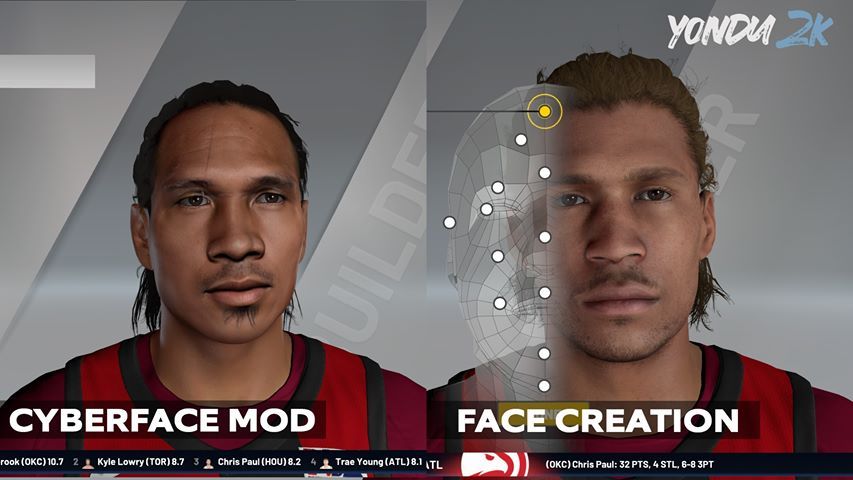 Like we said, it’s entirely possible to create, say, June Mar Fajardo by using the game’s official options, painstakingly adjusting the game sliders of height, build, complexion, and facial creatures to sculpt a digital version of the SMB big man. This is called a “face creation”, and this is what Yondu 2K was doing in his early work with NBA 2K20.

But when modders create a “cyberface,” as it’s called in the NBA 2K modding community, they replace an existing asset with one of their own creation — in this case, a digital recreation of Fajardo. This often requires the use of detailed photos to use as reference for both the features and the textures of the digital player, and to build a 3D model of the player’s body.

To his knowledge, their team is the only one doing this kind of high-level modding on NBA 2K. Every other PBA 2K mod out there, Yondu 2K said, is either just a reskin using 2K’s own tools, or a mod using files off an older version of the game like NBA 2K14.

During the lockdown, Yondu 2K partnered with two fellow modders, Unnamed 2K and El_ey, that he'd met in a Facebook group dedicated to the hobby.

“Nagsimula kaming mag-collab nung nag-reach out sila sa akin through Facebook,” he said, recounting the beginnings of the trio’s partnership. 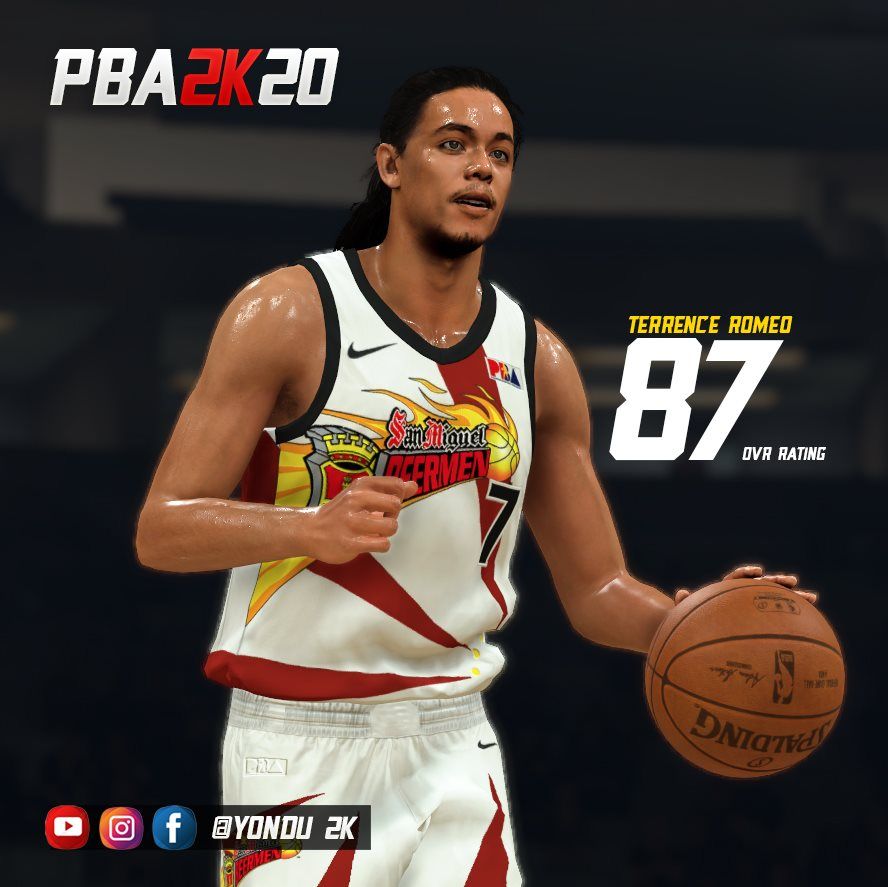 For his part, Unnamed 2K (real name: Emmanuel Yap) told SPIN Life: “Nakita ko [yung gawa ni Yondu 2K]. Nagandahan ako, tapos nakita ko mag-isa lang siyang gumagawa.” He created a cyberface of Japeth Aguilar to show off to Yondu, then asked if he could help out in the creation of the PBA mod.

To Yondu 2K, the talent of his would-be collaborators was clear. While a lot of modders actually wanted to partner up, “Silang dalawa talaga yung nakitaan ko ng potential.”

It probably also helped that both Unnamed 2K and Yondu 2K were Ginebra fans.

The three officially revealed the results of their partnership with the release of the project’s second trailer: a high-energy highlight reel for the league’s most storied team (and their personal faves), the Gin Kings.

The trio continue to make progress in their monumental task. The Beermen and the Gin Kings were just the beginning. Yondu’s team has already completed work on the Magnolia Hotshots and TNT Katropa. “Hindi talaga madali ang modding,” Yondu 2K said. “Kailangan talaga ng mahabang pasensya, passion at perseverance. Maraming parts ang modding, from roster, to player, to jersey, to court, to presentation.”

Based off advice from a senior fellow in the modding scene, Yondu 2K is also slightly wary of the PBA knocking on the door regarding rights. But he said to SPIN Life that should that happen, he’s willing to ask formal permission from the league.

Neither Yondu 2K, El_ey, nor Unnamed 2K are full-time modders, so they can’t give a timeline for the release of the mod. However, their leader said that they’re all working as hard as they can. 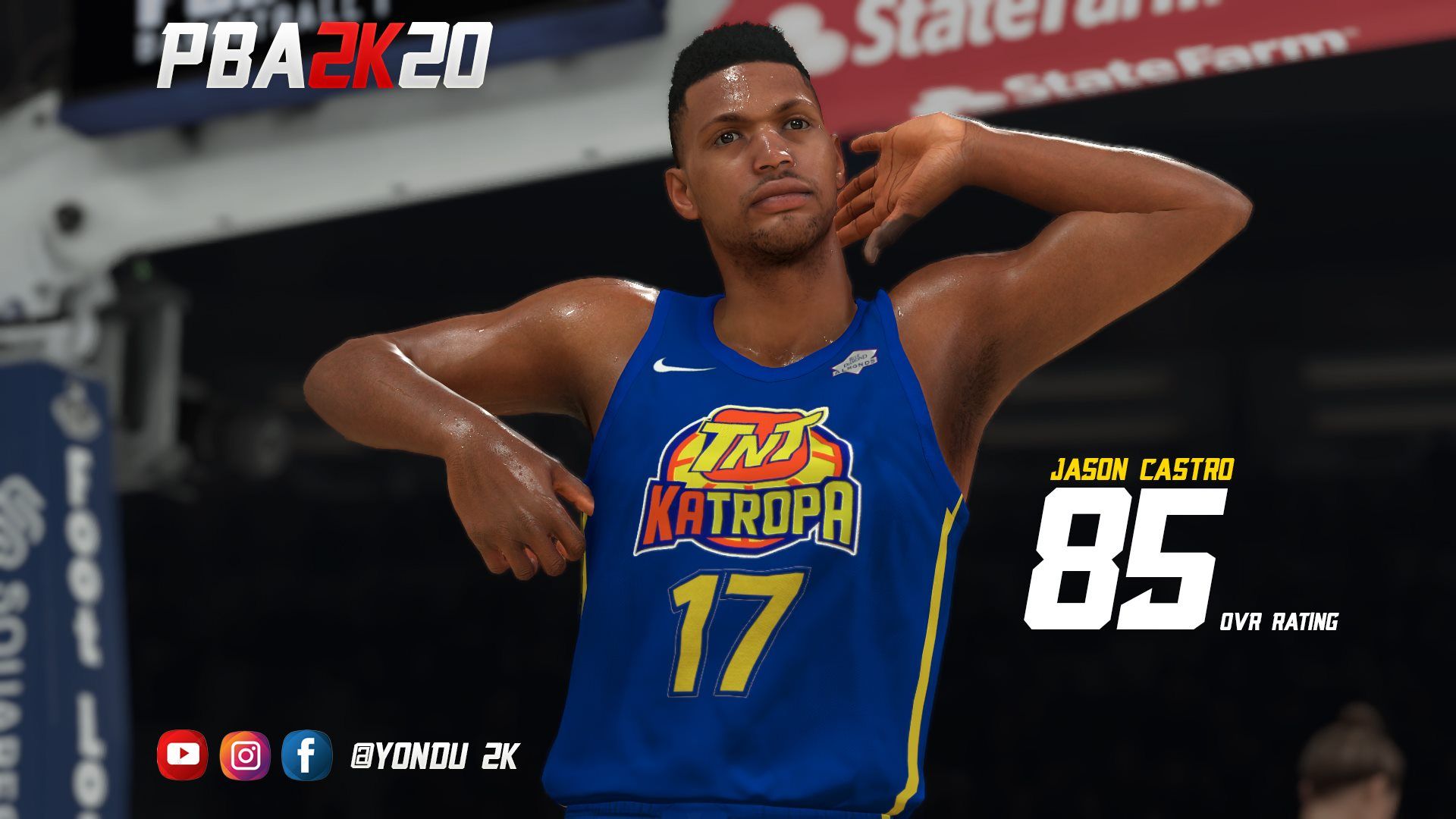 For now, we’ll just have to be content to watch, over and over, the team’s uploaded videos. It may not be the real thing, but with the PBA’s status still in limbo and the full return of sports uncertain, it’s the closest thing we’re going to get.

And even if the real PBA does come back, where else are we going to see Jordan Clarkson matching up against June Mar Fajardo?