THIS IS the life of the pro esports athlete: One day you’re in, the next day you’re out.

When Alfonso “Cosmo” Valmores found that he’d been cut from Bren Esports’ Wild Rift squad, he took a quick break in the province with his family. But the four-year esports pro found that he couldn’t stay away from the game for long. 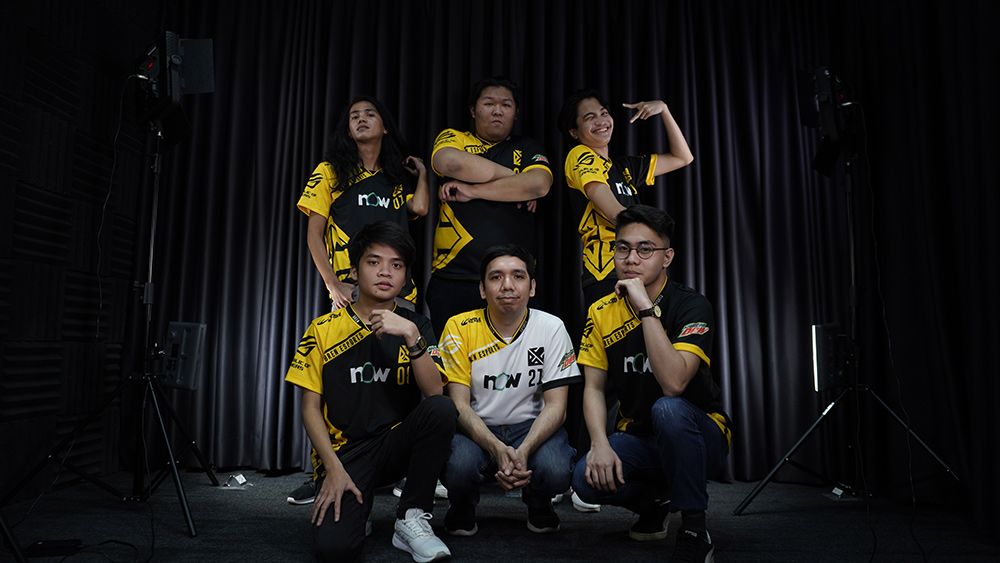 Bored and itching for something to play, Bren’s former ADC decided to take a chance on a new game that he’d seen appearing on his social media feeds. It would be a big change for the pro Wild Rift marksman: from the frantic lanes and the flashy powers of the League of Legends spinoff, to the blockchain-powered blobs of Axie Infinity.

Of course, playing Axie isn’t as simple as downloading an app.

“Parang sabi ko, ba't di ko malaro?” Cosmo was bewildered. “Yun pala, you have to buy a few things for you to actually get in.”

Those “few things” — among other things, digital wallets, a cryptocurrency called Ethereum, and a team of three Axie creatures — meant an initial cash out of P40,000. For the 22-year-old, that was almost his entire life savings.

“Medyo nag-all in nga ako, to be honest. It's not good business advice. But I kind of went all-in, kasi medyo promising 'to,” he said. Cosmo had spent the better part of a month reading up on everything he could about Axie Infinity. He was a pro gamer looking at an uncertain future; somehow, something about this game, with its impossibly cute creatures and simple gameplay, felt right.

“I might as well take the risk,” he said of his decision. “I'd rather spend on an opportunity rather than a luxury.” 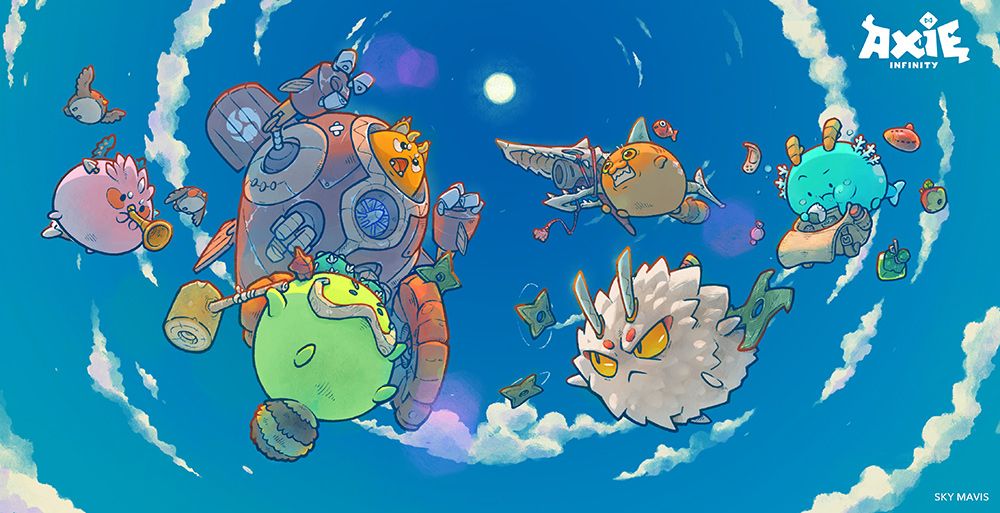 How Cosmo set up his Axie Infinity business

And now, Axie has taken over Cosmo’s life. In the four months since he’d been laid off by Bren, he and his best friend and partner Kale Ramos have set up an Axie Infinity business that now employs more than 70 scholars — the term the community uses for the players who are loaned Axies for use in play.

It’s already been well-documented how Axie Infinity — that strange alchemical fusion of Pokemon, Neopets, cryptocurrency, and the mad dash for NFTs — has been providing a steady income stream for Filipinos. (Read this article from our sister site Candy for a quick explainer on how it works.) Leah Callon-Butler of Coindesk, a journalist who was among the first to cover the game’s explosion in the Philippines, says that in the three months from March to May, PH downloads of the play-to-earn game rose by 190 percent.

Cosmo isn’t surprised at the massive growth of the game. “The game that I could relate it to is Mobile Legends. If you remember ML, when it started, kahit microwave yung phone mo, kayang laruin yung ML e,” he said.

The gameplay is also very easy to pick up. Outside of the initial Axie investment, it’s so accessible, anyone can play it. “Kahit ipis,” observed Cosmo drily.

But as the popularity of Axie Infinity grew, so too did the price of Axies — as Cosmo himself found out when he tried to pick up the game for the first time.

“In mid 2020, it cost just $5 to buy a team of three Axies,” crypto reporter Callon-Buter wrote in her Coindesk article. Today, however, she said that a “decent team” will likely cost around P50,000.

Enter entrepreneurs like Cosmo, who invest large amounts of money to purchase or breed Axies, then lend them out to scholars so that these players could farm the in-game item called Smooth Love Potions, or SLPs. You earn SLPs by engaging in solo quests, or winning against fellow Axies in Arena battles. These SLPs can then be sold for cryptocurrency.

So SLPs are how scholars — “willing to grind”, as the memes would say — can earn a decent living from Axies. But how about the scholarship managers and business owners who front the upfront costs? How will they recoup their (often) substantial investments?

“We buy the SLPs from them,” Cosmo explained. “We buy it from them at a certain rate.” 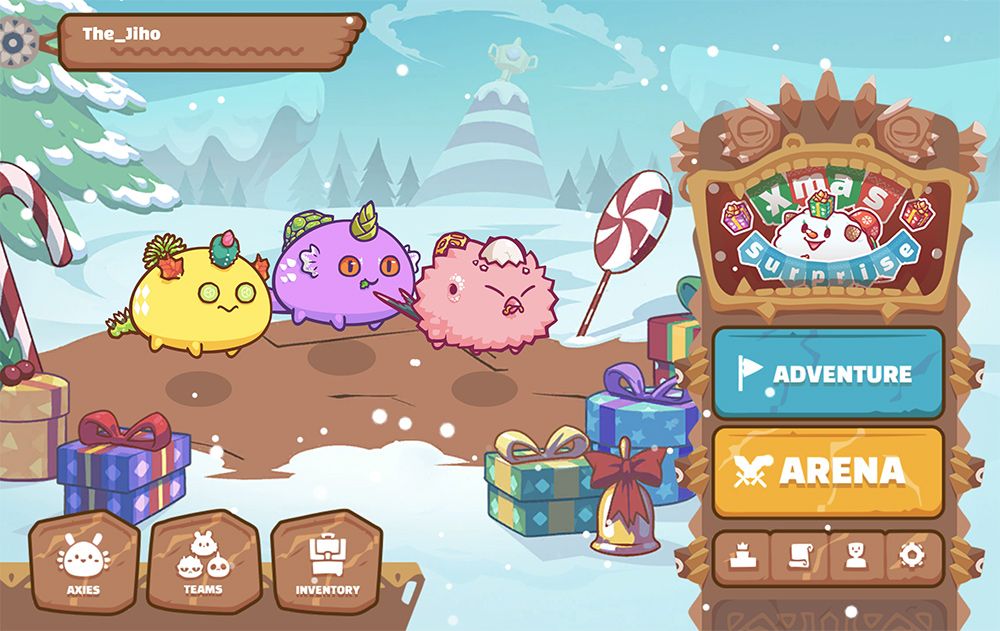 That's the business model so far: Cosmic University — a company name that comes from Cosmo’s own IGN — lends its stables of Axies to scholars, then purchases farmed SLPs from them. What now?

It all goes back into the company, as Valmores reinvests its SLPs to breed even more Axies.

Breeding involves using SLPs to birth your own stable of Axies, which, as a non-fungible token or NFT, are unique in the entire Axie economy. It’s also much cheaper than purchasing an Axie outright; breeding slashed Valmores’ costs by half.

“Dati, bibili ako ng team na P50,000 for isa,” Cosmo explained. “With that P50,000 now, makakagawa na ako ng dalawa.” By his estimation, he and his partner have sunk in three million pesos into breeding Axies — an amount, he said, that pales in comparison with the trunks of cash other esports orgs are investing in the game.

Of course, SLPs could also be sold via the cryptocurrency marketplace for some tangible profit. And here’s where Cosmo gets really careful.

It’s this volatility that keeps Cosmo’s expectations in check.

“But here's the thing with Axie. Your general ROI is 45 days. So if you're willing to risk those 45 days, you're safe. After that, cash flow na lang,” he explained, after revealing that he had already earned back his return on investment.

If the Axie craze lasts all the way up to December or January, “e di we’re doing good.”

While the iron is still hot, he’s striking it with everything he’s got — because of one important goal: helping pro gamers like himself. 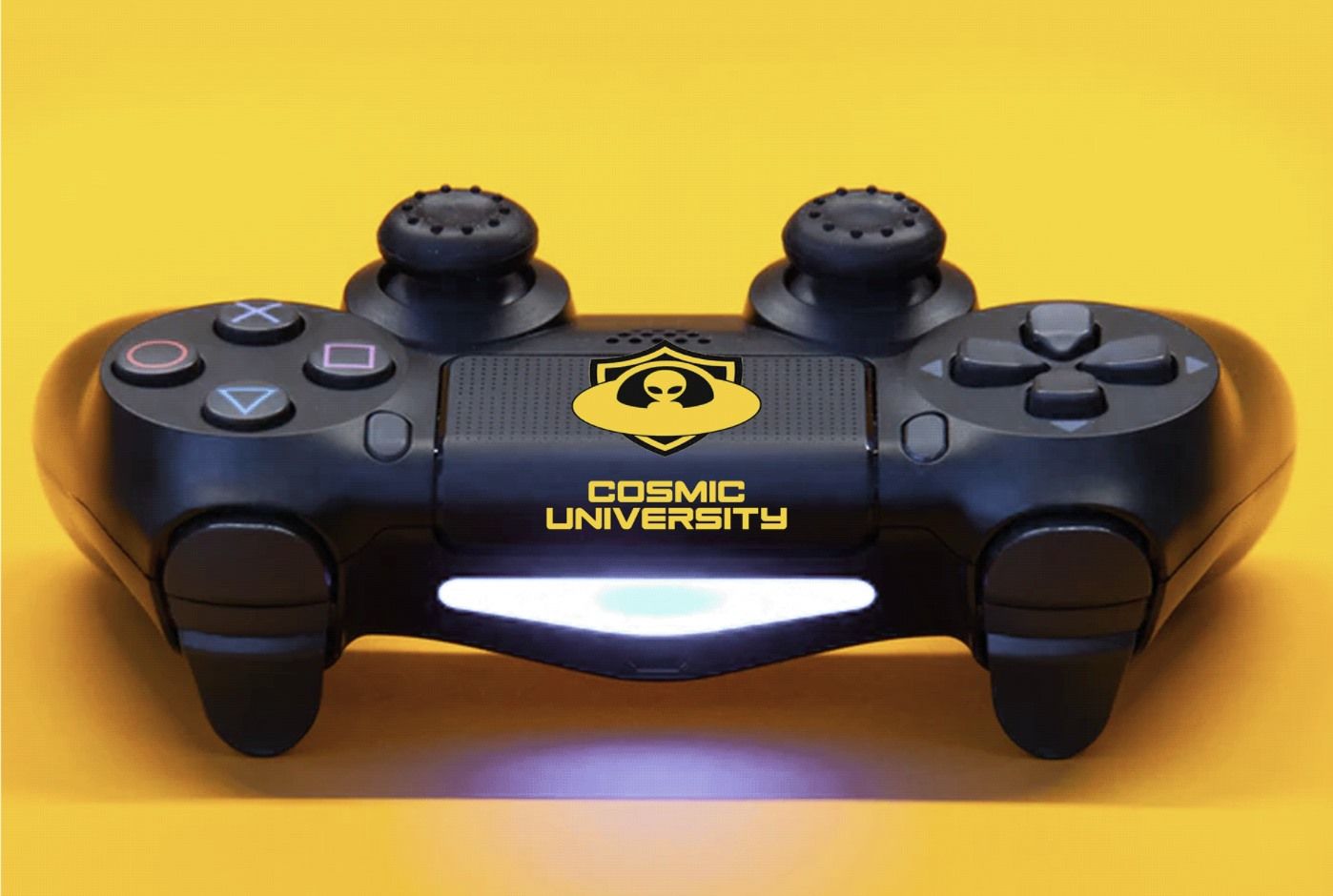 Giving back to fellow athletes

“What people believe is, feel nila sobrang dali lang maging pro,” Cosmo said of his life as an esports athlete. “Pero to be honest, ang hirap.”

In his four-year career, he was constantly asking himself, “Sapat ba yung kikitain ko sa isang buwan to help my family out, to help myself out?”

Plus, the crushing weight of expectations, the cooped-up environment of bootcamps, and the relentless workload could take a toll on a player’s mental health. Having gone through the grind, Cosmo wants to help out fellow athletes by offering them an alternative income stream outside of their esports careers.

“Majority of my scholars are pro players,” said Cosmo of his company. “As in, siguro a good 90, 95 percent are pro players, either Wild Rift or ML.” Many of them are also friends. And he offers them an enticing prospect: Sign up as a scholar, devote two hours of your day to Axie to farm some SLPs, and, more likely than not, at the going rate at the moment, pocket home a cool P16,000 a month.

All he asks from them is their time, and their discipline.

“Sabi ko sa kanila, alam mo, nafi-feel ko yung hirap nila, kasi napagdaanan ko din yun. I was in their shoes rin before. So I might as well help them out,” Cosmo said. And the achievement he’s feeling now beats any trophy he won during his career in the esports scene.

“Yung panalo namin before, wala, it doesn't compare to what I feel now. Financially independent ako, with the things that I have right now, I can help people so much more than I used to before.”

Mind you, Cosmo doesn’t regret his time in Bren Esports. He thinks of his time there, and his eventual release from the org, as a "blessing in disguise." He’s still close with many of the people there, especially with his coach, Ralph Andrei “Coach Leathergoods” Llabres, who has remained a mentor for the Wild Rift marksman, even after he’s left the Wild Rift scene.

It was Coach Leathergoods, and the inspiration of the Bren Esports story, that convinced Cosmo to aim a little higher. After all, Axie wouldn’t last forever. He’d be lucky if it would even last until next year.

“Sabi ni Coach Leathergoods, if you wanna make this a real thing, don't limit yourself to just Axie,” said Cosmo. “Sabi niya, in the long run, pag malaki na yung capital mo, invest in putting up your own org.”

And so, with capital funded from the cute creatures of Axie Infinity, and a growing stable of loyal athlete-scholars, Valmores is setting the pegs of his dream a little higher. Something, perhaps, on the level of Bren Esports itself.

Cosmo said, “Financially independent ako. With the things that I have right now, I can help people so much more than I used to before. Yun talaga yung ultimate goal, not just in esports, not to make an impact, not just sa esports, but everywhere I go.