From Money Ball to Mobile Legends: How Mara Aquino is taking the leap to esports

BACK when she was still reporting for the PBA, Mara Aquino hosted a halftime quiz show called Money Ball. In the interactive game show, the energetic host would rapid-fire questions to television viewers at the break, with winners taking home cash prizes.

But how would a Money Ball-like segment look for a new generation?

It’s a concept Mara Aquino is eager to revisit, but this time, in esports.

Early this year, Moonton, developers of Mobile Legends: Bang Bang, dropped Aquino a surprise email, asking if she’d like to be part of the MPL-PH team. The Mobile Legends Professional League was gearing up for its seventh season in the Philippines, and the team wanted her to come on board.

Even before she signed the contract, her mind was already racing with ideas. One of them was an ML-ized version of Money Ball. 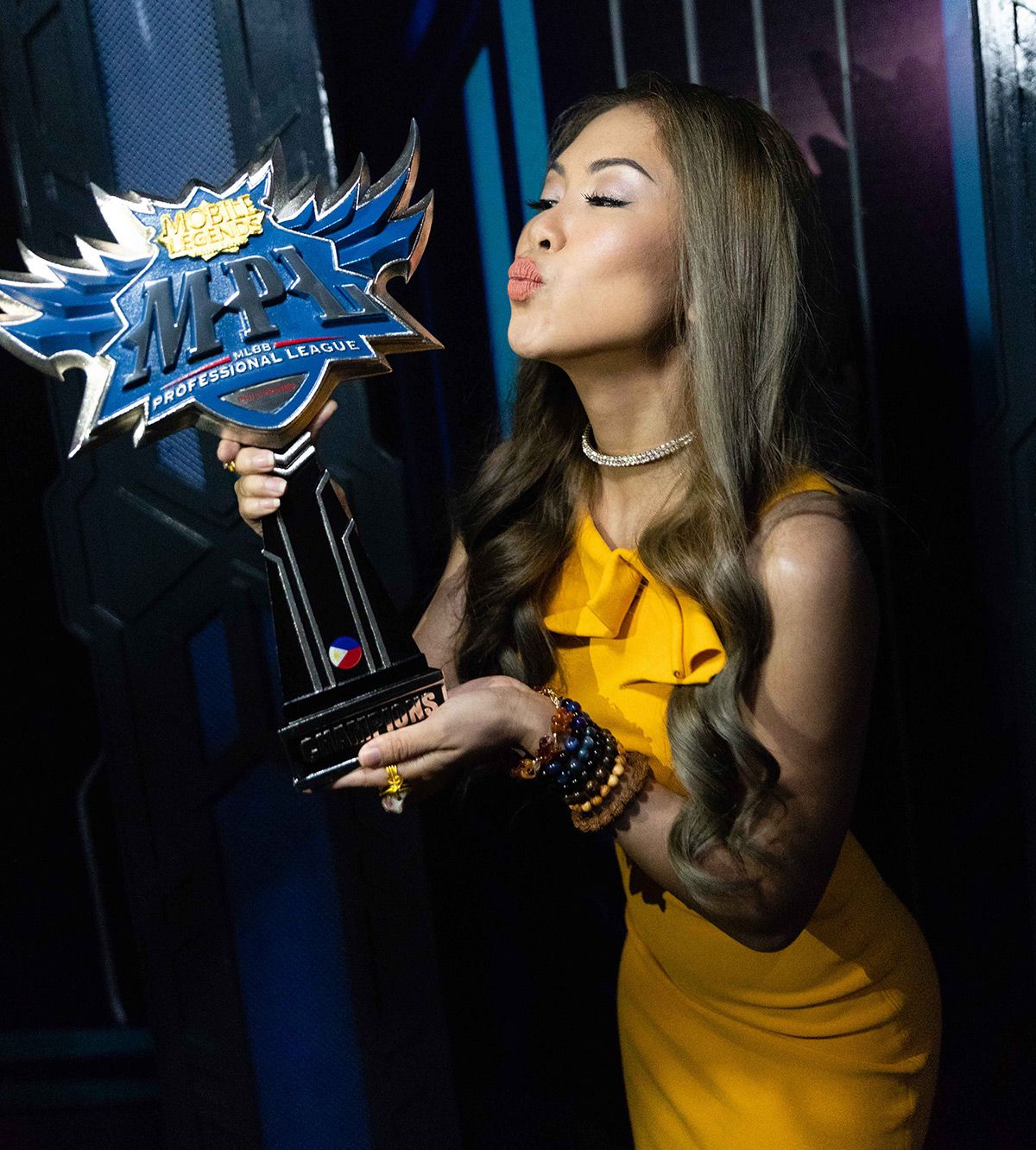 “My vision was, basically, let’s get the audience more involved,” Aquino said to SPIN Life. “Let’s add games. Let’s give them a sense of winning. Yes, they’re watching a game, but you also want them to be part of the game.”

A game show, as she found out in her Money Ball stint, isn’t just a way to offload little giveaways. It’s also a surefire way to keep your audience hooked.

“It creates loyalty. People appreciate it when you notice them when you read their names, it adds value they want to know that you recognize them,” she explained.

Aquino added, “That’s something that I really wanted to add. I know that’s my strength.” 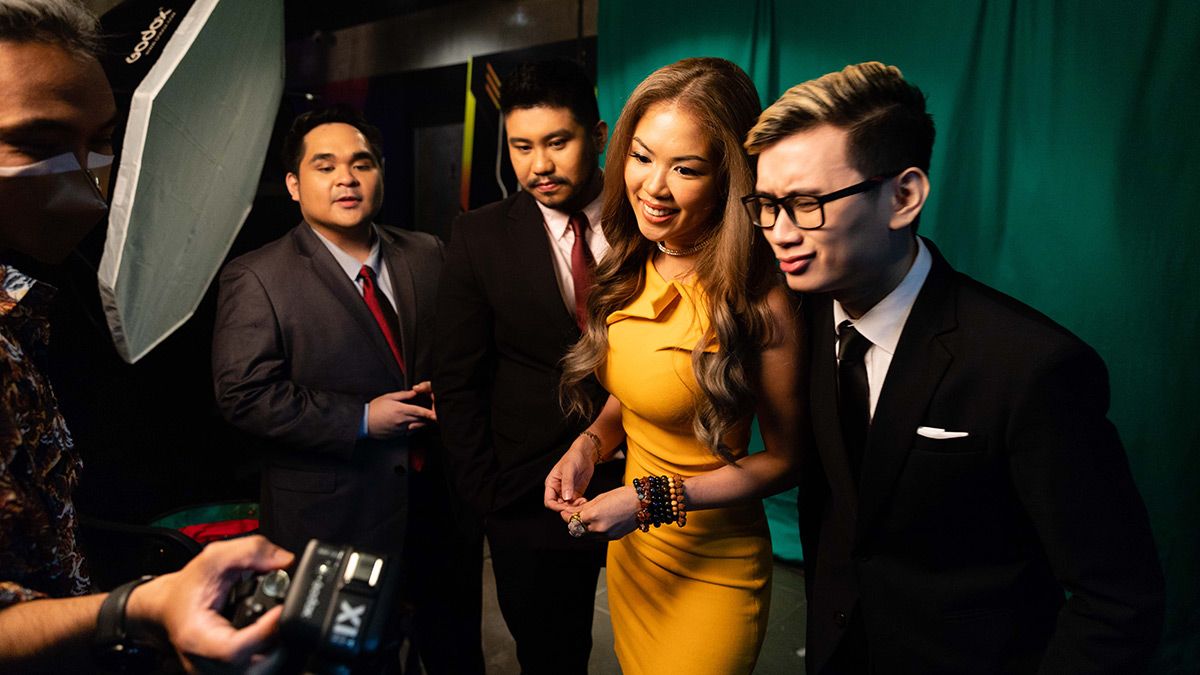 Her journey to Mobile Legends has been a long and twisty one. About a decade ago, she was still living in Canada. Aquino had worked as a waitress, a fitness coach, a receptionist; she’d even started training as a financial planner. At the time, she was working in the physiotherapy and orthopedic team at a medical institute. (The knowledge she picked up here would later come in handy for her basketball reportage.)

Then, on a whim, she decided to take a break.

“I thought about coming to the Philippines on Monday. By Wednesday, I was here. As in, mabilis!”

The little vacation turned into a ten-year stint, with the petite dynamo and her mile-a-minute patter becoming a familiar presence to basketball fans. It was hard going at the start. Aquino even remembered her first audition for AKTV.

“Nag-audition ako, thinking it was for music,” she said. “Yun pala, it was for sports. They made me read off a prompter. It was in Tagalog. I didn’t understand. But they ended up hiring me.”

But even if she had no idea about sports (back in Canada, all she knew about was Vince Carter) and Filipino, she felt the field of courtside reporting calling to her. Aquino threw herself at getting better at her job, even if that meant practicing how to say “Baser Amer” over and over again at San Beda games. She became a fixture at the sidelines of the country’s many leagues, from the NCAA, to the PBA, to the PCBL, to the D-League, to Chooks-to-Go 3x3. 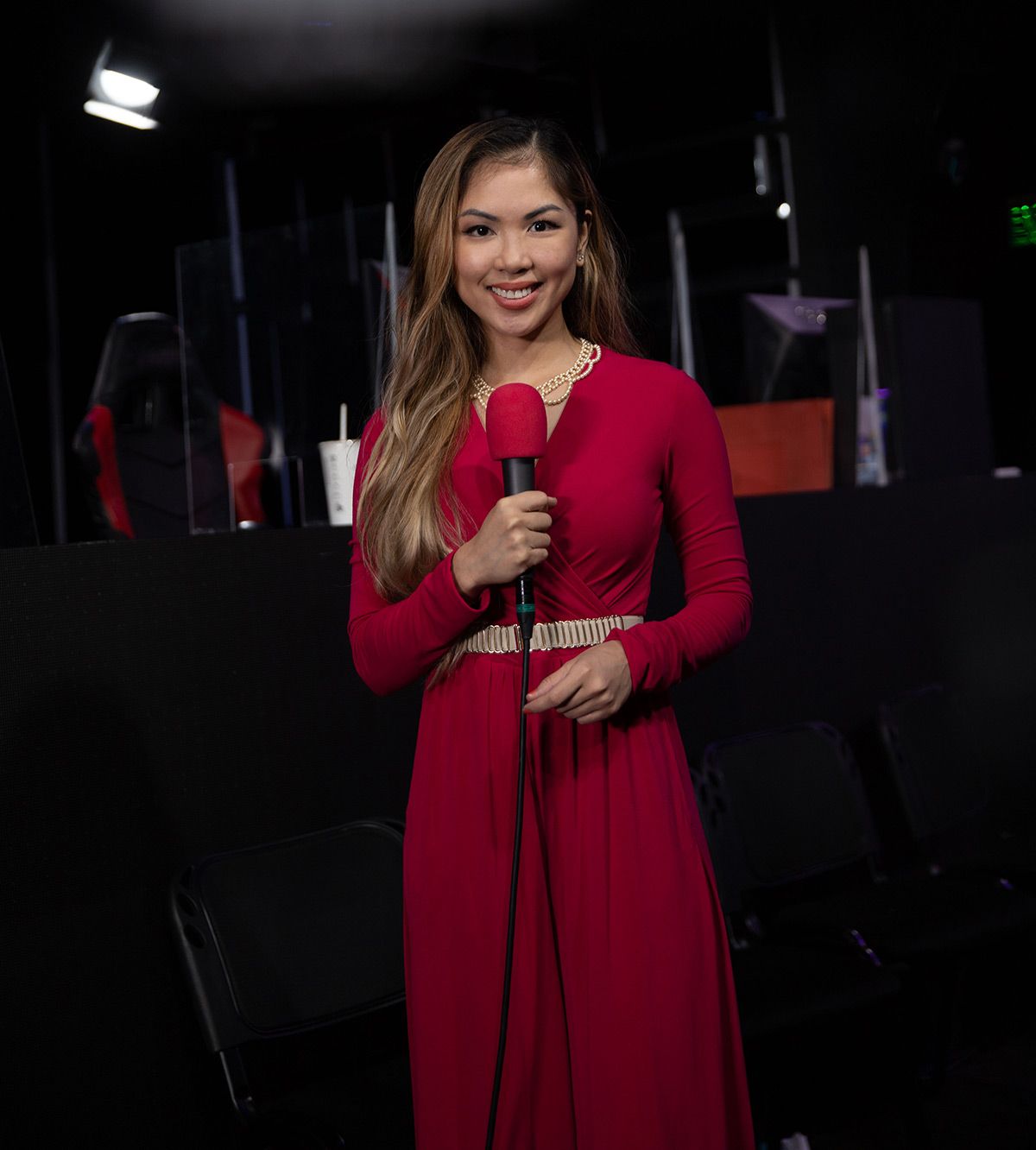 When the pandemic hit, Aquino found her world shrinking, her gigs drying up, her usual boundless store of optimism burning out. Like many Filipinos, she began playing Mobile Legends as a way to cope. Her main at the moment is the marksman Wanwan — “My darts bite!” she chirped during the interview, in perfect imitation of the in-game voice — though she’s also tried out Layla and Karrie.

Even as she got deeper and deeper into ML, Aquino began also pondering the future of the industry. While she was able to join the Chooks-to-Go 3x3 Calambubble late last year (and happy to have spent time with Sudan Daniel, who passed away soon after), she knew that the esports industry was growing and evolving.

Aquino is a firm believer in the law of attraction. She knew she wanted a shot at esports — not as a player, but as someone on the sidelines. And so, when the email from Moonton came, she started brainstorming.

What would she, as a host and reporter from the world of traditional sports, bring to esports?

Aquino sees herself as part of a new wave sweeping the industry, when esports begins to take cues and trappings from other leagues. This includes bringing in talent from the traditional sports side — including back-of-the-house producers and trainers who could bring their wealth of broadcast chops to buff up the overall experience for viewers. “Gariath Concepts [who is organizing MPL-PH Season 7] is really taking it to a whole other level,” she said.

Which is not to say that talent like Mara’s would eclipse esports’ scrappy roots. 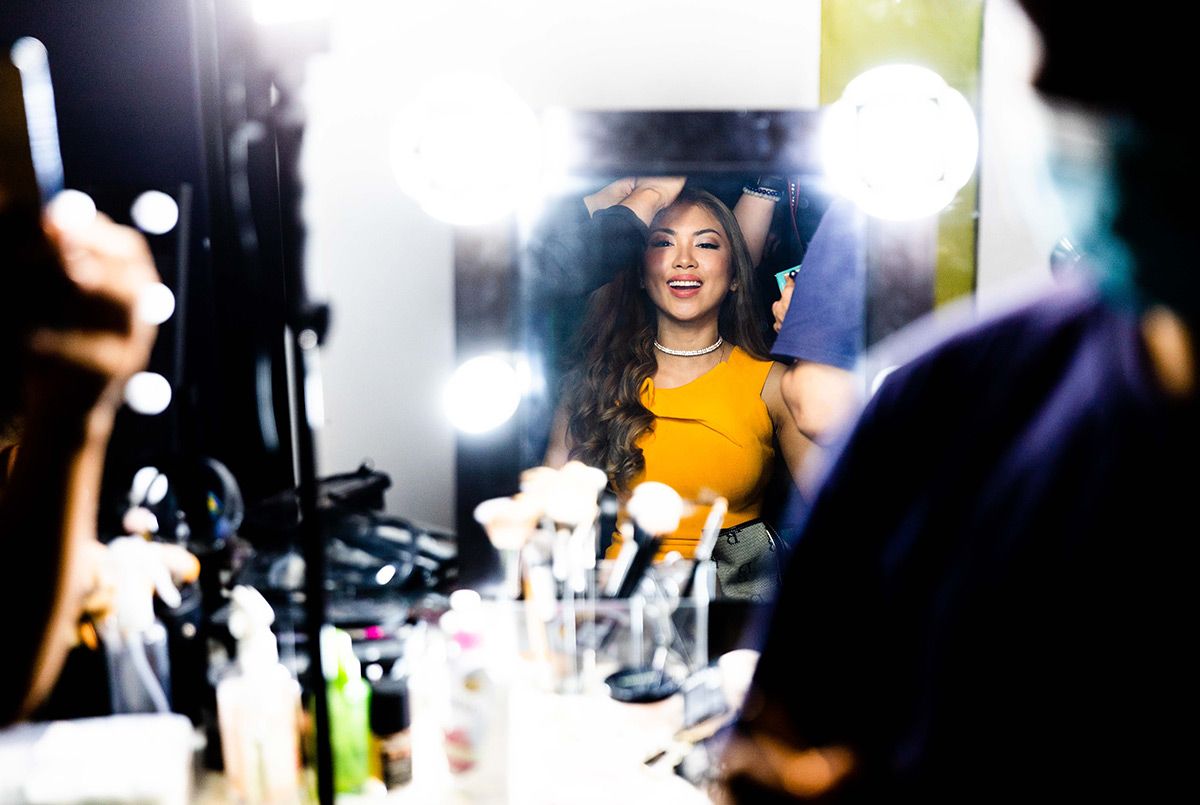 “I came from sports. I didn’t come from esports,” she admitted. “I don’t know how to cast. Kailangan kong patunayan ang sarili ko. There are other people in here who have paid their dues already in the industry.”

For her, then, her role is clear: “As they said, when Moonton got me, they don’t want a caster. They want a host. There’s a reason why they got me, and it’s to add a certain flavor, to put something different.”

At present, as MPL-PH kicks into prep time overdrive, Aquino also feels like she can share something back to the players and co-hosts — who are often a decade younger than her. While they brush her up on facts, stats, and terminology, she teaches them the basics she’s honed over years of courtside reporting. “How to move your hands,” she said. “How to project your voice. What things you’re not supposed to say. Words that are too commonly used, so you have to say something else.”

And when Season 7 starts on March 19, we will likely see Mara Aquino — talking, as she does, at the speed of light — popping up in segments in between games. How will that look? Aquino can’t wait for everyone to find out.