FOUR TEAMS faced off in Day 4 of the Mobile Legends Professional League Season 7 Playoffs — only three will proceed to the final day.

As they did against Bren, Blacklist International unleashed their signature play through Johnmar “OhMyV33nus” Villaluna’s Mathilda in Game 1. His mastery of the Circling Eagle and Guiding Wind ability combined with the rotations of his teammates caught Aura PH off guard as they failed to defend their lanes.

But ultimately, their efforts went to waste in Game 4 as Blacklist International obliterated Aura PH with their Harith and Aldous combination.

While the Codebreakers proceeded to the finals, Execration pulled off one of the greatest miracles this season by coming from a 2-0 deficit to eliminate the world champions Bren Esports.

Execration was brutally massacred in Game 1 as Allan “Lusty” Castromayor’s Khufra denied the team its momentum. His pinpoint usage of the Tyrant’s Revenge and Tyrant’s Rage created opportunities for Bren to smoothly engage in teamfights.

While Game 1 was a complete stomp, Game 2 initially looked like Bren could deliver the finishing touches. They were able to destroy the tier 3 towers, but Execration’s resilience from Patrick James “E2MAX” Caidic’s Kagura and Joshua “Ch4knu” Mangilog’s Atlas became a hurdle in the late game.

But in the end, Bren prevailed as Lusty made a crucial play in halting Ch4knu’s setup in the 25th-minute Lord clash.

Desperate to keep their championship hopes alive, Execration made a furious rally in Game 3 after losing all of their tier 3 towers. It seemed Bren would sweep them in the 14th minute, but Execration valiantly defended their inhibitor. As the match progressed, both teams traded blows in every teamfight. But everything changed in the 49th minute where Ch4knu surprised Bren with his final Tyrant’s Revenge and Tyrant’s Rage combination.

His momentum carried on in Game 4, where his Jawhead synergized well with Duane “Kelra” Pillas’s Harith, leading to their victory.

With only one game remaining, Bren desperately tried to deny Execration’s signature heroes by acquiring Khufra, Harith, and unleashing KarlTzy’s signature Lancelot. But it came to naught as Execration forced Bren into dire straits with Ch4knu’s Rafaela and Renz Errol “Renzio” Cadua’s Gloo, securing a come-from-behind victory over their rivals. 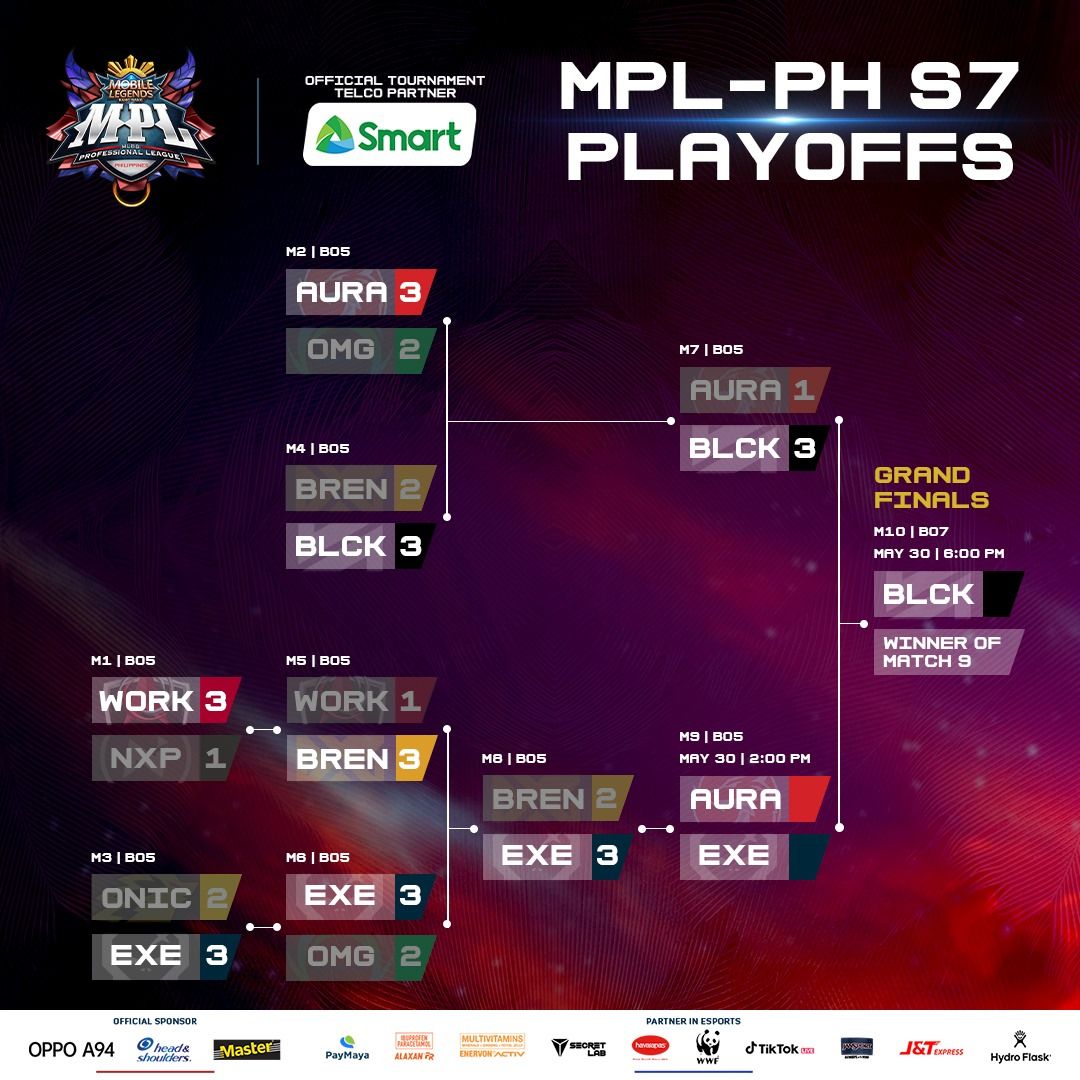 Execration's victory has given them a ticket to a lower bracket finals where they’ll face Aura PH. The winner of that match will challenge Blacklist International for the MPL trophy.