Esports' potential is an intriguing prospect for the academe

TIMES are indeed changing, with several schools quick to join in the esports hype train, embracing the potential of this new and fledgling sport.

“We have to adapt with the changing times. We have to ride with the trend. Esports gives student-athletes an opportunity to try out something new. It’s inspiring in a sense,” Arellano University athletics director Peter Cayco said.

“It’s an alternative and the best alternative. Its online nature is part of the realization in time of the COVID-19 pandemic. We have no choice but to go in that direction,” Fr. Vic Calvo of Letran added.

Ten schools have indeed committed to take part in the Collegiate Center for Esports (CCE), a first-of-its-kind collegiate esports league which streams on CALM Network and is presented by Bio-Agrownica and Rebel Sports. The newly launched league aims to take the esports wave to the academe and take the competitions from the traditional hardcourts to the online world — like, say, the popular Mobile Legends: Bang Bang. 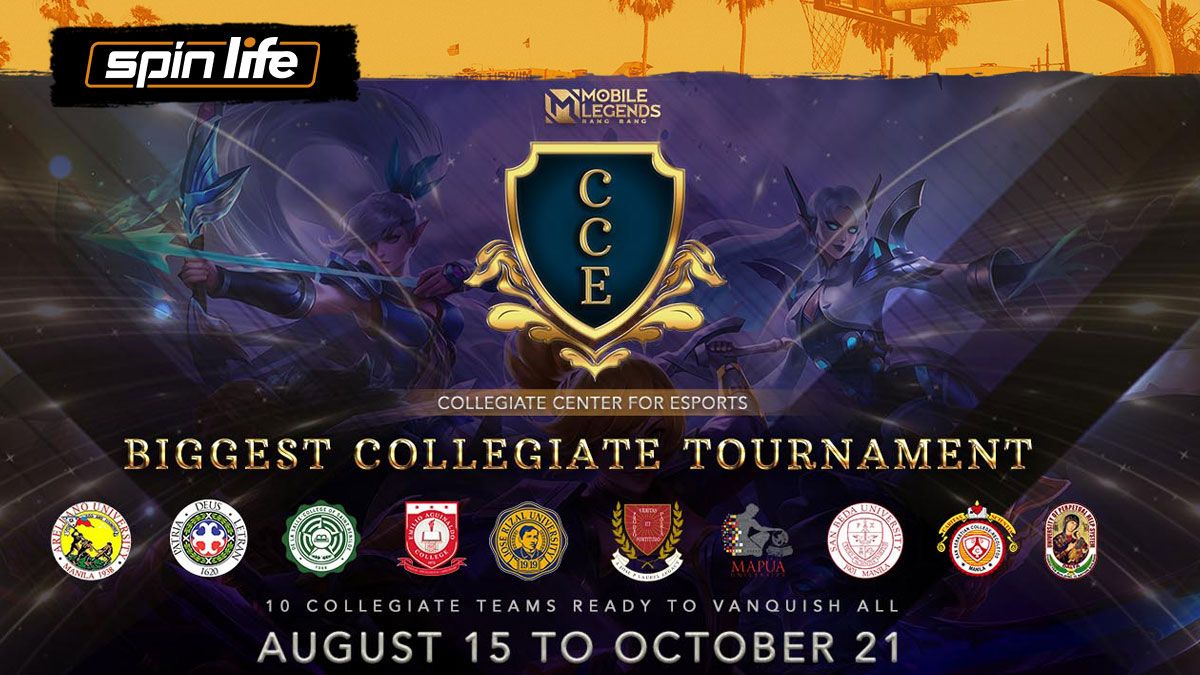 Aside from Arellano and Letran, other schools who are participating in the ongoing MLBB 1-on-1 Exhibition Matches and the upcoming 5-on-5 MLBB Varsity Cup this October are varsity athletes from College of St. Benilde, Emilio Aguinaldo College, Jose Rizal University, Lyceum of the Philippines University, Mapua University, San Beda University, San Sebastian College - Recoletos, and University of Perpetual Help System DALTA.

After this, the CCE plans to roll out seasonal events among interested schools, to rope in their regular students and spread even more tournaments nationwide.

The global COVID-19 pandemic has indeed magnified the potential of esports, and schools have already started with programs to better cater to this industry. In fact, Lyceum and St. Benilde are already offering academic courses geared towards the field.

“Esports now is a growing passion not only for the youth. It’s still in infancy but the potential is huge. I’m excited about what can happen in the future,” said athletic director Hercules Callanta of Lyceum, which has introduced the country’s first Bachelor of Science in Esports with tracks on Esports Management and Game and Design Development.

“Esports is kind of a way to stay relevant. It’s allowed and safe in this difficult time. Now, it can also be a career path. It’s a successful program for Benilde,” added St. Benilde's Dax Castellano as the school also has Bachelor of Science in Interactive Entertainment and Multimedia Computing with majors in Game Development and Game Art.

San Beda, for its part, is still scratching the surface with hopes of learning more about the booming discipline from its CCE participation.

“It’s an opportunity for us to learn more about esports and to have an open door for SBU for some courses and training for students who would want to engage in that kind of field. We do not know what will happen in future and if it grows, SBU will be on board already,” said Atty. Jonas Cabochan.

“For now, it’s a good thing for athletes to have something to look forward to. The spirit of competition is alive.”

The said schools are already in the process of assembling a solid squad for the CCE main event next month, with hopes of also producing the country’s future medalists in the rising esports discipline, which — after the Philippines made a splash in its medal debut in the 2019 Southeast Asian Games — has the potential to appear in an even bigger stage in sports.