WITH live sports out of the picture because of pandemic protocols, digital platforms —particularly Esports — continue to thrive as one of the last few choices for entertainment.

TaskUs PH, an international outsourcing company, partnered with video games and entertainment and Esports ecosystem, NEXPLAY, to create an interactive gaming fundraiser, the Nxt Pro Invitational 2020: Gaming For A Cause. 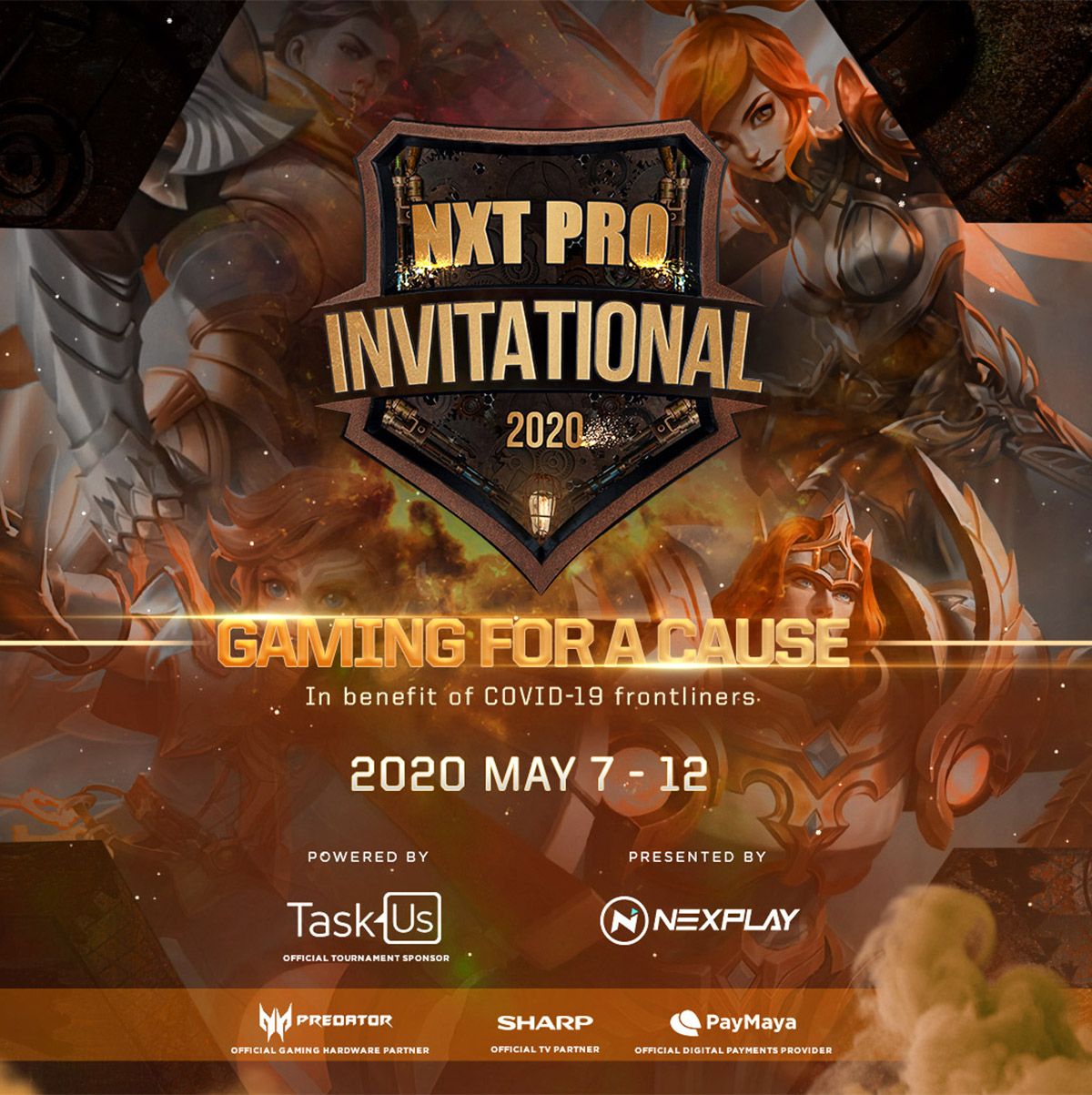 It’s a four-day Mobile Legends: Bang Bang online tournament joined by top local gamers, as well as resident streamers of TaskUs. Preliminaries were held on May 7 and 8, and the finals run today and tomorrow.

“[We] were presented with an opportunity to rally the Philippine Esports community into a profound, socially-responsible, and socially-distant cause of utilizing gaming as a means to raise funds for the benefit of frontline health workers,” Paul Adrian Garcia of TaskUs told SPIN Life. “NXT Pro Invitational’s P100,000 prize pool will be donated to COVID-19 frontliners.”

Proceeds will go to Kaya Natin! Foundation, a non-profit organization that created a drive for the donations of PPEs.

The gaming tournament can also be streamed on NEXPLAY’s Facebook Live. Voluntary donations from viewers and supporters are open.

In this way, Esports fans and supporters could maximize the time they have at home to do charity work and at the same time, keep their skills even sharper while in a lockdown.

“In the age of social distancing, Esports fulfills a fundamental human need for entertainment,” said Nexplay’s Founder and CEO Gabriel Benito. “As countries around the world go into nationwide lockdowns, we have seen a sudden increase in social media and gaming activity because the majority of people are using their gadgets."

He added: "Esports and online gaming are becoming effective means, not just in promoting productivity, but also providing an exciting avenue to ease people's mental health.”

Fans can bank transfer or through PayMaya, through the details below: