AT THE close of the Southeast Asian conference of the Fiba Esports Open III yesterday, point guard Aljon ‘Shintarou’ Cruzin and center Philippe ‘IzzoIV-’ Herrero proved to be an unstoppable frontcourt duo on the digital paint.

Over the course of two hard-fought matches, the two contributed a combined 76 points — 73 percent of E-Gilas’ total scoreboard versus the scrappy Indonesians. The Philippine national 2K squad ended up reclaiming the Fiba Esports crown against their rivals.

IzzoIV- also racked up three sneaky steals in Game 2, while Shintarou dished out 11 assists in Game 1.

Of the two, however, it’s IzzoIV- who’s the more unmistakable presence on the court. Series MVP Shintarou opts for a more nondescript in-game avatar, but IzzoIV-'s character goes all out. He rocks a salt-and-pepper Uncle Drew-style beard, black-rimmed goggles, asymmetrical sleeves, and of course, that distinctive shock of red hair.

They also play their roles to the hilt. While Shintarou prefers to ankle-break his opponents at the arc and make those threes look easy, IzzoIV- dominates on the inside. His snappy alley oops — sometimes from an inbound pass — became the bane of Indonesia as they struggled to contain the hot-shooting center. 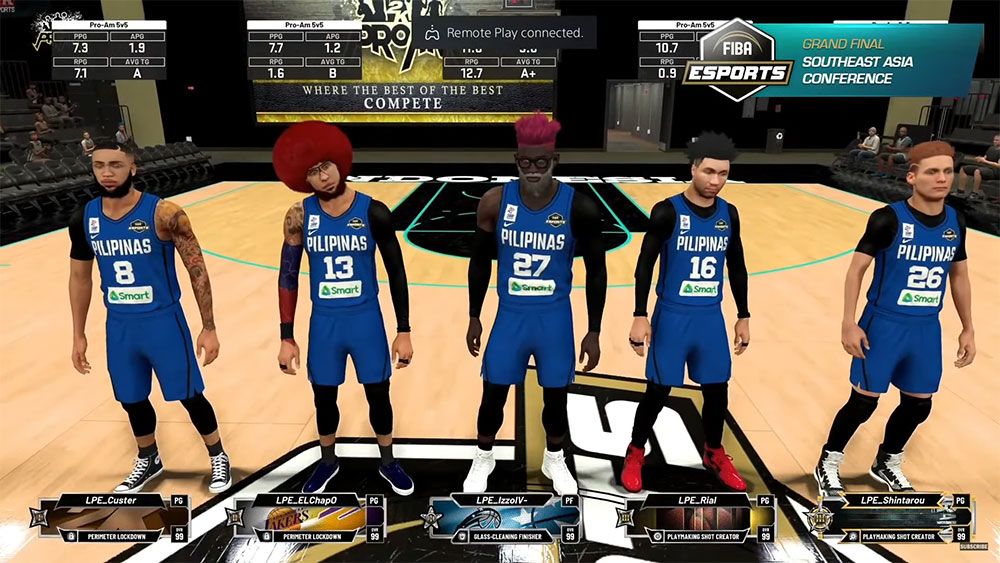 With his flaming hairstyle, you can't miss him on the court, even with the pulled-out camera of NBA 2K21.

He added: “I just want my player to be as thick and intimidating as possible.”

Unlike the point guard and shooting guard archetypes dominant across the field, IzzoIV- chose to make his character a center.

One of the great things about NBA 2K’s Pro-Am ruleset for esports tournaments is that players have the freedom to customize their avatars. IzzoIV- took full advantage.

His dominant play in the final series proved his thesis right.

The former captain of E-Gilas (for this Open, he passed the position to longtime 2K vet Rial ‘Rial’ Polog) is obviously quite happy about his team’s performance.

But he knows the competition is leveling up.

Herrero said: “I still can't be comfortable with this tournament win cause I know that every other country competing in 2K is getting stronger day by day. I just want myself and my team to be always in peak performance para di kami mahuli at maabutan ng ibang countries.”