NEW YORK — Candace Parker grew up playing video games, and now she'll be the first female basketball player on the cover of one.

The Chicago Sky star will appear on the NBA 2K22 cover for the WNBA 25th Anniversary special edition when it's released Sept. 10.

"I grew up a video game fanatic, that's what I did, to the point where my brothers would give me the fake controller when I was younger where I think I was playing and I wasn't," Parker said. "All I wanted to do was just be like them. As a kid growing up, you dream of having your own shoe and dream of being in a video game. Those are an athlete as a kid's dreams. To be able to experience that, I don't take it lightly."

Parker said that when she was just starting in the WNBA in 2008, she might not have appreciated it as much as she does now.

"I think when you're young and experience these type of things, you're onto the next thing," she said. "As I've gotten older, I've really savored the moment."

Parker joins an exclusive group of female athletes to adorn covers of sports games. Shawn Johnson was on a Gymnastics by Wii game in 2010, and Jelena Dokic was on a tennis game in the early 2000s.

"I think it's a benchmark of women's basketball for sure. I think most importantly it speaks to visibility and how important it is and how important the WNBA is," Parker said. "Everyone is looking at it that it's impacting little girls, but it's also impacting little boys and young men and young women and men and women. I think our game is different than the NBA, now it's embracing that fact. Now more than ever, fans want to follow the athlete. Through social media, through video games, it's adding and benefitting the WNBA." 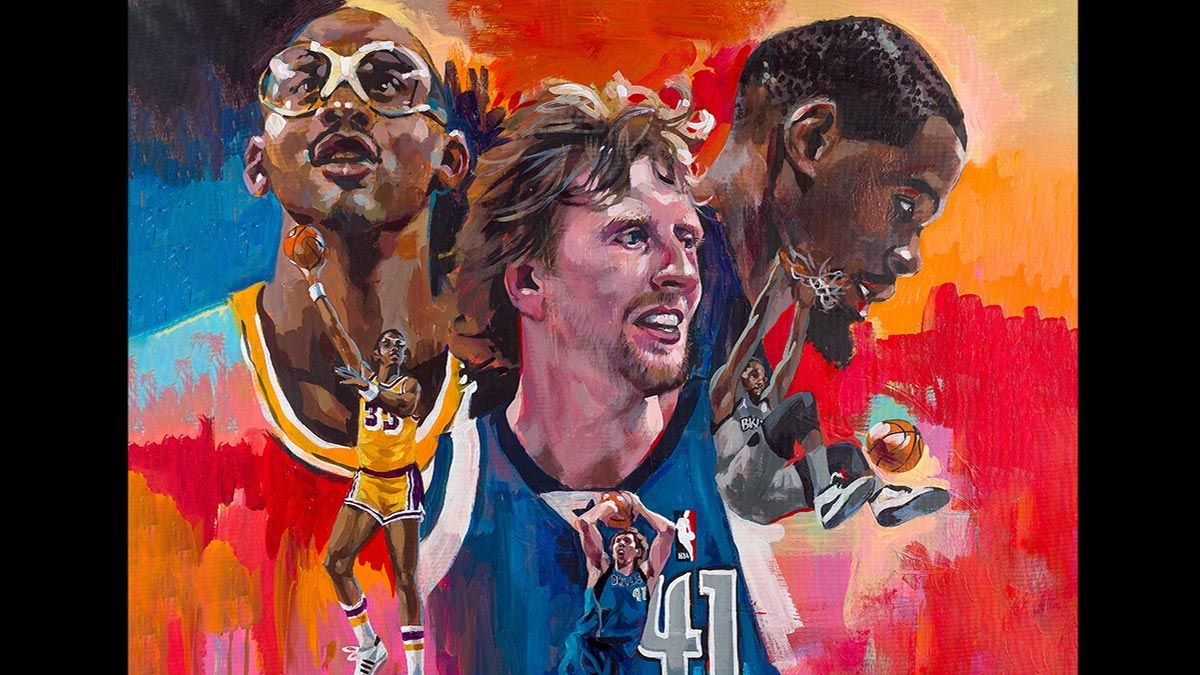 The 35-year-old former MVP knows there were a lot of players who could have been the first and was humbled that she was the one they chose.

Parker joins Luka Doncic, who was named cover athlete for the game's regular edition, and Kevin Durant, Dirk Nowitzki and Kareem Abdul-Jabbar who were recognized as cover athletes for the NBA 75th Anniversary Edition.

"I think it's a signal and a sign of the momentum around our players, our players' story," WNBA Commissioner Cathy Engelbert said. "Candace has been such a great representative of the league -- what she does in broadcast, what she does as a mom. I just think as a role model, I get chills just standing up here talking about her on that cover."

While the WNBA will be on an Olympic break for the next month, Parker will be busy. The two-time Olympic gold medalist will be commentating the medal rounds at the Tokyo Games.

"I had an opportunity to go earlier, for me I wanted to be with my team as long as I can," she said. "Wanted to do both, and this was a great opportunity to me. I remember Craig Sager interviewing me and it was unbelievable. The broadcast does amplify the game. To be a part of the experience of the Olympics, I'm really excited about."