Working from home? Canceled classes? Looking to avoid crowds? Game company Activision might have just given you a new reason to choose self-quarantine.

A new battle royale game is launching tomorrow, a spin-off (and add-on) to their long-running Call of Duty series. Call of Duty: Warzone is a standalone and completely free shooter for Xbox One, PS4, and PC. It will take the now-familiar battle royale formula ⁠— hundreds of players drop in, only one (or one squad) walks out ⁠— and injects it with the high-adrenaline action that's become the CoD trademark.

The action will take place in a sprawling map called Verdansk. It's big enough to accommodate 150 players.

The last game in the series, Call of Duty: Modern Warfare, was just released last October, and it already came with its own battle royale mode called "Blackout". Warzone, however, is different.

First, it's free-to-play. All you'll need to get cracking is hard drive space. If you already own Modern Warfare, the install will just take up 20GB. However, Kotaku reports that if you download the full game, you'll need anywhere from 83 to 101 gig of free space. Here's a timeline of the game's unlock: 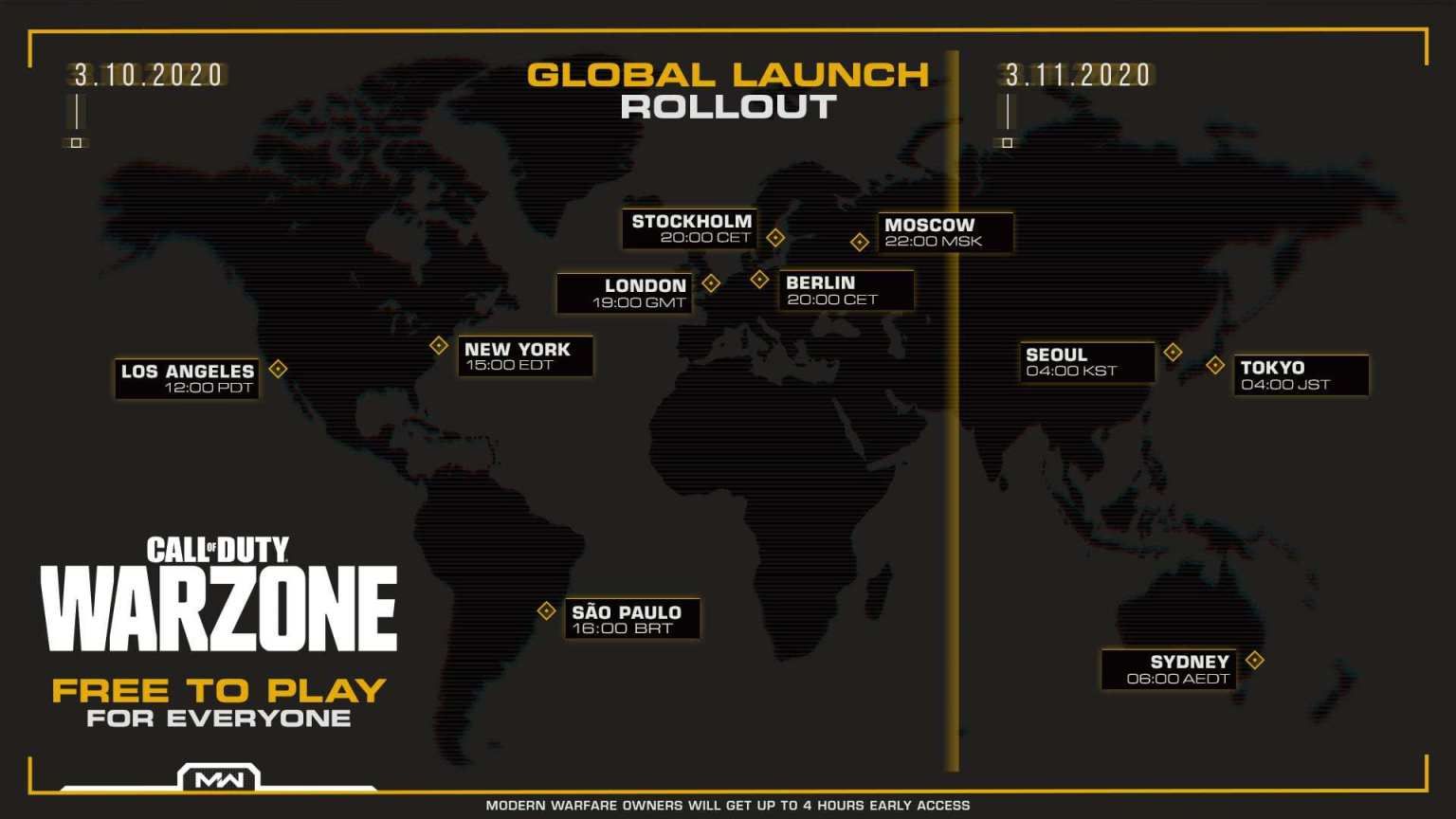 As the rollout schedule shows, if you own Modern Warfare, you can start playing Warzone four hours early.

Second, Warzone adds a few more tweaks to the formula. For one, there's another game mode available called "Plunder", where players are tasked to zip around the map and collect cash.

Warzone will feature cross-play, so whether you own a PS4, Xbox One, or PC, you'll all be able to compete against each other.

Around this time last year, battle royale game Apex Legends was also launched, and proved to be a surprising global hit for parent company Electronic Arts. (Alden Richards might even be a fan.) Let's see if Warzone will do the same for Activision.