#BrenLangMalakas and 8 other esports storylines that defined 2020

THERE'S no sugarcoating it: 2020 has been an awful year.

But esports helped us come through. With other sports on hiatus and not much to do while locked inside our homes, esports kept us company. The voices of our favorite esports casters and solid hours grinding away at our beloved titles reminded us that, despite all the talk of the “new normal,” some things we enjoy remain the same.

Let's take a look at some of the most significant moments that shaped esports in this absolutely trying time. 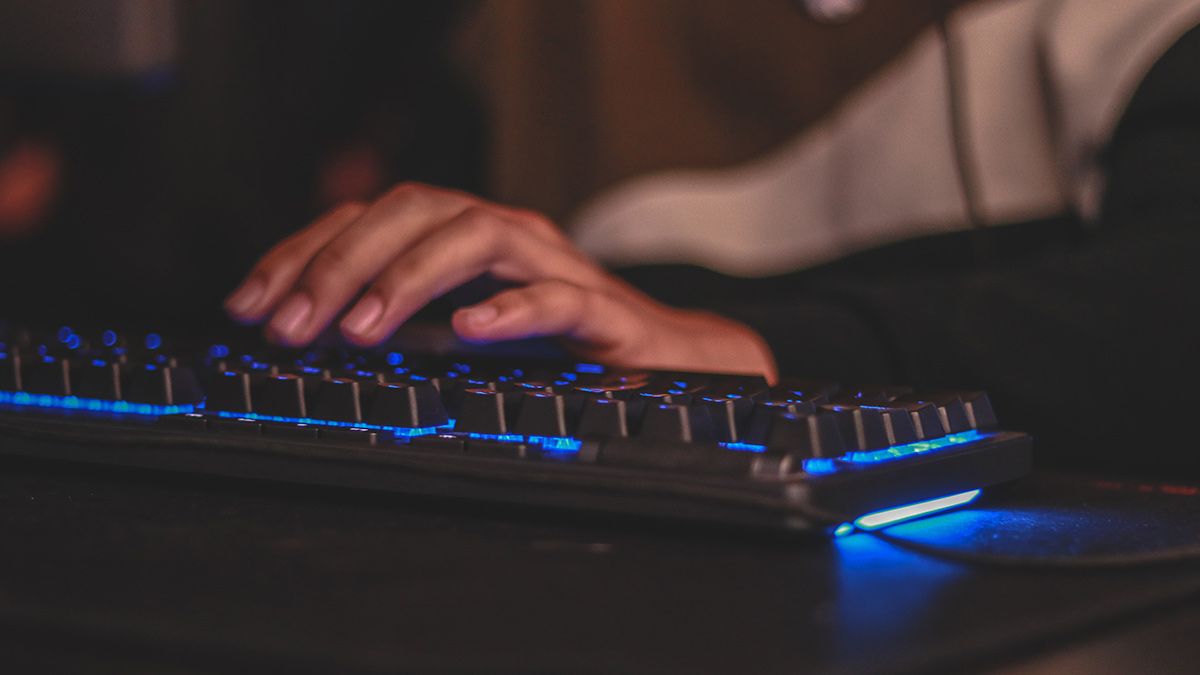 No LANs, No Problem

Amidst the cancellation of live events due to the global pandemic, esports managed to carry on.

The MPL-PH shifted from a live event to a purely online tournament. Fund-raising tournaments like the Lockdown Games and Gamers Without Borders sprout to virtually gather the esports community and rally against COVID-19. Regional Dota 2 tournaments were consistently organized. The Overwatch League 2020 Playoffs was successfully held online. Even motorsports went online with events like the F1 Virtual Grand Prix, with over 30 million viewers.

And against all odds, the League of Legends World Championship 2020 was held live. More on that later.

Esports did more than survive this year. It thrived.

The Dota Pro Circuit and The International may have been postponed this year, but Team Secret still found a way to pull off one amazing feat.

Perhaps their pre-lockdown victory in the DreamLeague Season 13 was a warning sign of what was about to come. Up to now, though, we can’t begin to process how they notched eight straight tournament victories — and here comes the crazier part — without ever dropping a single game in all of those grand final appearances. 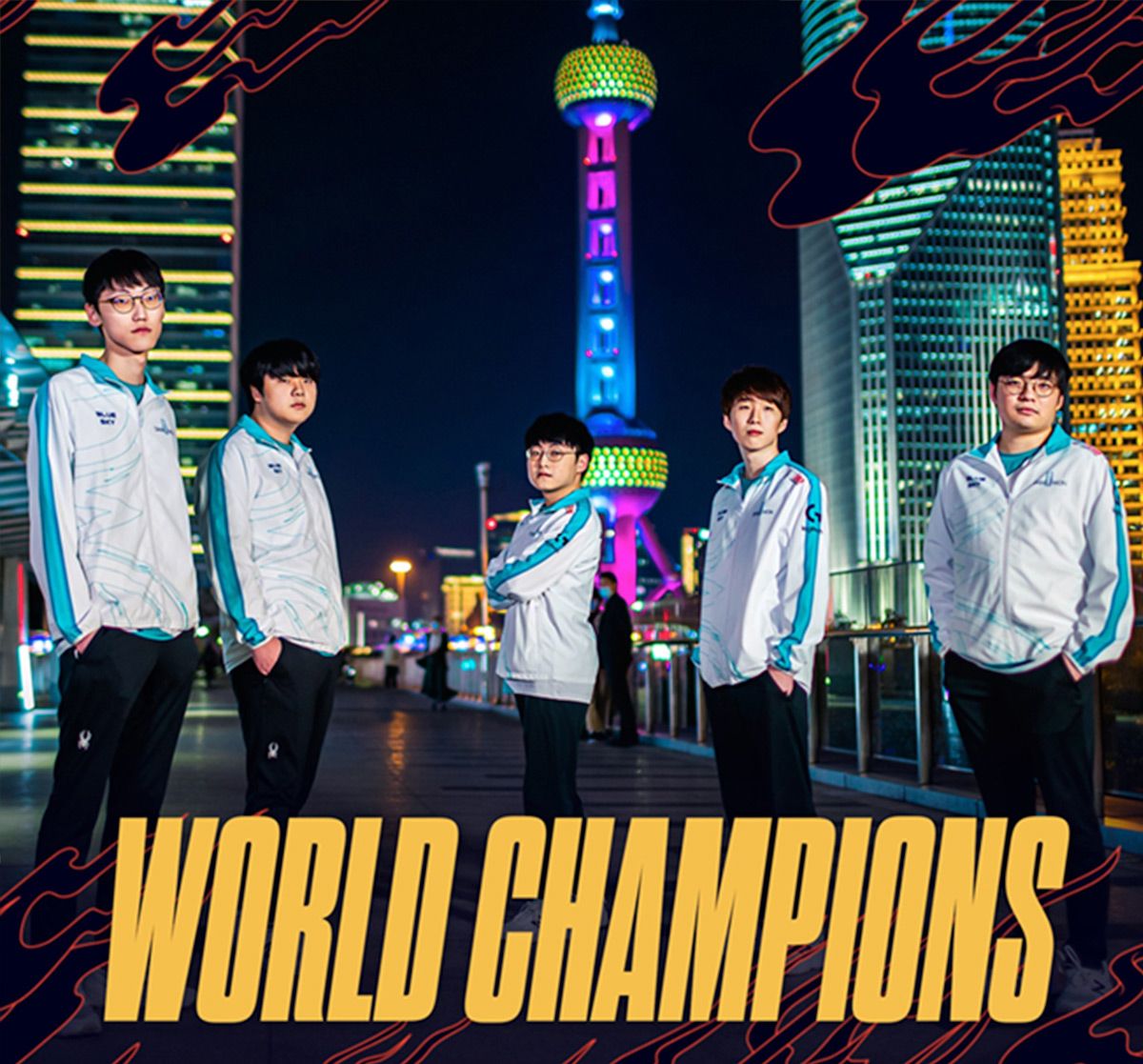 After two years of Chinese dominance, a product of the League of Legends Champions Korea was able to hoist the Summoner’s Cup once more.

This year’s League of Legends World Championship was made extra-historic as Riot Games was able to host it live in Shanghai, China, in a time when most major esports events were either held online or postponed. Although it was limited to a single venue, unlike its past iterations, it didn’t lessen the significance of DAMWON Gaming's toppling of LPL's reign as they dominated Suning Gaming, 3-1, in the grand finals. 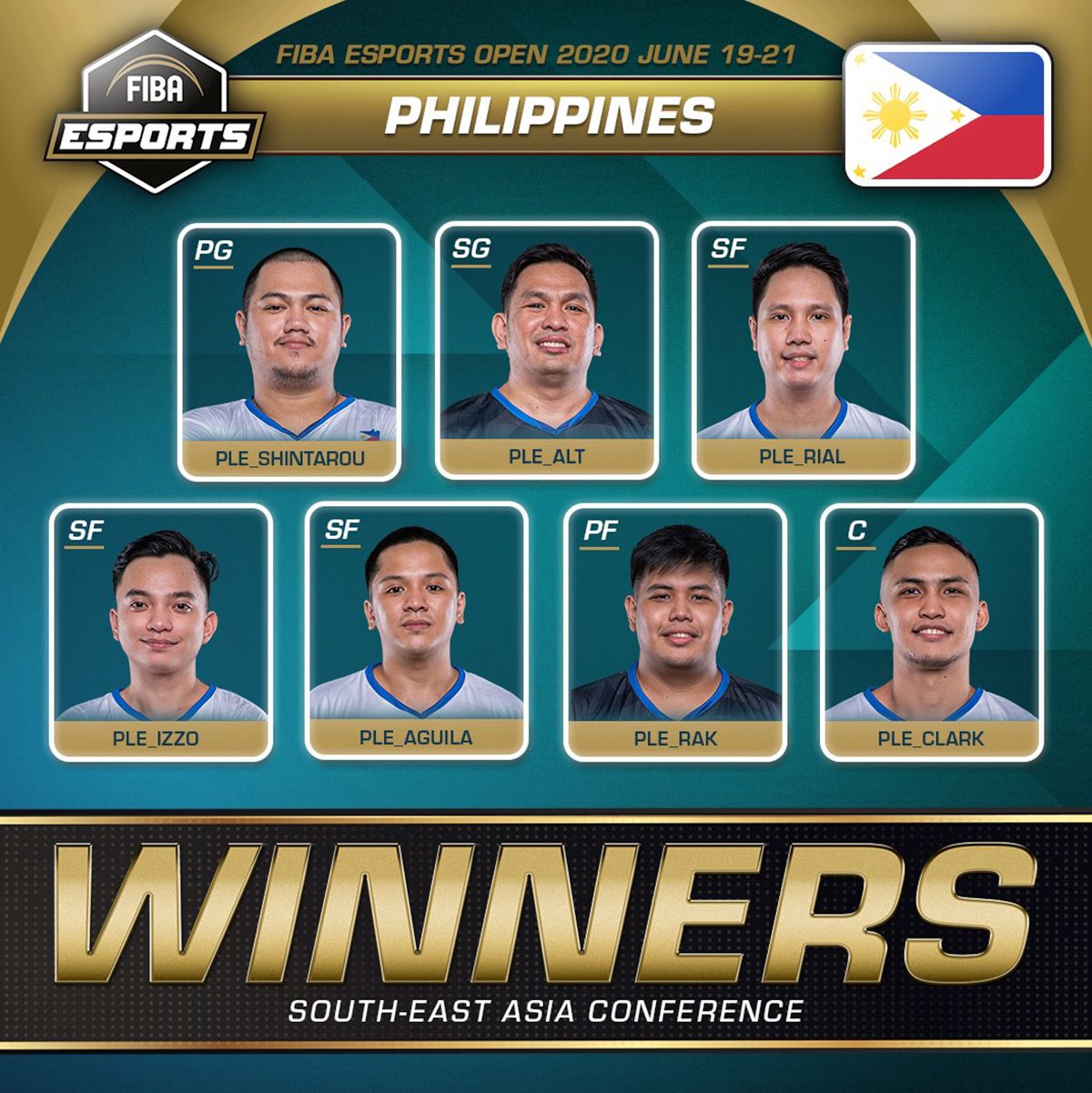 The Philippines’ love for basketball has rightfully found a way to crossover to its flourishing esports landscape.

Though E-Gilas fell to the hands of the stronger Australian team in their quest to defend their title in the FIBA Esports Open II, a promising future is only up ahead for our local NBA2K Dream Team.

The Revival of FPS With VALORANT

No competitive shooter has so quickly found a way into Pinoy’s hearts as VALORANT.

Riot Games’ take on the first person shooter was just released this year. In a short span of time, it revived not only the country’s love for FPS titles, but also the careers of retired esports athletes, like ex-Dota 2 pro Jessie “JessieVash” Cuyco, as well as ex-CS:GO stars Kevin “Dispenser” Te, Jim “BORKUM” Timbreza, and Jayvee “DubsteP” Paguirigan.

The better news about this entry is that the game’s competitive season is only about to formally start next year with the VALORANT Champions Tour. They have partnered with Mineski Philippines and AcadArena to realize their esports and competitive collegiate plans for the title. 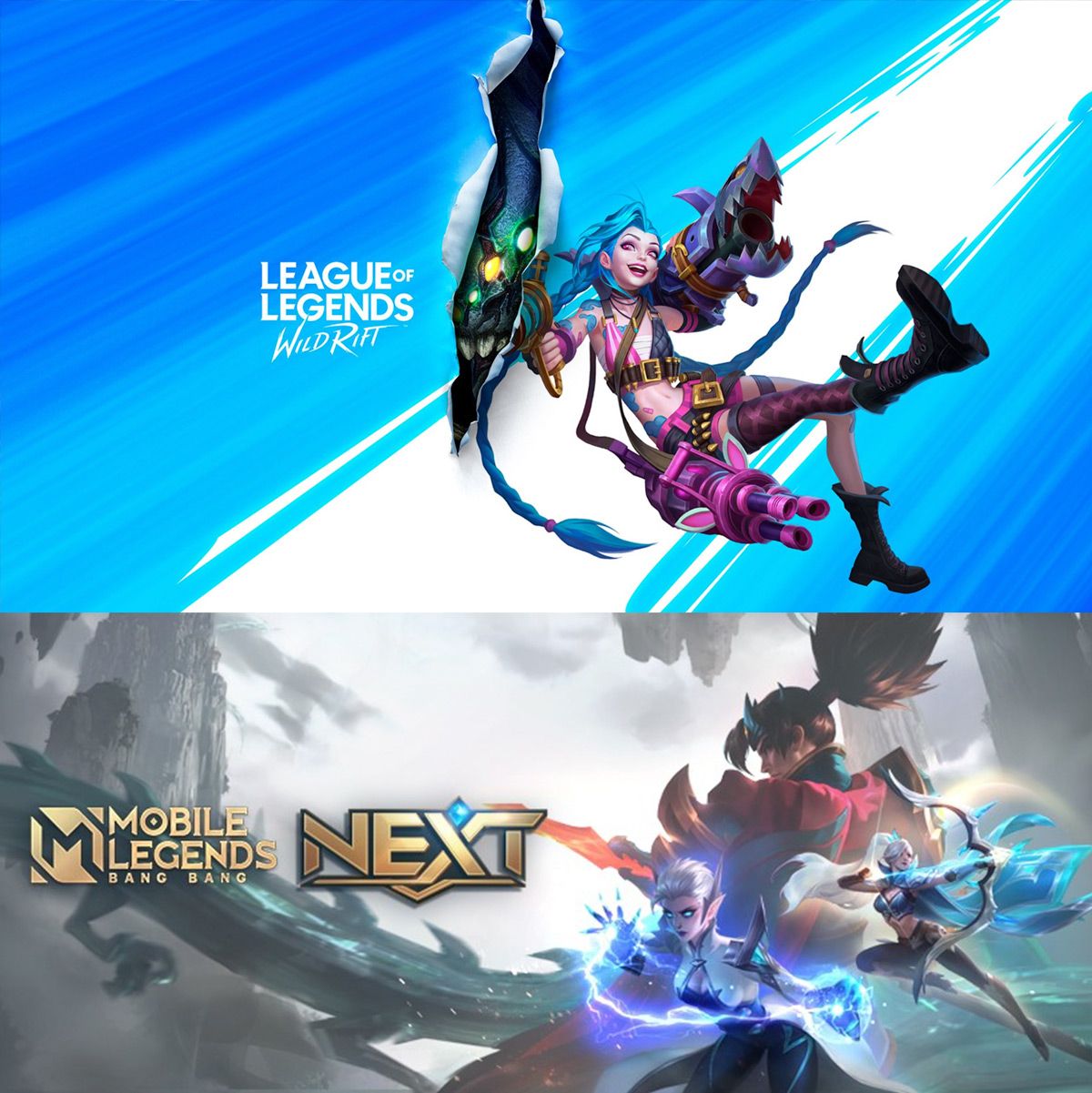 Mobile Legends: Bang Bang, for so long, was the mobile MOBA game of choice in the Philippines. But with League of Legends: Wild Rift, will everything change?

When Wild Rift officially dropped late this year, there were quite a few clashes between the fans of MLBB and LoL. Even long-time players of the long-running PC game (and eventual Esports Game of the Year) turned hostile about the Wild Rift’s attempts to implement MLBB-inspired mechanics. There was even a sub-branch of this heated discussion calling out purists for refusing to recognize that Wild Rift is a game of its own and not just a mobile version of LoL.

Before the year ended, the developers announced its plans for Wild Rift’s competitive scene. Much like VALORANT, Riot Games’ Southeast Asia branch will be partnering with Mineski Philippines and AcadArena for the fulfillment of their 2021 esports and competitive collegiate plans. 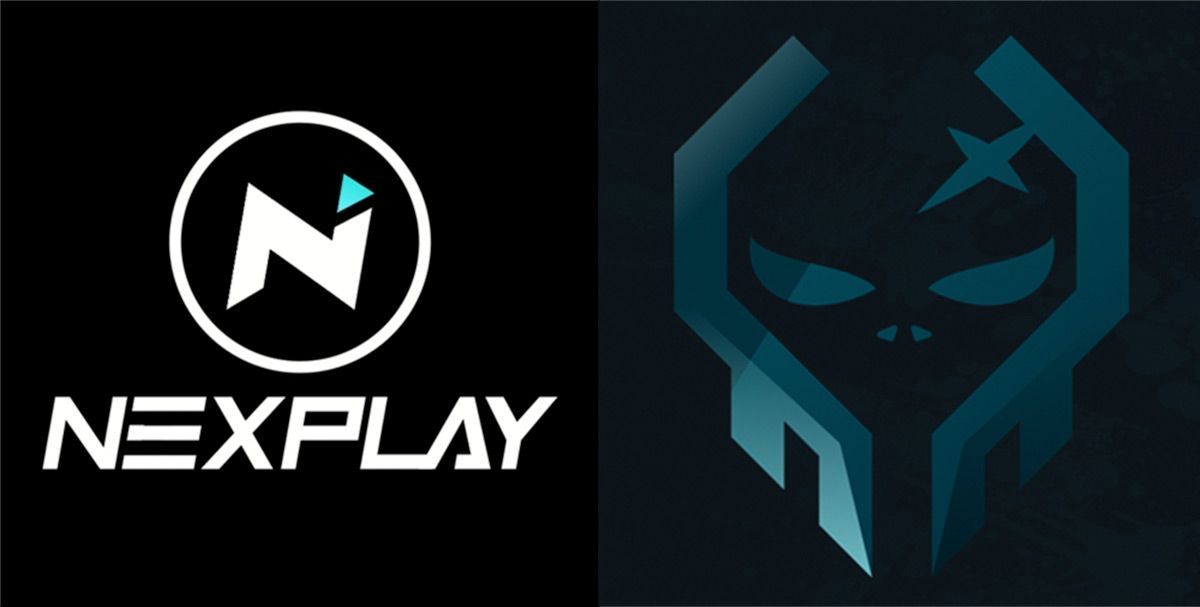 The Record-Breaking EXE vs NXP Match

What started as a newsfeed war between two of the biggest fan bases in the Mobile Legends: Bang Bang Professional League-Philippines ended as one of the most-watched esports matches in the country’s esports history.

Nearly 700,000 concurrent viewers gathered to witness the showdown featuring Execration and NXP Solid. Fans of the feisty rookie team were confident that their bets would take down the uncrowned veterans, especially after it drew first blood in the best-of-three series. They would have been right, too — if not for the determination that allowed the Billy “Z4pnu” Alfonso-empowered squad to snatch the victory from the jaws of an otherwise utter defeat.

More than proving how both teams can walk their talk, the historic best-of-three series also served as a celebration of the Philippines’ mobile esports scene. The matchup lived up to the hype not only because it featured two of the most popular banners in the league, but also because of the Filipinos’ love for high-level ML action. 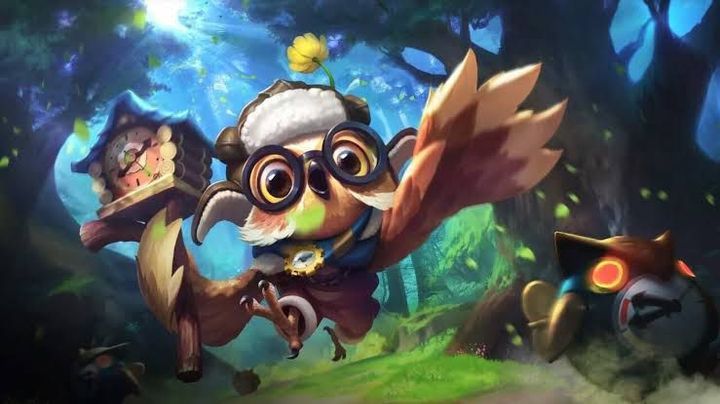 It’s incredibly fitting how a strategy as silly as this one was founded in a year as crazy as this one.

The Diggie Feeding strategy, first employed by the two-time MPL-PH champions Aura PH, involves the support hero invading enemy territories to gather information and disrupt rotations, two factors that are vital for clinching victories, at the expense of its life. At first, the cheese pick disturbed only the local scene, until neighboring MPL tournaments started adapting the strategy as well.

Despite the recent nerfs on the absolutely broken tactic, its existence and viability in professional play will forever serve as a testament to the Filipino esports athletes’ creativity and skills.

This hashtag has been thrown around a lot since 2018, but the reasons behind its ubiquity recently are definitely one of the defining moments for esports this year.

Let’s start with the most obvious one: Bren Esports finally won its first MPL-PH championship title after two prior trips to the grand finals. Then we have the aforementioned VALORANT team also stocking the Bren trophy cabinets as it bagged six gold medals since it was founded last September. And to cap off their already-successful year, Michael “Hapon” Magbanua won the Tekken Online Challenge: Philippines.

Fortunately, we don’t think we’ll stop seeing this hashtag anytime. Bren Esports’ MLBB roster will soon be up on the international stage as they received an invitation to the M2 World Championship. Their VALORANT squad remains the strongest team in the country to date. And considering the roadmaps of multiple esports titles and the organization’s resources, we’ll definitely have more reasons to spam #BrenLangMalakas in the near future.