IN A reveal video that already has Tristan “Yawi” Cabrera hitting a goon with an off-the-wall kick and Ashley Marco Dungo “Killuash” Cruz throwing a smoke grenade, ECHO PH’s unveiling of their stacked Season 9 lineup was initially supposed to be even crazier.

For the shoot, management had purchased toy shotguns and some fake blood.

But videographer Eugene Luciano was able to talk them out of putting it in.

Still, Liwanag regrets that the fake earpieces she ordered from abroad never made it in time for the shoot. 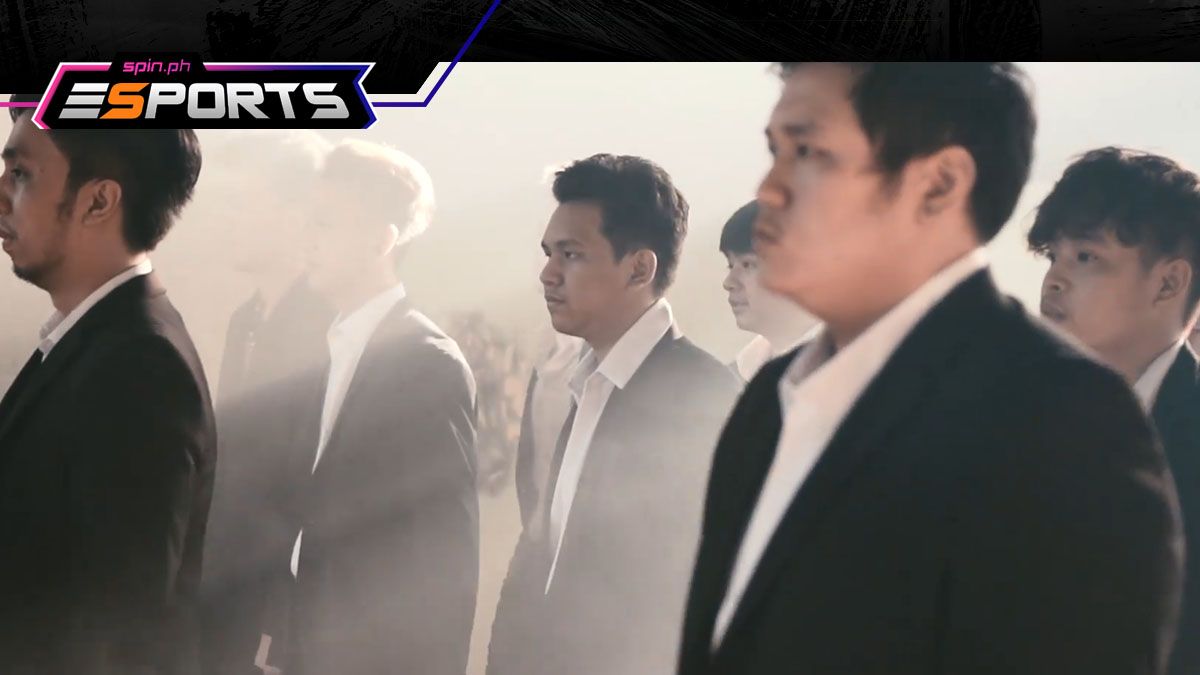 ECHO PH goes over the top in reveal video

But to make the formal announcement, the esports org knew it had to make the video reveal even more over the top.

So he brought the entire team — black suits, toy guns, and all — to a rented warehouse in Bulacan, which also sometimes doubled as an airsoft venue. It was only there that Luciano explained his crazy concept. It must be seen to be believed, so here is the roster reveal video once again, in all its ridiculous glory:

The players were all game with the concept, though Luciano admits that they were also slightly befuddled.

But the videographer, who has some martial arts experience, convinced them they could pull it off. All they had to was to trust in him and follow his instructions to the letter. He would demonstrate a fight move, then tell the player, “Gayahin mo lang kung ano’ng ginagawa ko.”

Luciano’s commitment to the day-long shoot was immense. From the moment they arrived on location at 10 a.m., all the way until they wrapped things up at 5 p.m., he was a tireless one-man crew. (His lone assistant had to play the part of one of the goons.)

They shot over one day on December 14, before releasing the video on noon of December 21. As of posting, the Facebook video has already accumulated more than a million views, as well as almost 5,000 comments and 90,000 reactions.

Some fans compared the reveal video to an episode of the long-running teleserye Ang Probinsyano — though, truth be told, the inspiration for Mitch Liwanag and Eugene Luciano was actually the Mafia-inspired Kdrama Vincenzo.

But it was certainly a different kind of overwhelming from what he experienced in the shoot, which, by all accounts, ECHO pulled off by the skin of their teeth.

So, for safety (and budget) purposes, Liwanag had only purchased two. But on the first take, Killuash pulled the pin too fast, sending smoke flying everywhere. One grenade down, one to go.

Thankfully, Killuash was able to nail the grenade throw on the second take.

And then, of course, there was KarlTzy’s unfortunate wardrobe malfunction.

The tear went all the way down to the young superstar’s knees.

But ECHO mainstay Aaron “Aaronqt” Lim had an extra pair of pants with him that fit KarlTzy perfectly. Nepomuceno put them on, and went straight back into action.