Fan since Season 1, Chantelle makes a splash in her return as an MPL-PH caster

ON THE day that she returned to the MPL-PH, Chantelle “Chantelle” Hernandez heard the terrible news: fellow caster Aldrin Paulo “Dunoo” Pangan had passed away.

Mere hours before the Mobile Legends league would kick off and her broadcast was about to start, she posted this Tweet as a message to her friend and mentor.

“Sobrang bait ni Kuya D,” she told Spin.ph in an interview two weeks later. As fellow talents in LuponWxC, the legend had also mentored her, and often asked her when she would go back to the MPL.

Chantelle wanted to surprise him with the news that she had, indeed, made her big comeback. The league had called her up just days before to tell her that they needed her to pinch-hit for a vacancy in the panel.

Hernandez couldn’t believe the news at first. She spent the next few sleepless nights getting ready for opening day. (MPL-PH would end up announcing Chantelle’s return the night before the kickoff games.) But on the first day of Season 8, she felt ready, and she wanted to surprise Dunoo with the news that, yes, she’d finally made it back.

By then, though, it was too late.

The thing that she loves the most about Kuya D, Chantelle said, was how loyal he was to the Dota community. “Nag-stick talaga siya sa game niya. Nakikita ko yung sarili ko sa kanya that, mahal niya talaga ang Dota. Ganun yung ginawa niya for the Dota community, forever.”

This is something she wants to emulate — but for Mobile Legends.

Now, she has the chance to do just that, with her big return to the MPL-PH caster crew. 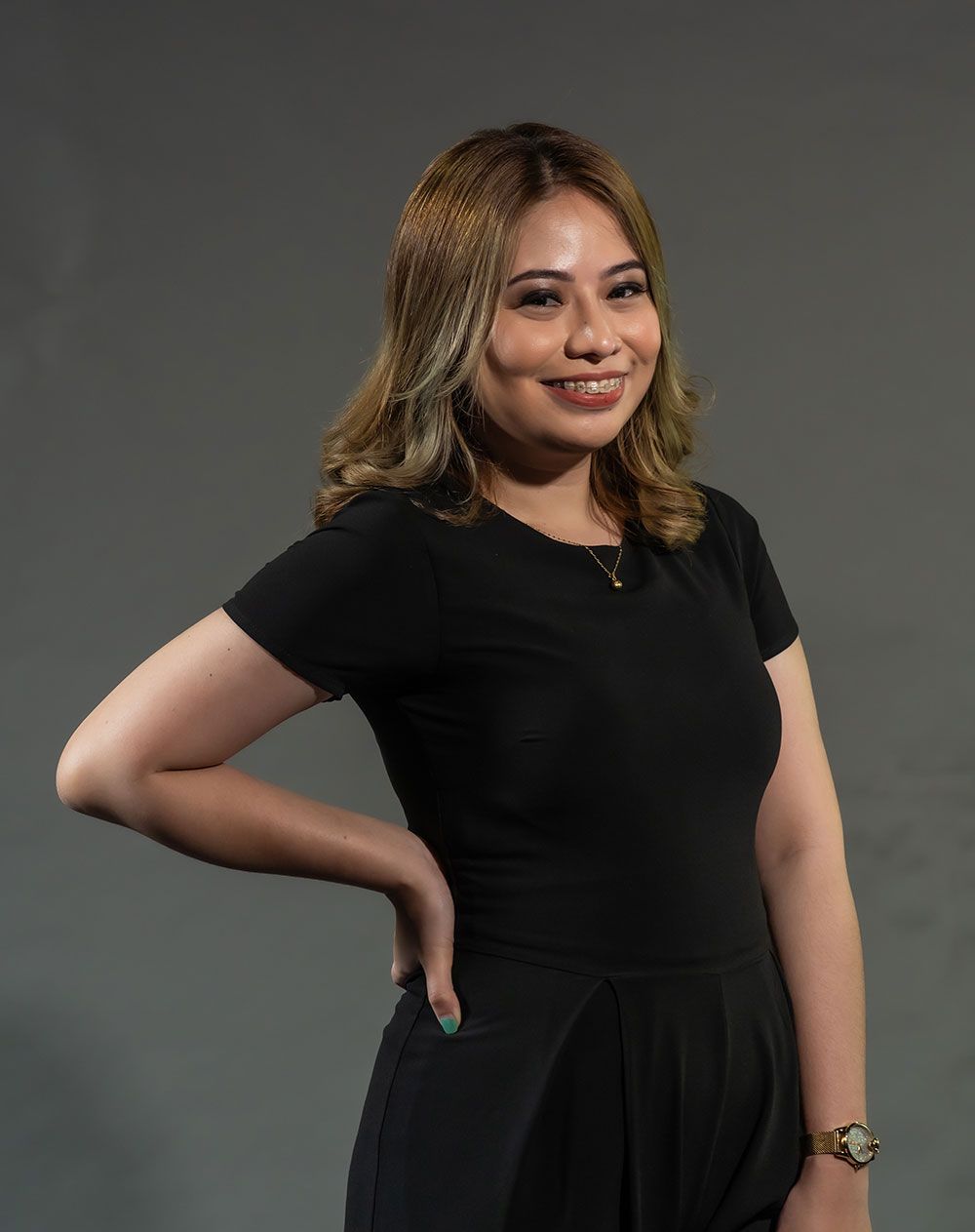 It’s been three seasons since she was last in the broadcast panel, but for Chantelle, it feels like a lifetime. And the MPL-PH that she returned to feels very different from her last go-round behind the mics.

She got a taste of how different the league is a couple of months back, when she joined the intense, three-day Caster Search bootcamp.

Francis Joses “OSX” Cantero would end up winning the competition, to become the new face in the MPL-PH. Chantelle, though, thinks of it as an “unlearning” of everything she thought she knew about being a caster.

Fans saw her last in MPL-PH’s Season 5, where she famously called the plays in the longest game in the league's history, the grueling 54-minute showdown between Onic PH and SGD Omega. (For all the Mantelle fans out there, she credits this lengthy match for helping build up the shoutcasting chemistry you now see between her and Manjean Faldas.) But not every memory of S5 was a good one for Chantelle.

During a guesting in Eat Bulaga's "Bawal Judgmental" segment last year, Chantelle vocally spoke out against the sexual harassment she experienced.

But rather than scar her or scare her away, this ugly experience from the MPL's past has motivated her to make the most of her return to the spotlight. 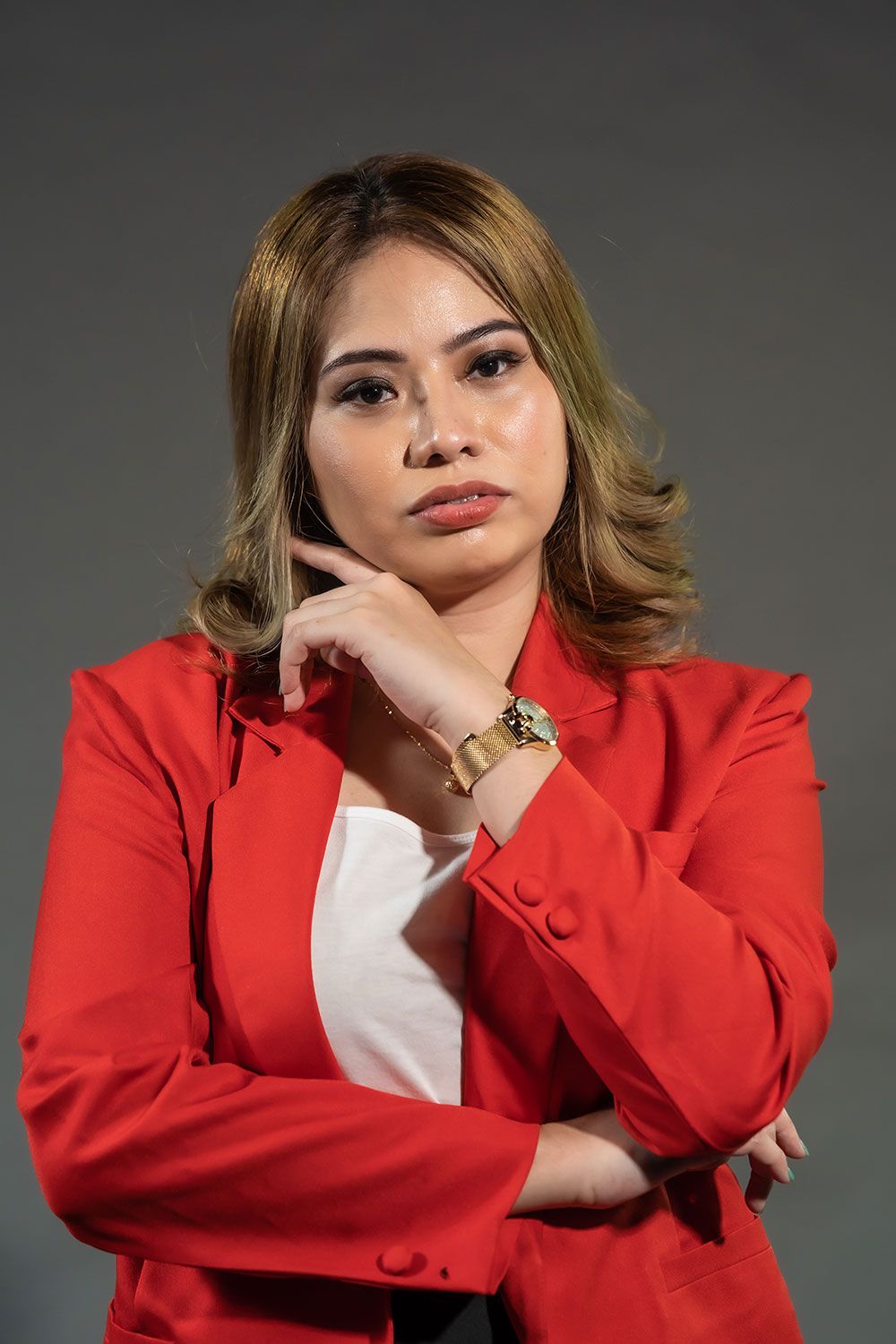 Speaking up for the fans

In the MPL-PH that Chantelle left, casters had to do their own homework, their own scripts, and their own storylines. Now, in the new-look, franchise-model MPL-PH — polished and professionalized to a broadcast-level sheen — handouts are given to every caster, with stats, stories, and even talk points listed on the cheat sheets.

Chantelle admits that this level of production caught her by surprise. But even so, she still brings a lot of her own do-it-yourself work ethic in her second league stint.

After all, she’d been a fan from the start, attending tournaments during the MPL-PH Season 1 as a certified fan. “May mga picture pa ako kina Dogie!” she remembered with a laugh.

Just as she did in her community caster days, Chantelle spends her weekdays doing her own heavy preparation for the weekend ahead.

Through the years, it’s been a tumultuous, there-and-back-again journey for Hernandez. But one thing has remained true throughout the long road: Chantelle the shoutcaster remains very much Chantelle the fan.