WITH THE formal launch of Lyceum of the Philippines and Tier One’s BS Esports course for the next academic year, debate has exploded anew on the merits of an educational track specifically dedicated to the industry.

Setsuna ‘AkoSi Dogie’ Ignacio, who has been involved since the Mobile Legends Professional League’s earliest days in the country as coach, manager, and entrepreneur, is worried about the job prospects for its graduates after graduating from the four-year course.

But first, the good things.

But would he allow his kid to take up BS Esports for a shot in this growing industry?

Interest has been quite high since Lyceum's formal launch. On the SPIN Life Facebook page, an infographic on Lyceum's course outline has been shared by almost 300 users. 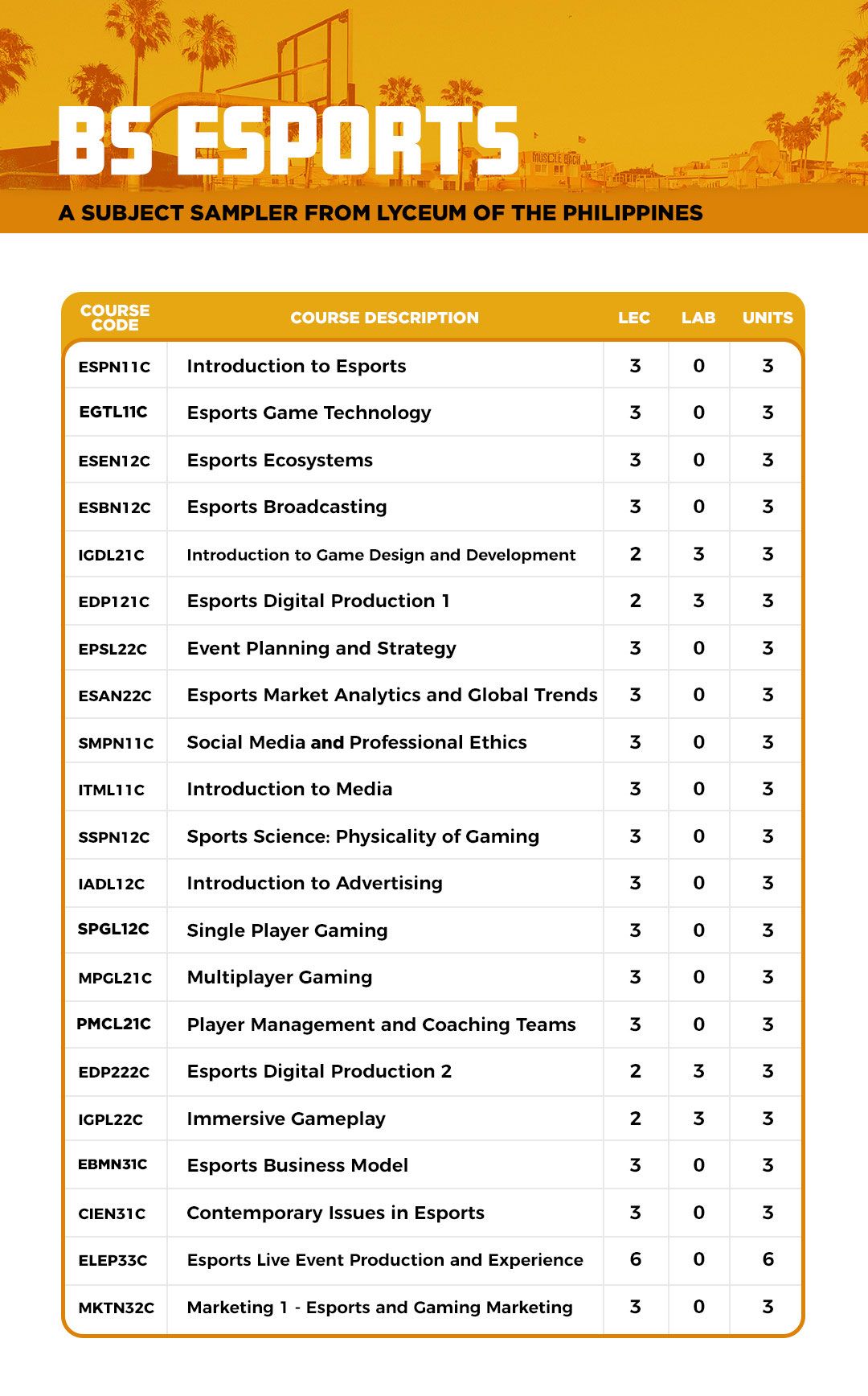 In his estimation, Dogie believes that the local esports industry is still too young and too small to accept graduates with a very specialized college degree.

His thoughts echo that of Bren Esports’ Ralph Andrei “Coach Leathergoods” Llabres, who posted a similar opinion in his Facebook page last weekend.

In his post, Coach Leathergoods asked what advantage graduates of a specialized BS Esports course possibly have over others who may have more general multimedia, marketing, or management courses who will also apply to these same companies.

In his presentation at the Lyceum launch as well as several other Facebook posts, Tier One CEO Tryke Gutierrez, who helped develop the curriculum for Lyceum, has repeatedly said that the BS Esports program was not a sure guarantee of job security.

In his own YouTube Channel, Gutierrez fired back with his own responses to Dogie's vlog.

In his presentation at Lyceum, Gutierrez had emphasized that esports would grow into a “multibillion dollar” industry by 2023. Beyond that?

The Tier One co-founder added, “Kahit sabihin mo hindi natin masasabi, ang sure kasi tayo, it’s going up, and that this is the future. Kung Tier One lang gagawa ng course, e di wag kayo magtiwala. Di naman kami school e. Pero if there’s another entity [like Lyceum] that believes it, ang sa akin lang, you have to trust the fact that this is necessary.”

Near the end of his vlog, AkoSi Dogie left it up to the viewers to decide for themselves on the merits of a bachelor of science degree on esports.