A look at all the Pinoys, and Pinoy teams, competing in the new 'Dota 2' Season

THE NEW Dota Pro Circuit (DPC) is almost upon us.

A record of 22 Pinoys will be playing in the upper division of the DPC Southeast Asia League, while two Filipino teams look to take a shot moving up the ladder in the lower division. Here’s a look at all of them! 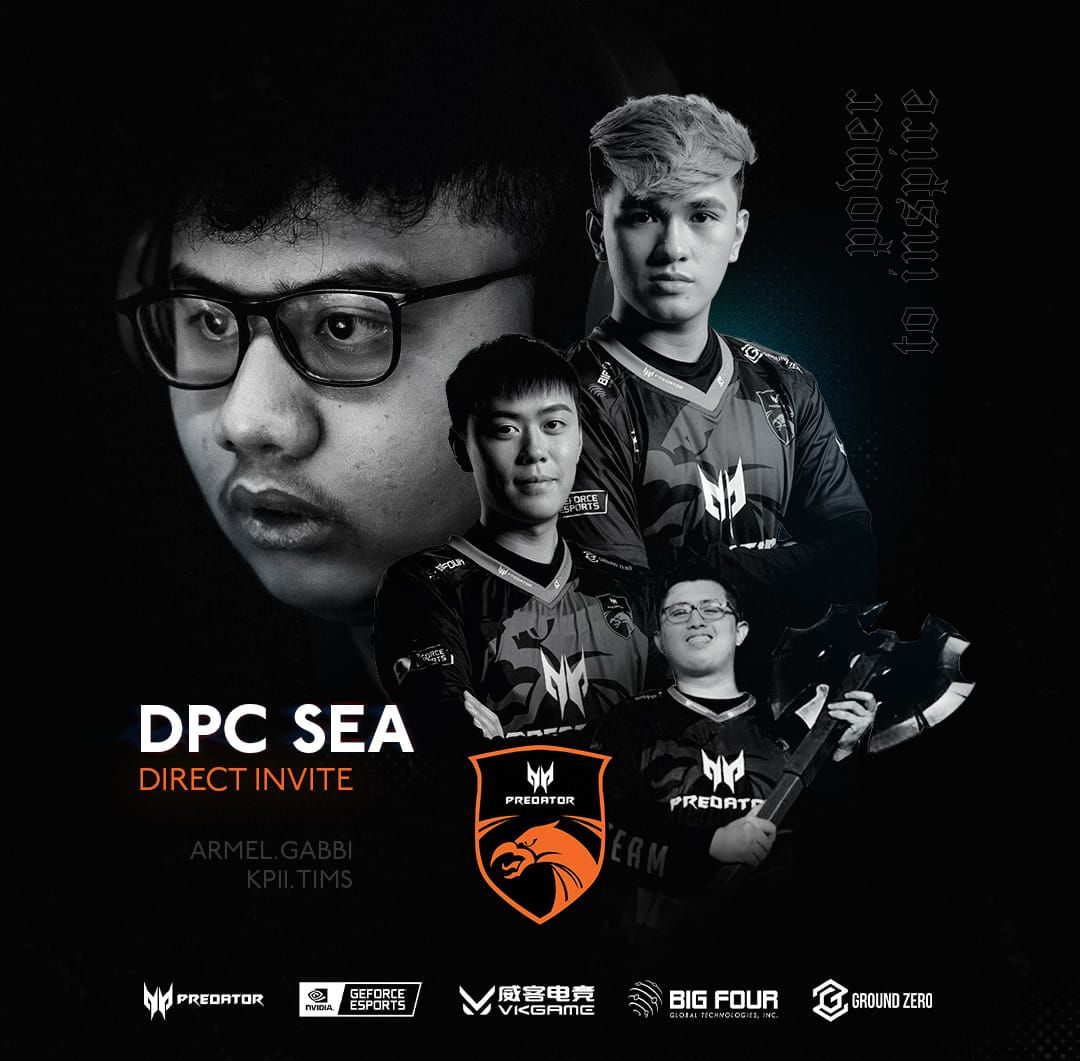 TNC Predatory was the number one seed of the 2019-2020 DPC before it was canceled due to the pandemic. The team had a roller coaster post-season, finishing 5th-6th in a couple of online tournaments, while also nabbing a string of championships with the recent BTS Pro Series: SEA Season 4 and ESL One Thailand Online SEA.

Also joining TNC in the upper-division is SEA powerhouse Fnatic. Unlike TNC, Fnatic had a few key roster moves during the downtime caused by the pandemic. The team replaced Thai carry ‘23savage’ with Pinoy Marc ‘Raven’ Fausto might give the team a boost in the coming season. Along with Djardel ‘Dj’ Mampusti, the Pinoy duo is sure to make Fnatic a top contender in the DPC.

Unlike TNC, Fnatic had a great first half of 2020, winning five straight tournaments from March to June. But the team took it slowly towards the latter half of the year choosing to play in just a few tournaments with the latest placing 4th in the BTS Pro Series Season 4: Southeast Asia last December.

T1, a name with a storied past in League of Legends, now hopes to make a mark in Dota 2 with some key roster moves in the post-season. T1 snag Pinoy midlaner Karl ‘Karl’ Jayme and more recently offlaner Carlo ‘Kuku’ Palad from their exodus from GeekFam. 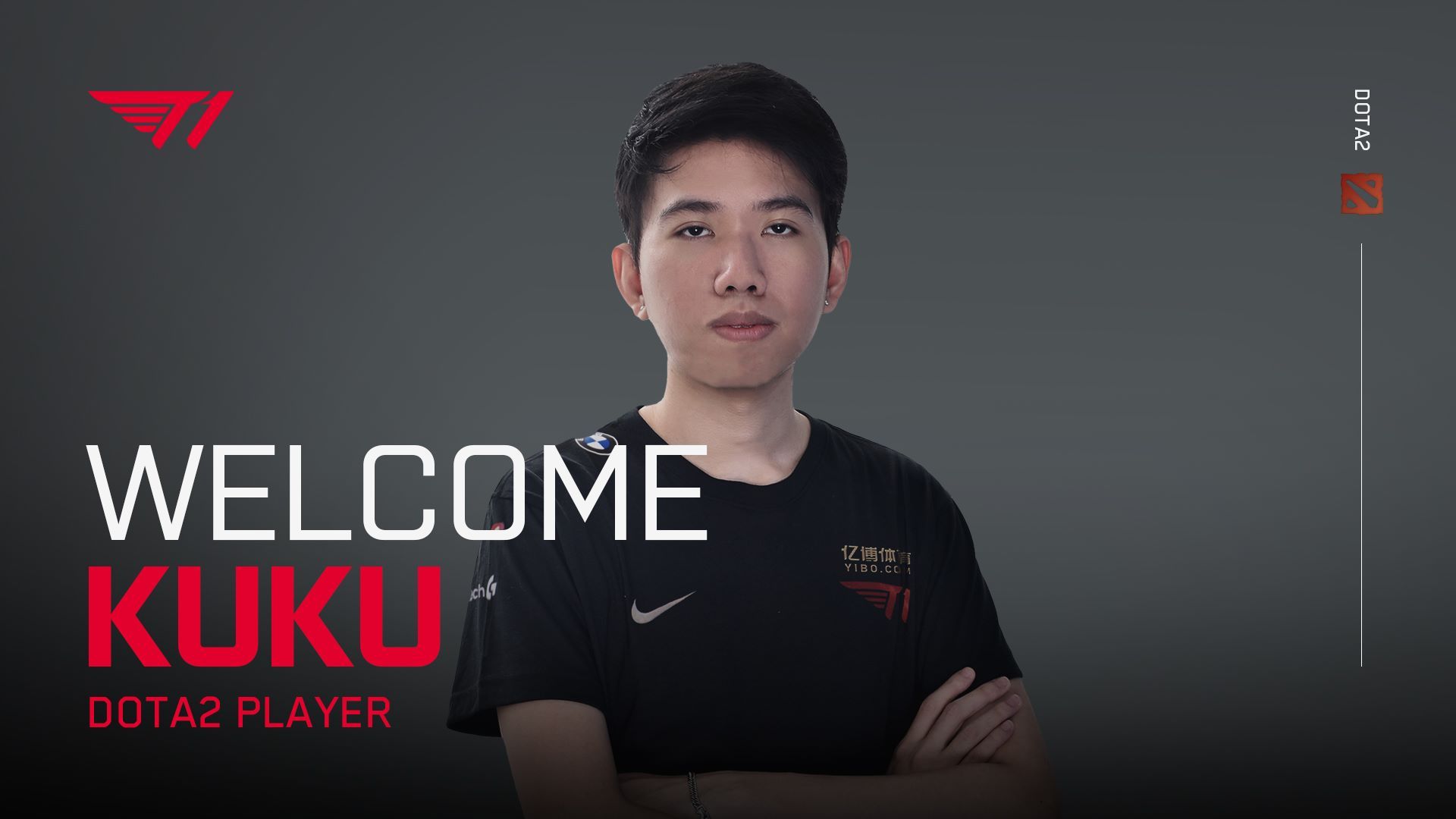 Only created in late 2019, T1 hasn’t had that many successes yet in Dota 2. The team recently finished third in the BTS Pro Series Season 4: Southeast Asia and a respectable 4th in the ONE Esports Dota 2 SEA League and 5th-6th place finish in ESL One Thailand 2020: Asia. 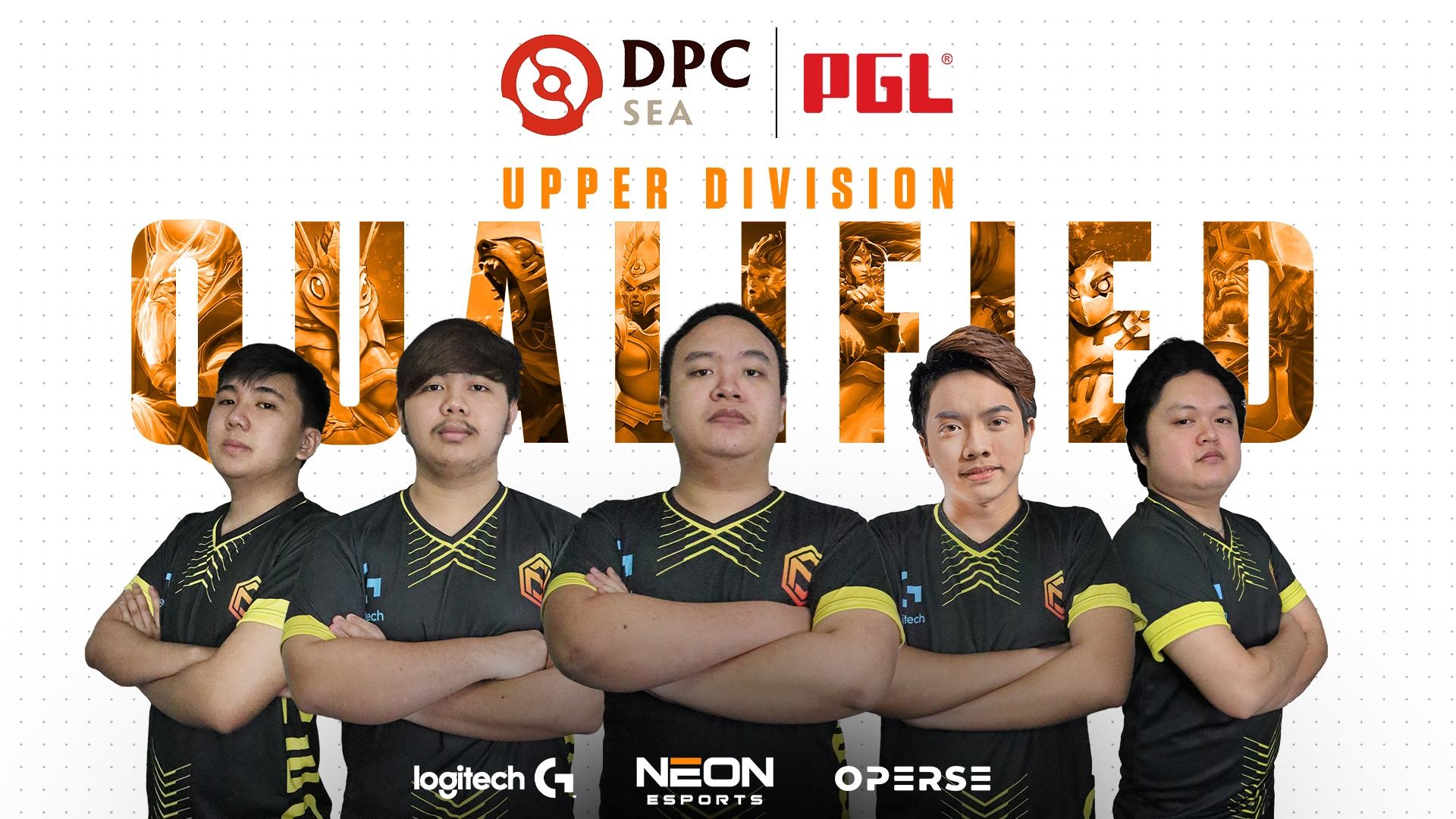 Neon Esports glided through the tournament's closed qualifiers, sweeping an all Pinoy bracket to become the first team to qualify to the Upper Division. The team has had great results in the last couple of months, finishing 3rd at the Huya Winter Invitational, and 5th-6th in the Dota Summit 13 Online: Southeast Asia.

Execration is looking to bring back its Dota 2 glory days, pushing their way out of the open qualifier and the lower bracket of the closed qualifiers to become one of the last two teams to qualify for the upper division.

The team came through the Open Qualifiers and swept Malaysian team Galaxy Racer in the lower bracket of the closed qualifiers to secure their spot to the upper-division. Being the new kid on the block, Vice Esports only major tournament appearance is the recent BTS Pro Series Season 4: Southeast Asia where they ended the tournament in the 7th-8th spot.

Meanwhile, the bottom two teams will be relegated to the Lower Division for Season 2 of the league.

The Filipinos have tough competition ahead with DPC mainstays BOOM-ID also in the upper division. Plus, Vietnamese team 496 Gaming has seen some pretty good results as of late and might possibly be a wrench thrown in the mix.

And now for the Lower Division

Two other Filipino teams will vie for a spot in season two’s upper-division. Two local powerhouse teams, Cignal Ultra and Smart Omega, need to finish atop their group to participate as Upper Division teams for the next season. 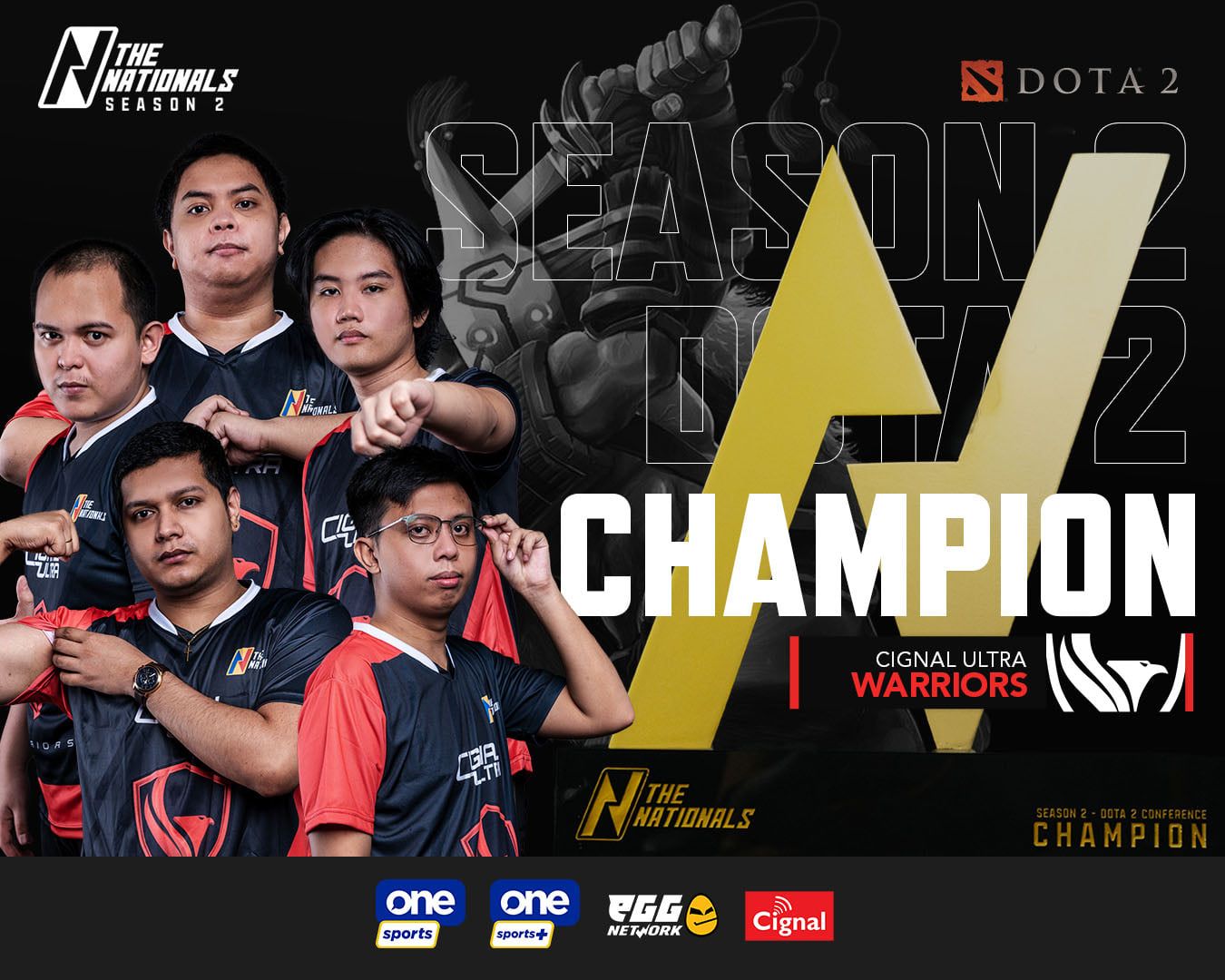 Cignal Ultra has grown to be a household name in competitive Dota 2 in the country. Composed of Denz Daryll ‘Abat’ Anedez, James ‘Jamesy’ John, Van ‘Van’ Manalaysay, Erice ‘Erice’ Guerra, and Jomari ‘Grimzx’ Anis, Cignal Ultra has been on top of the local Dota 2 scene with their wins in The Nationals.

The team recently defended their Nationals crown over the STI Olympians in the Nationals Season 2. The team was eliminated from joining the upper-division by sister team Omega Esports (former PLDT-Smart Omega), 2-1 in the lower division of the closed qualifiers. 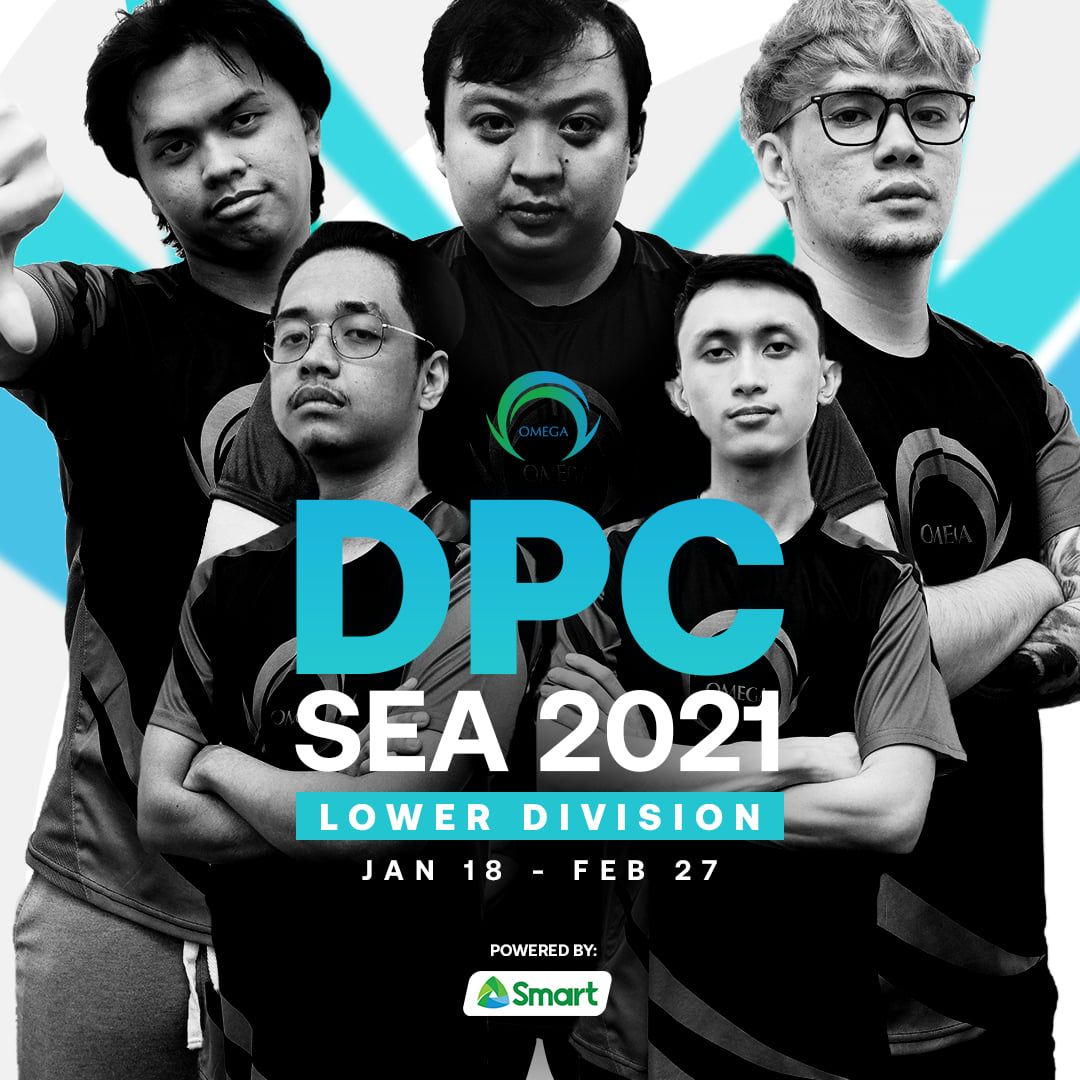 The group showed some fairly good results last year, earning some 5th-6th finishes in Dota Summit 13 Online: Southeast Asia, ONE Esports Dota 2 SEA League, and a fourth in ESL One Birmingham 2020 Online: South East Asia. The team was sent to the lower division after falling to Execration in the lower bracket of the closed qualifiers.

What's in store for these teams: At the end of Season 1, the two top-seeded teams from the lower division will move up to the upper division for season 2. While the bottom two teams will be eliminated from the league for Season 2.