FOIX, France — When one French rider starts to fade, another comes to the fore. One way or the other, France may still be on course for its first Tour de France winner since 1985.

Dancing over his saddle, his mouth wide open and gasping for air, Thibaut Pinot launched a ferocious attack on Sunday and profited from the first signs of weakness in the high mountains from French race leader Julian Alaphilippe to edge closer to the yellow jersey in the overall standings.

Ascending the last uphill finish in the Pyrenees with a display of power and fluidity that signaled that he’ll also be a major contender to win the Tour, Pinot gained time on all his rivals for the second consecutive day following his triumph at the famed Tourmalet mountain in the previous stage. 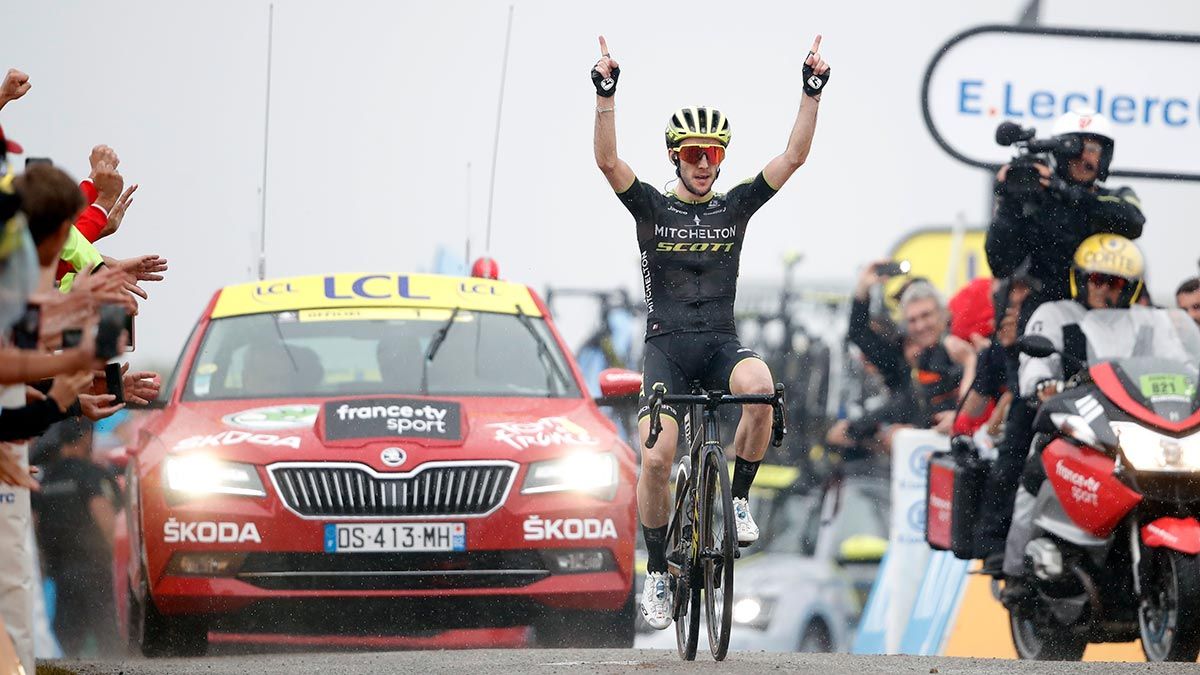 Heading to the second and final rest day on Monday ahead of what promises to be a climactic final week in the Alps, the race is exquisitely poised. Six riders are all within two minutes, 14 seconds of each other at the top of the standings.

The six terrible ascents above 2,000 meters in the Alps, peppered over three mountain stages, will likely decide who will stand on top of the podium on the Champs-Elysees next Sunday.

“The high mountains have only just begun,” said Alaphilippe. “The Alps are going to be a big mouthful.”

Surging from the mist and rain, Pinot crossed the finish line of Sunday’s Stage 15 in second place, 33 seconds behind Simon Yates, who posted a second stage win after a long solo raid, three days after his first stage victory in the southwestern mountain range. 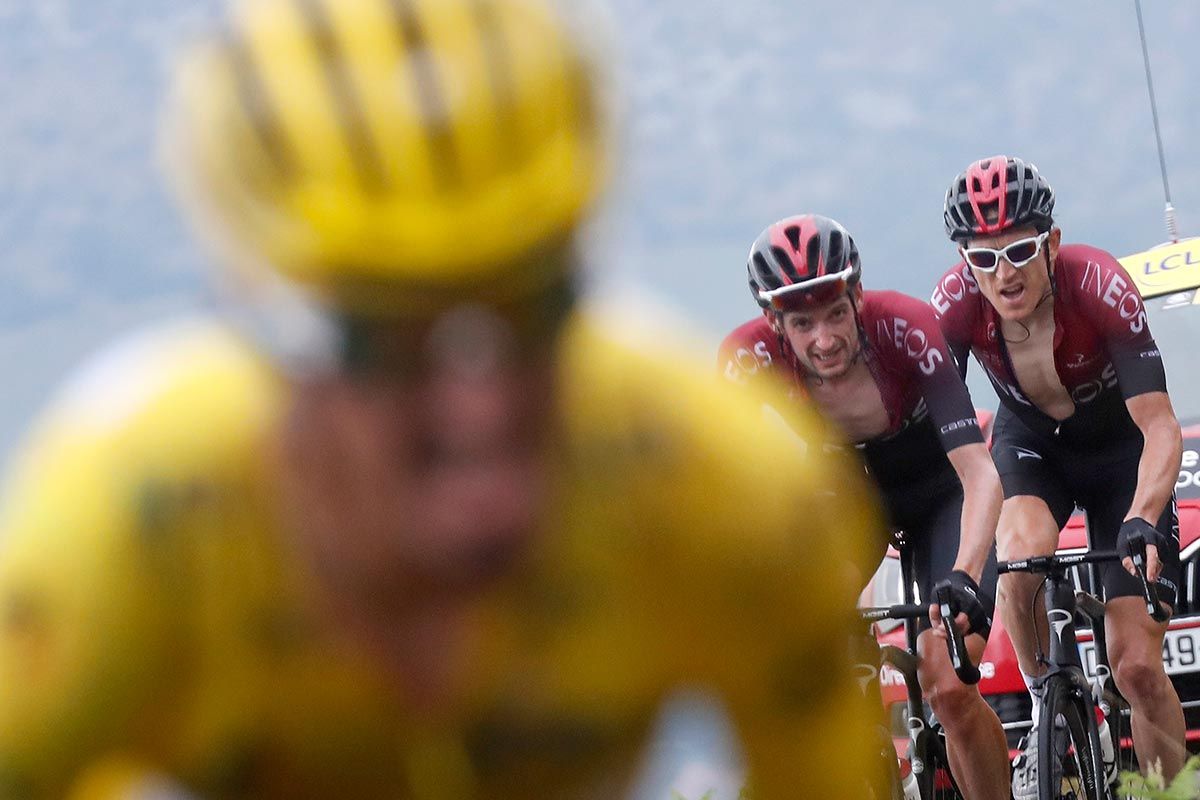 The 29-year-old Pinot was irresistible when he made his move seven kilometers from the summit. Only Emanuel Buchmann and defending champion Geraint Thomas’ teammate Egan Bernal could follow. But Pinot accelerated again about 2 kilometers later to drop them for good.

“The weather conditions and the stage were good for me, I had good sensations, I needed to make the most of it,” said Pinot. “I need to keep going up in the general classification, the most difficult stages are looming.”

While Pinot was escorted by his faithful Groupama-FDJ teammate David Gaudu in the final ascent toward Prat d’Albis, Alaphilippe was isolated without a single teammate to help him in the 12-kilometer climb and cracked, yet managed to salvage his yellow jersey.

Alaphilippe was so exhausted after his effort up the hill, where he grimaced through the rain, that he had to grip a roadside barrier afterward while he caught his breath.

“If I crack I hope he’ll carry the torch for the French,” Alaphilippe said about Pinot.

Thomas, who had already conceded time to Pinot at the Tourmalet, remained second in the general classification. He got dropped when Pinot took the lead from a reduced group of contenders but did not panic. He rode at his pace until he accelerated with 1.5 kilometers left to cut the overall gap on Alaphilippe from 2 minutes, 2 seconds to 1:35. Steven Kruijswijk of the Netherlands stood third overall, 1:47 off the pace.

Thomas said after the stage he could have tried to follow Pinot earlier but instead opted for a conservative approach because he did not want to bring back Alaphilippe to the front. Bernal was with Pinot and the Welshman would not take the risk of chasing down their common rival. Bernal, a Colombian with excellent climbing skills, remains involved in the fight for the yellow jersey, 2:02 behind Alaphilippe. 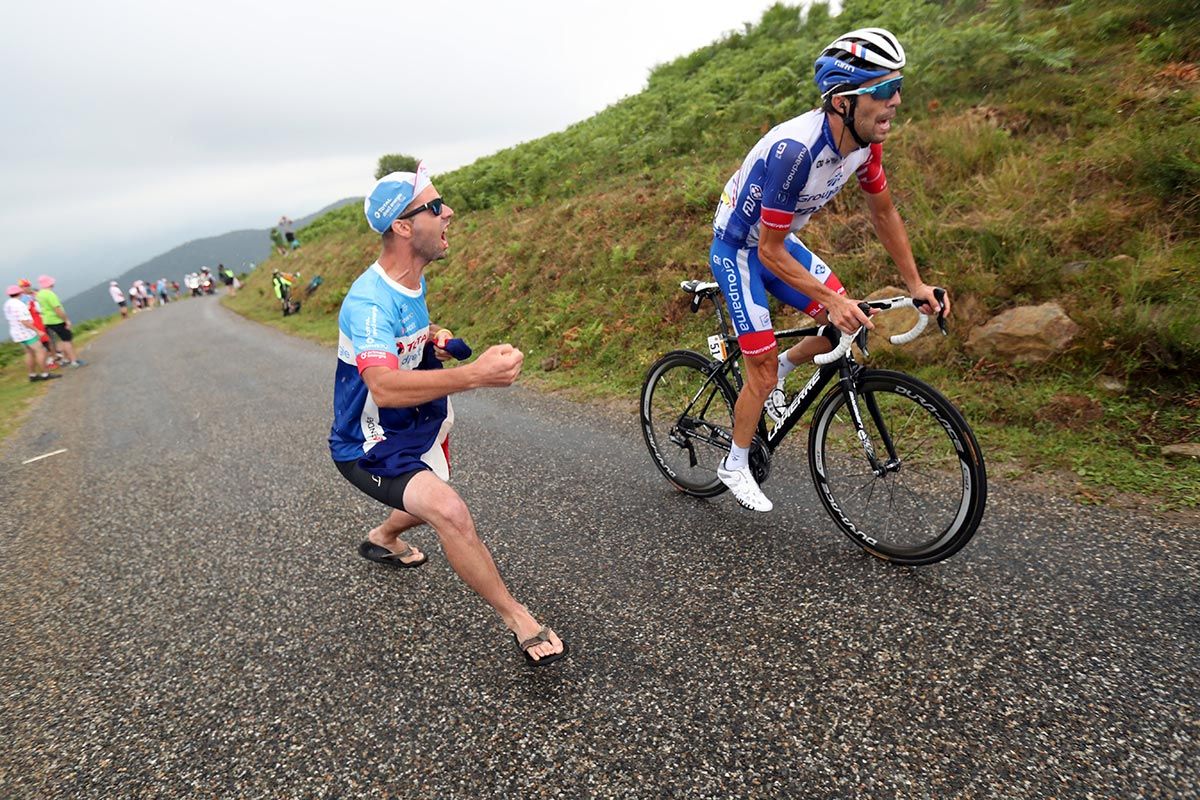 “I felt better than yesterday but I needed to try to pace it when it all kicked off,” Thomas said. “It’s a difficult one, tactics wise. I wanted to go, I had the legs to go but I wasn’t going to chase down Egan Bernal with Alaphilippe on my wheel.”

Coming right after the ascent of the Tourmalet, Stage 15 ran close to the ancient Cathar castles and was a punishing ride totaling more than 39 kilometers of climbing.

Alaphilippe was so exhausted after his effort up the hill, where he grimaced and dribbled through the rain, that he had to grip a roadside barrier afterward while he caught his breath.

“If I crack I hope he’ll carry the torch for the French,” Alaphilippe said about Pinot.

Yates, the Vuelta champion, was given a free reign by the peloton when he took part in an early breakaway as he was not a threat overall. He made his decisive move about nine kilometers from the line.

“I’m very proud of that,” Yates said of his second victory at this Tour.