The 33-year-old Australian spearhead of Japanese continental squad Kinan Cycling Team joined a breakaway just 10 kilometers into the tour's longest lap at 207.35 kilometers and didn't let up until the final sprint infront of the city hall here, when he had the title secured.

Crawford finished fifth in Stage Four three seconds off the first group led by stage winner Park Sanghong of LX Cycling Team, enough to overhaul his two-minute deficit in the only Philippine race recognized by the international cycling body UCI.

Crawford finished in 17 hours, 33 minutes, and seven seconds to win the title by 28 seconds over Whitehouse, who finished just 14th in Stage Four and was 2:28 behind Park.

Crawford, the second-placer in the 2009 Tour de Langkawi, came all the way from ninth place in the overall general classification to win a UCI Category 2.2 race for the third time in his career.

“It’s very nice. It’s very good to start the year like this,” said the former member of the Australian national team. “If it’s a race like this, if you are willing to attack, you come up with good results.” 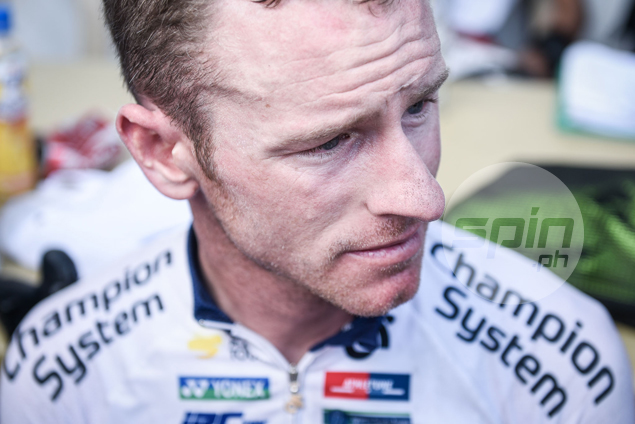 Crawford and five other riders that included Spanish rider Edgar Nieto of Philippine continental team 7-Eleven Sava RBP were in firm control upon entering the only climb of Stage Four inthe road more popularly known as the ‘Tatlong Eme.’

Nieto, who is married to a Filipina and is now based in the Philippines, also had the chance to snatch the title but fell behind in the final five kilometers of the race due to sheer exhaustion.