LIMA, Peru — A tattoo of the Olympic rings on the right wrist of two-time BMX gold medalist Mariana Pajon is now a badge of honor. A second tattoo on her left arm reading "Beyond gold" reminds her to strive for more.

The Colombian raised that same arm and pointed it to the sky triumphantly on Friday (Saturday, Manila time) when she crossed the finish line to win the BMX racing gold at the Pan American Games.

The victory continued to cement her legacy in a sport that traces its roots to southern California, but that Pajon has conquered since she won at the London Olympics in 2012 and again in Rio four years later.

Pajon had another dominant performance in Lima, winning all three of her semifinal runs. She finished the nearly quarter-mile course filled with bumps and sharp turns in 36.323 seconds, beating Brazil's Paola Reis, who won silver. Stefany Hernandez of Venezuela took bronze.

"I've faced a lot of tough moments this year, so just to be able to be here is wild," the 27-year-old Pajon said after the race. 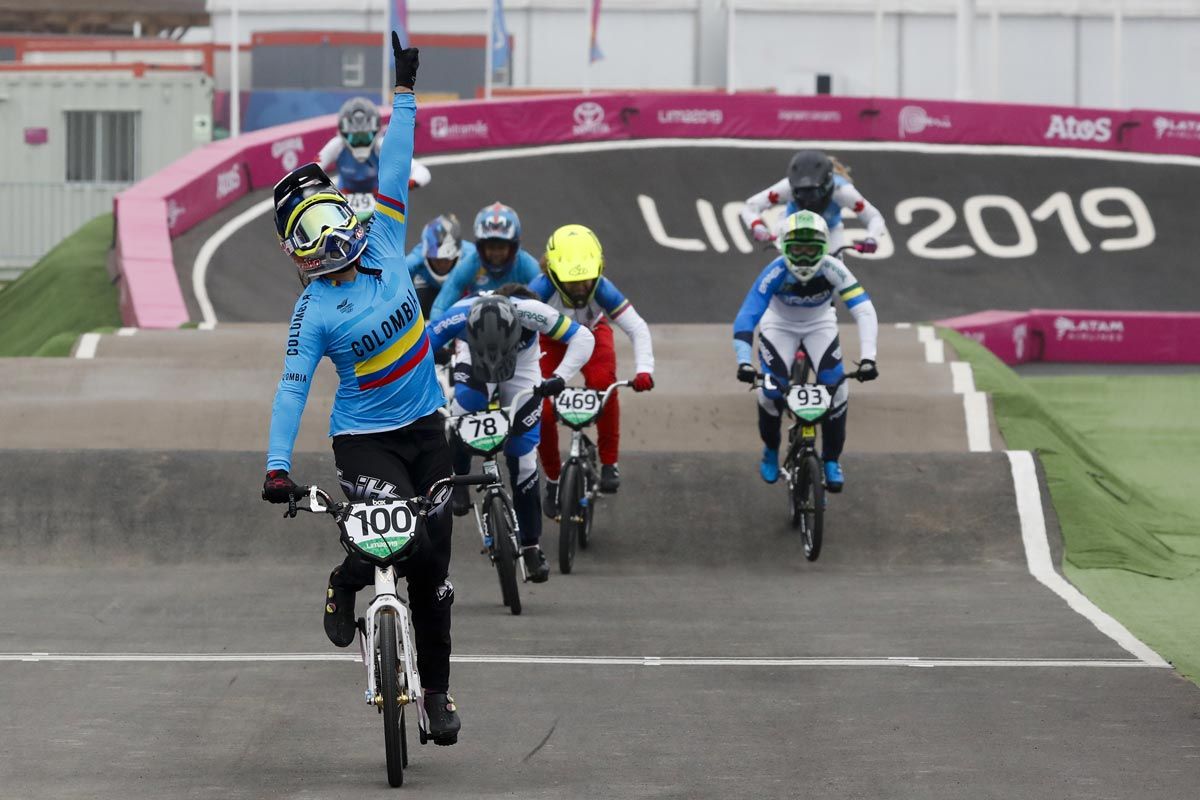 Last year, Pajon tore a ligament when she crashed on the first jump of the World Cup in the Netherlands and had to be carried off the course on a stretcher. She couldn't ride for months. She didn't know if she was going to walk again, let alone compete. So her first race back felt like an Olympic gold medal.

But she fell again during the recent World Cup in Belgium and arrived in Lima recovering from other injuries.

"Even though I fell at the (Belgium) World Cup, I left with good feelings at that World Cup," Pajon said. "I arrived to Lima feeling strong, even with micro-fractures in both arms, stitches in my elbows, sprains in the ankle and waist. I didn't know if I was going to race here. But the heart is stronger and propels you to come here."

Pajon separated herself from other riders by pedaling fast from the start.

"The gate is 70% of the race," she said. "It takes all the power you have, and you have to just get in front straight out of the gate."

She also won gold at the 2011 Pan Am Games in Guadalajara. But she fell in the final race of the 2015 Toronto Games and missed the podium.

"I want our national anthem to be heard worldwide," said Pajon, who began racing at age 4 and whose triumphs have prompted the opening of BMX circuits across Colombia.

During the race, fans waved the yellow, blue and red national flag and yelled out, "Vamos Mariana!" 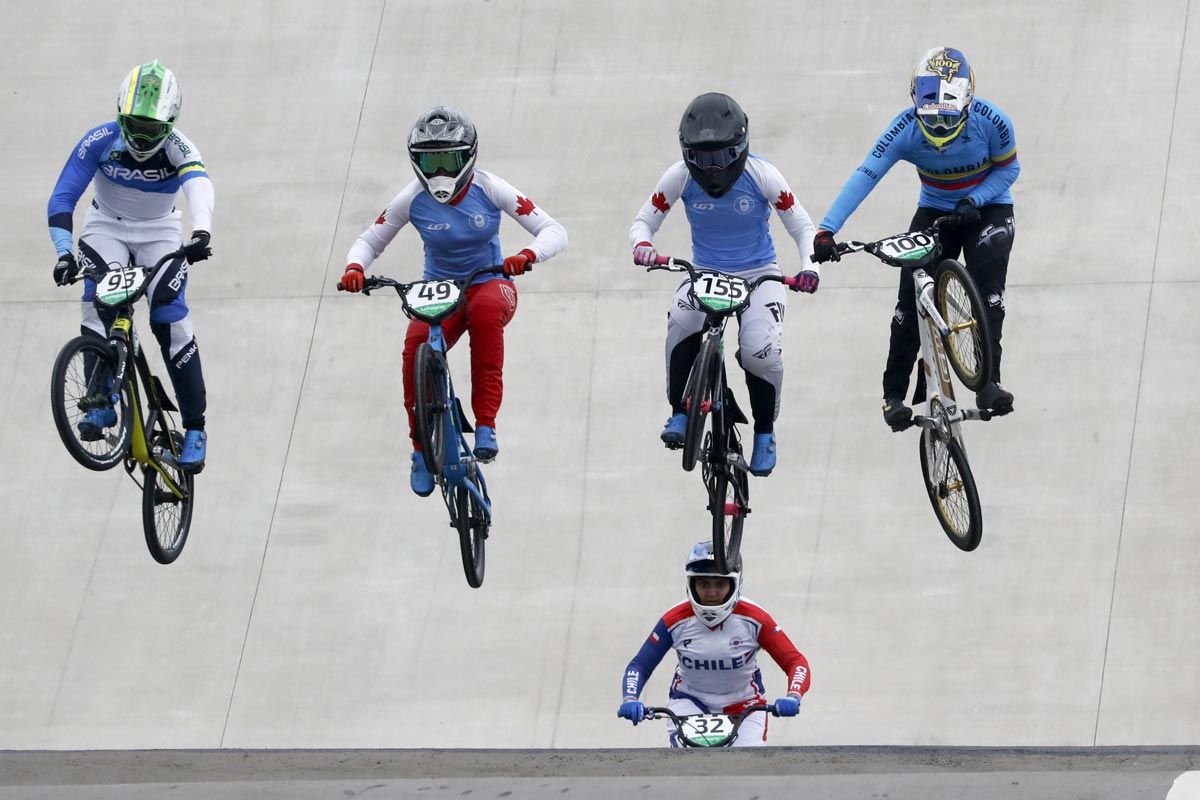 Colombia continues to celebrate its cycling victories. Less than two weeks ago, 22-year-old Egan Bernal was crowned as the Tour de France's youngest post-World War II champion, and its first from South America.

Pajon closely followed Bernal's victory like many other Colombian fans who were partying even before he crossed the finish line on the Champs-Elysees.

"I'm so happy for him. ... He motivates us all," she said. "We have these medals and his name way up high, and all of that pushes you forward. We have to thank Colombia for believing in us."

As the tattoo on her arm says, it goes beyond the gold.

"I got this tattoo after my gold in London because I was coming home and everybody was telling me, 'Oh, here comes the Olympic gold medalist,' and I think I'm more than that," Pajon said.

"I can be an example. I can just expand and do good things and be an example for everyone. I'm not just a medal. I'm a human being trying to do my best."