JUST like the small red chili, Legazpi City’s own Janelle Mae Frayna may look shy and unassuming but she packs a fiery flame in her tiny frame.

The 20-year old pride of Legazpi City, Albay is one tough cookie as she was hailed as the first woman Grandmaster of the Philippines last September.

But impressive as her feat may be, Frayna’s journey wasn’t as easy as a two-move checkmate.

Then a 14-year old teenager dreaming to become a grandmaster, Frayna left the comfortable life she has become used to in Bicol and braved the uncertainty that awaited her in Manila.

The youngest in a brood of three and the only daughter of Engr. Corazon Sonia B. Frayna and George Gulliermo E. Frayna transferred from Divine Word College to Far Eastern University when she was in her third year in high school, knowing she would have a better chance to achieve her dream in the metropolis.

“At first, syempre hesitant pa ang parents ko na pakawalan ako pero I had to take a risk, nakita naman nila and determination ko so they let me go,” she said.

Frayna admitted that there are nights and days when she would cry while longing for her family. That some people would tell her that there’s no point in trying because no Filipina has ever become a grandmaster only made things worse.

Despite all the trials, Frayna pushed forward, choosing to listen instead to the small voice inside her head telling the uragon from Albay not to give up and just focus on her goal. 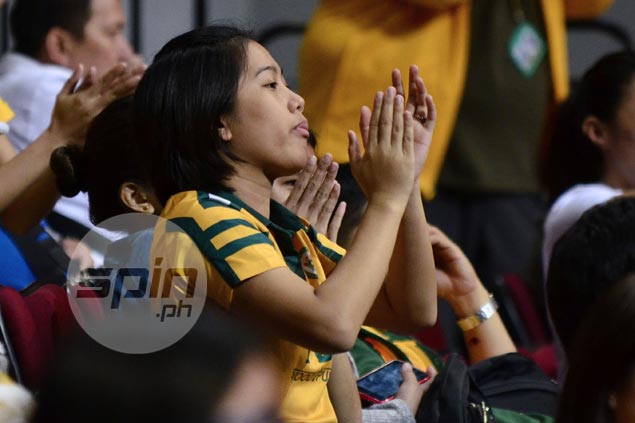 True to her word, Frayna chased her dream and success came almost immediately.

She was also the first Filipina to qualify for the Men’s chess championships semi-finals and eventually reached the grand finals in the Battle of Grandmasters in 2014, where she finished fourth out of 12 participants after defeating GM Richard Bitoon, GM Rogelio Antonio Jr., drawing with GM Rogelio Barcenilla , and beating three other IMs.

Frayna also finished fifth in the World Juniors Chess Championship in 2016, making her mark as the highest-ever finish of a Filipina in the world juniors chess stint.

She was also the UAAP Season 76 Athlete of the Year and MVP and a member of the national chess team since 2011.

Most of all, she achieved all that while adjusting to college life in Manila and keeping her studies among her top priorities. In fact, in the same year she became the first Filipina chess grandmaster, the Psychology major is in the running for honors in FEU. This should be no surprise as she has been a consistent honor student in elementary and high school.

Frayna and her coach Jayson Gonzales will go to Europe this year to compete in various tournaments to gain more experience and improve her standing in the sport.

The local government of Legazpi has already given her an award in recognition of her achievement, but Frayna stays unassuming as ever, saying she’s just an ‘ordinary person with an extraordinary determination.’