FROM dance beat to drum beat, University of Santo Tomas emerged as the big winner in Day One of the 2017 Nationals of the National Dance and Drumline Championships at the Mall of Asia Arena on Friday.

UST Prime won the Co-ed Mixed Hiphop Division by edging out the CGSU Prime Movers while University of Asia and the Pacific took third.

The UST Yellow Jackets, on the other hand, emerged as the first ever Drumline Open Division champions, besting National University Percussion Department and the Ateneo High School Band.

Wearing aviator glasses and tigerstriped jackets, the UST band opened their Bruno Mars and Mark Ronson-inspired Uptown Funk routine with drum solos and crowd-pleasing touches that included fluid formations and LED-outlined drums, a feat they accomplished despite being formed only last January. 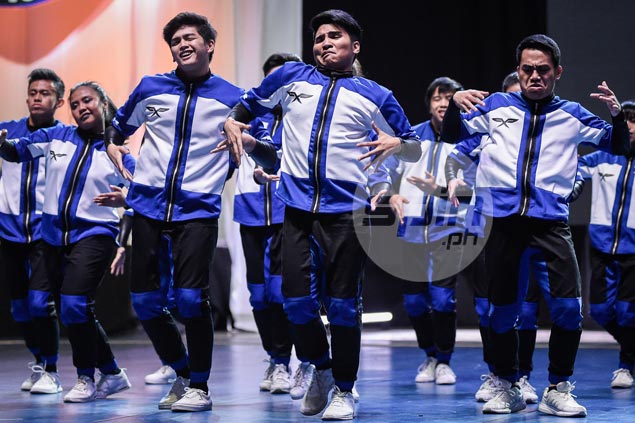 Yellow Jackets coach Isaac Alba III said he drew from his experience as a former member of the UST Pep Squad.

NU took the tactical route with all-black ballcaps, vests and combat boots that made their members look more like a SWAT team armed with percussion instruments and camouflaged drums.

Other colorful performances were delivered by the Arellano Chiefs who were garbed in tribal Igorot costumes while Adamson came out with a Naruto-inspired program.

"Day One of the 2017 Nationals was as exciting as advertised. The dance teams on all levels were more sophisticated and fun. The drumline division is definitely going to be big. We cant wait for Day Two," said NCC president Itos Valdes.

Day 2 and 3 of the National Cheerleading Championship will feature all-girls and co-ed squads.