Year after year, NU Pep Squad coach Ghicka Bernabe and her coaching staff have been finding ways to step up their game.

With her team known for its death-defying stunts and jaw-dropping routine, NU Pep Squad Ghicka Bernabe said that their fans can expect for more and she promised that they will deliver.

“Since everyone is expecting a lot from us, it’s a failure kung hindi kami magbibigay ng magandang performance,” said Bernabe during the Cheer Con on September 25 at the MOA Arena.

“Actually to be honest with you even coaches we are having a hard time na rin kasi kung ano ‘yung ginawa namin last year, previous years, nahihirapan na rin kami pantayan or talunin,” she added. 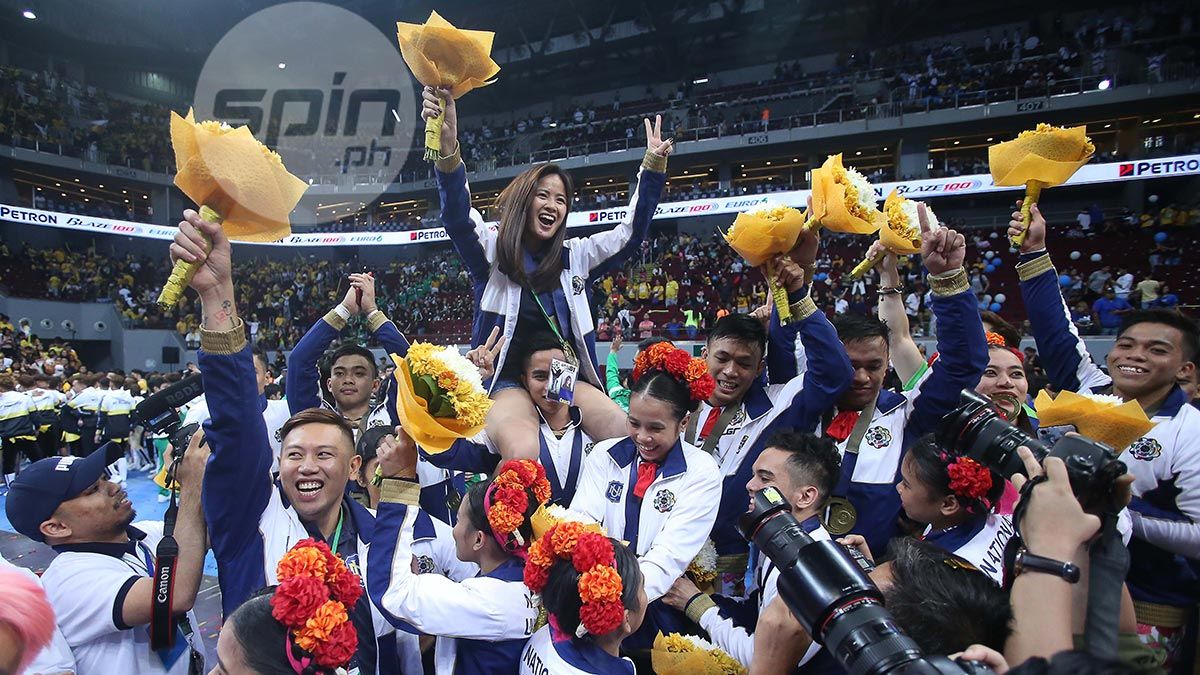 While they collect championships, five in the last six years, including a four-peat success capped by its 2016 conquest, expectations from fans also pile up.

Meanwhile, SPIN.ph requested an interview and video shoot with the NU Pep Squad but an apologetic Bernabe told SPIN.ph via phone call that there was a memo from ABS-CBN, the UAAP broadcaster, that does not allow SPIN.ph to shoot the participating teams.

She also said in a text message that it was director Abet Ramos of ABS-CBN, through the UAAP Secretariat, who did not allow the interview and the reason was all of the participating schools are under contract with ABS-CBN.

In line with the UAAP Season 82 Cheerdance Competition, SPIN.ph came up with a primer for each of the eight participating schools.