ARELLANO University pulled off a near-flawless routine to cop its second consecutive NCAA Cheerleading Competition title on Friday at the Araneta Coliseum.

The Chiefs Squad, who wowed the crowd with its tosses and stunts, garnered a total score of 234.5 points.

It was a sweet Season 93 for AU as it bagged its third overall cheerleading title in the last four seasons.

Although the Chiefs Squad paraded a smooth routine to take home P100,000 prize money, San Juan shared that their journey back to the top was not as smooth as they wanted.

It was a double blow for CSB as graduating cheerleader Jasmin Yu sustained a left knee injury after a bad fall late in their performance.

She managed to finish the routine but she was immediately rushed to Makati Medical Center for check up. 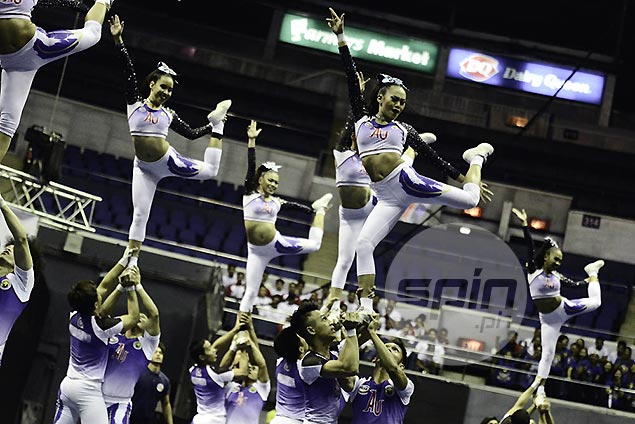