YORDENIS Ugas maintains respect and high regard for Manny Pacquiao.

Never mind if he’s considered by the Filipino boxing legend as one of ‘his easiest opponents’ in his legendary career.

The Cuban fighter and holder of the WBA welterweight belt has nothing but best wishes for Pacquiao’s safety even though the 42-year-old eight-time world division champion wasn't fully convinced about Ugas’ victory against him during their title fight last week at the T-Mobile Arena in Las Vegas.

"Many people write to me, they ask me about Pacquiao's statements that I have been one of his easiest rivals in his career," said the champion, a bronze medalist in the 2008 Beijing Olympics, in a tweet.

“The only thing I can say is that he goes to his house in peace, he recovers, and that I respect him for being one of the best boxers in history,” he added.

The Cuban fighter actually took offense on another comment from fans who called him a 'paper champion' prior to the Pacquiao fight.

Here's what he had to say:

Ugas hacked out a unanimous decision win against Pacquiao to retain his 147-lb. belt after taking the fight on just a 10-day notice following the injury suffered by the Filipino icons original opponent. Errol Spence.

Pacquiao acknowledged Ugas was the better fighter that night, even as his camp claimed the Filipino senator appeared to have over-trained for the bout after suffering cramps early in the bout.

Days after the Pacman healed from the bruises he suffered at the hands of his tormentor, Pacquiao began singing a different tune, and noted Ugas couldn’t ‘have touched me,’ if both his legs had not tightened up.

Pacquiao added he’s not closing the door on a rematch offered him by Ugas shortly after their August 21 meeting. 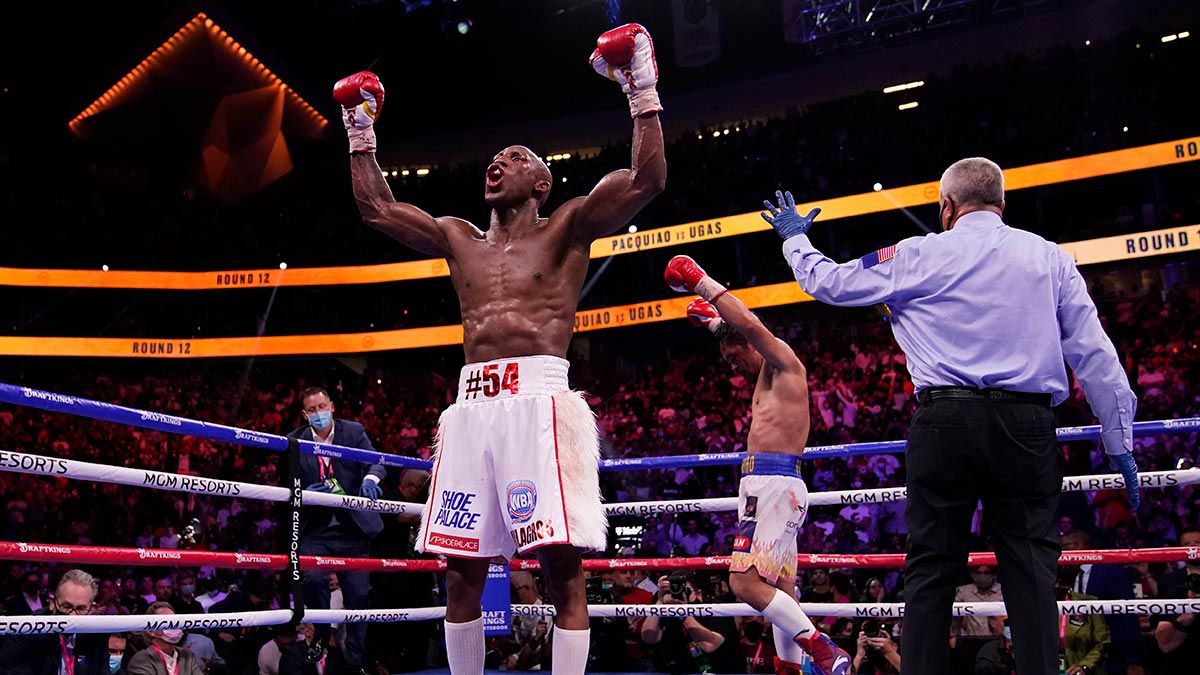 Ugas said a return bout with the boxing icon is definitely a welcome one.

This time too, both fighters will have ample preparation time unlike in their first fight when both of them had to adjust in training in less than two weeks.

“I will be honored to face him again,” said Ugas in a zoom call with BoxingNews. “The main difference is if there’s a rematch, he would have a better preparation for the fight. That would be a very important aspect of the fight.”

Although there were those insisting that Pacquiao won the fight, Ugas knew deep inside who was the better fighter.

“The fans can think what they want, but I’m convince I was the best in the ring, and I’m happy about that,” said the Cuban.