EVEN for a brief moment, world champion Jerwin Ancajas got to experience how one of the most elite military units gets in shape.

The reigning International Boxing Federation (IBF) super-flyweight title holder joined the Naval Special Operations Group (NAVSOG) of the Philippine Navy in training and found out how difficult it is to become a member of the so-called Special Warfare Group.

Ancajas did the same drills the Navy Seals do such as deep-knee bends with boat, rolling left and right, duck walks, push ups, and jumping jacks.

And even for a world champion, it wasn’t easy.

Somehow, the 28-year-old native of Panabo, Davao Del Norte managed to complete the highly intense physical workouts since he remains in condition even during the quarantine period the last four months.

Ancajas, who sported a semi-bald hair, initially had a hard time following the drills but eventually settled down and finally got into rhythm.

At the end of Tuesday’s proceedings, Ancajas was given a certificate of acceptance as honorary member of NAVSOG after "surviving the reception of Basic Underwater Demolitions SEAL Course 82." 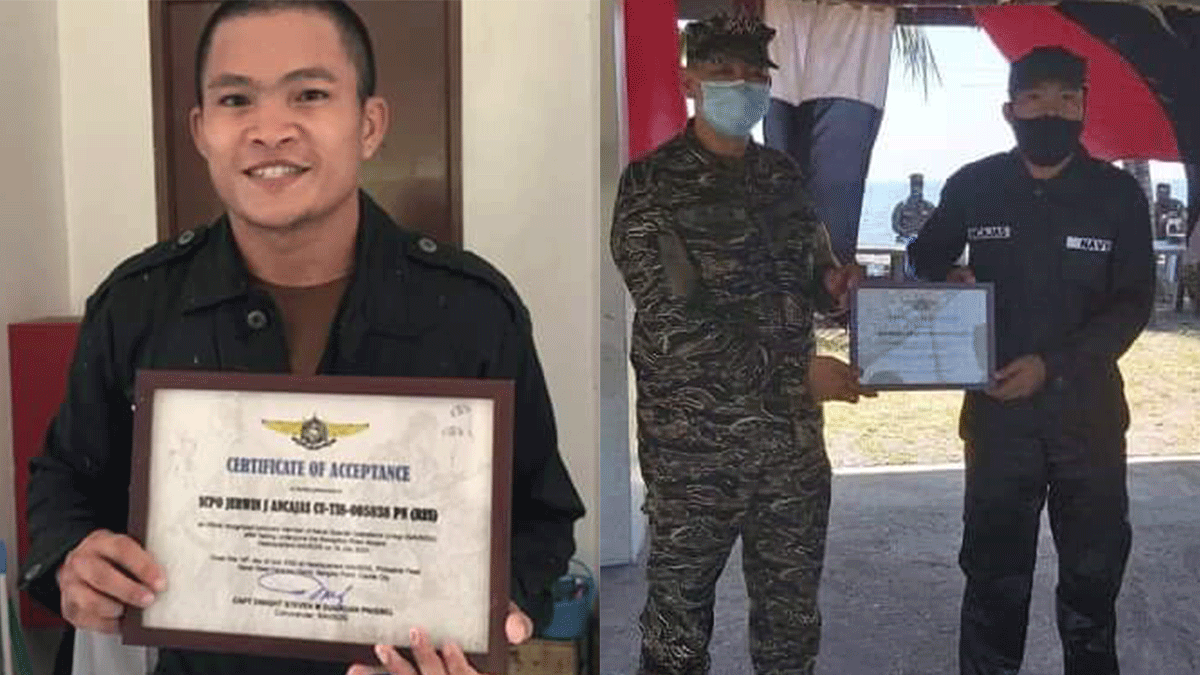 Now its back to what Ancajas loves best.

The Filipino (32-1-2, 22 KOs) is currently preparing for his next title defense of his 115-pound belt against Jonathan Rodriguez of Mexico in a fight Top Rank and Manny Pacquiao (MP) Promotions are eyeing for a September date in Las Vegas, Nevada.