HOLLYWOOD – Buboy Fernandez said she’s the only lady so far who was able to keep up with Manny Pacquiao in both the uphill and downhill path of the well-known Griffith Park during the boxing hero's regular morning runs at the eastern end of the Santo Monica Mountains.

So it wasn’t surprising that Marites Diamond emerged one of the top two winners in the weight loss contest the boxing great initiated among women members of Team Pacquiao while he’s in the middle of his training for a second fight against Timothy Bradley.

The lovely lady was US$8,000 richer along with Angelica after both lost eight percent of their body weight prior to the start of the novelty contest three weeks ago.

Pacquiao personally handed out the cash prizes to the winners in his LA mansion on Sunday.

An accountant based in San Francisco for 20 years now, Marites was beaming with pride after being declared the winner on the day her daughter Ashlyn turned 10.

“I dedicated this win to her. Nagkataon pa na birthday niya ngayon,” said Marites, who was also accompanied by her husband. 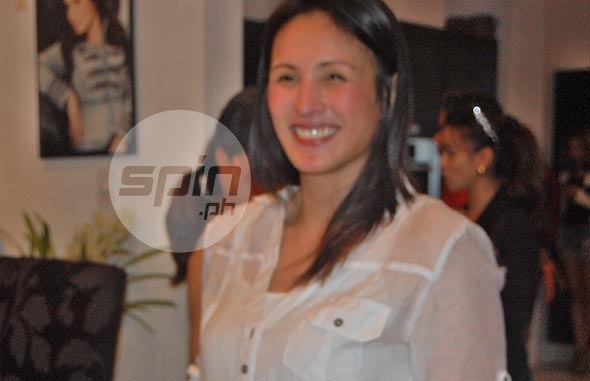 But Fernandez, who had been a friend of Marites and her hubby for a long time now, attested to how physically gifted she is, recalling the incident where she jogged side-by-side with the 35-year-old Pacquiao one cold morning of last month.

Pacquiao later lauded all those who participated in the contest that numbered 32 in all.

“Congratulations sa inyong lahat. This is not just about money, but about having a healthy body,” he said in his short message warmly greeted by dozens of visitors.