DUBLIN — The boxing promoter helping to arrange the all-British heavyweight fight between Tyson Fury and Anthony Joshua is the subject of dialogue between authorities in Ireland and the United Arab Emirates because of his links to organized crime.

Daniel Kinahan, an Irishman currently based in the UAE, was name-checked on three occasions by Fury when the WBC champion announced Wednesday he had reached an agreement with three-belt titleholder Joshua for a fight in 2021.

The High Court in Dublin previously named Kinahan as a senior figure in an organized crime gang involved in international drug-trafficking operations and firearm offenses, the British Press Association reported.

"I was taken aback by Tyson Fury and his video and dropping in that name you mentioned," Irish Prime Minister Leo Varadkar told parliament on Thursday (Friday, Manila time) in response to remarks from another party leader, Labour's Alan Kelly, about Kinahan's involvement in the Fury-Joshua deal.

"While I cannot comment on any particular garda (Irish police) operation," Varadkar added, "I can certainly assure you that there has been contact between (Ireland's) Department of Foreign Affairs and the authorities in the United Arab Emirates about that matter." 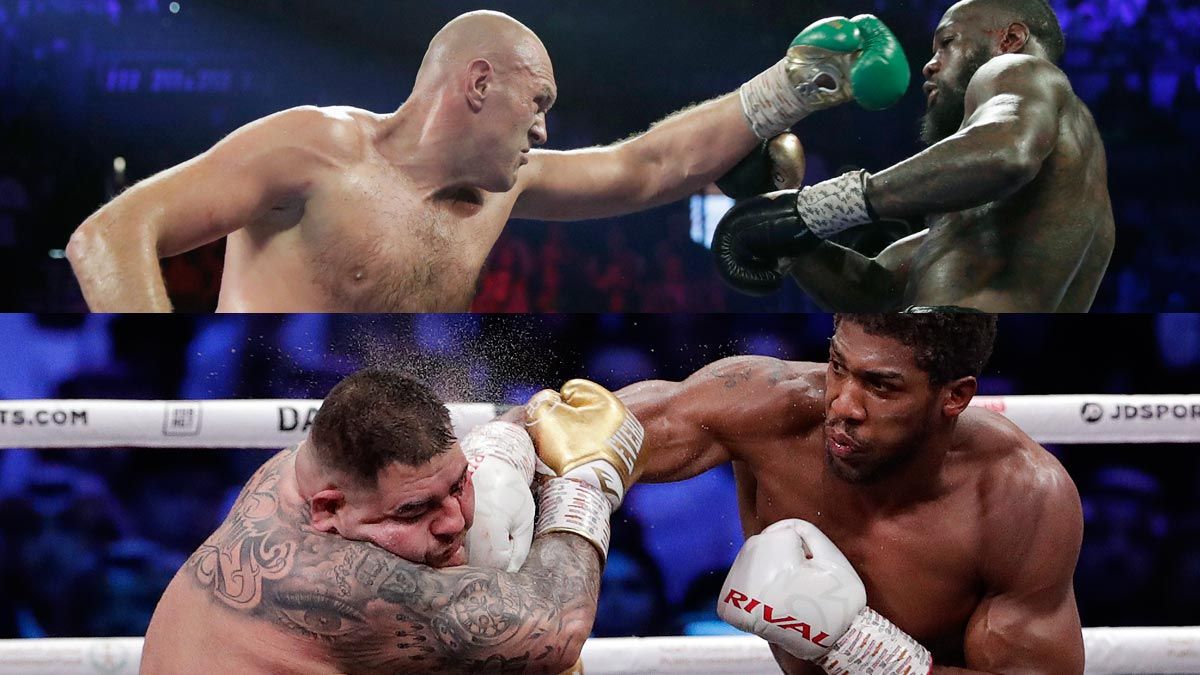 Kinahan is one of the founders of MTK Global, a management company that represents Fury, and was recently hired as special adviser to the Prince of Bahrain's sports organization, KHK.

Fury has previously posted a picture on Twitter of himself with Kinahan. On Wednesday, he thanked Kinahan for fixing the proposed two-fight deal with Joshua in a video posted on Twitter.

"Just got off the phone with Daniel Kinahan. He has just informed me that the biggest fight in British boxing history has just been agreed," Fury said. "Big shout-out, Dan. He got this done, literally over the line."

Kelly said Kinahan has "rebranded himself in the Middle East as a boxing promoter."

"There is an individual from our country who is, according to the High Court, a very senior figure in organized crime on a global scale," Kelly said in parliament on Thursday as he called for the Irish government to intervene. "According to CAB (Criminal Assets Bureau), he has controlled and managed operations of the Kinahan organized crime group for some time."

The Associated Press contacted the CAB about Kinahan and was referred to the Irish police, who responded by saying they don't comment on specific individuals and followed with a generic statement about "known criminal organizations."

Another lawmaker, Neale Richmond, said he has written to potential broadcasters of the Joshua-Fury fight to "make sure they are aware of who Daniel Kinahan is and to see if they are comfortable working with him."

"Anthony Joshua versus Tyson Fury is going to be one of the biggest boxing matches of the next decade. It's huge, and as a sports fan, I'm absolutely enthused by it. However, I'm not enthused by the fact that Tyson Fury cited Daniel Kinahan three times in the announcement of the fight," Richmond said in a video message posted on Twitter.

"Daniel Kinahan, as we've learned in a sworn affidavit to the High Court last month, is a criminal mastermind behind one of the biggest drug feuds and drug operations in the country. It's extremely worrying that he's involved in this bout."

The Irish Daily Star newspaper said in its Thursday edition it will not be covering the Fury-Joshua fight because of Kinahan's involvement.