A FORMER head of the Kapisanan ng mga Broadkasters ng Pilipinas (KBP) has hit out at TV5 for what he termed as the 'malicious splicing' of the video that showed beleaguered boxing hero Manny Pacquiao making his controversial stand on same sex marriage.

Over the past two days, netizens have been reposting the full text of the interview given by Pacquiao to TV5's 'Bilang Pilipino' election program, which has seen the Filipino boxer come under fire for an affront against the LGBT community and caused him to lose a sponsorship deal with Nike.

Pacquiao is shown on the video saying he considers people in same-sex marriages as 'worse than animals.'

However, some netizens were able to secure a full broadcast copy of the video, wherein Pacquiao immediately defended his stand on same-sex marriage while expressing his support for same sex relationship.

"Hindi talaga pwedeng magpakasal ang lalaki. Pero I am not condemning them, 'yung marriage lang, yung committing sin against God," Pacquiao can be heard saying in the latter part of the video which was missing from the 28-seconder released by TV5.

One Pacquiao fan even criticized TV5 in a YouTube post, where she released the full script of the interview.

Mario Garcia, a professor who used to be the national president of the KBP, was clearly not happy with how the video of Pacquiao's interview was spliced and eventually lost its context. 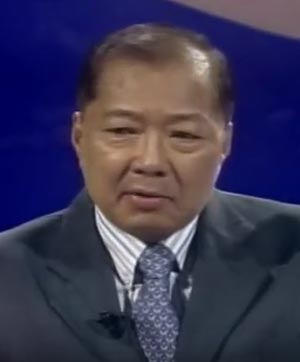 Garcia also challenged TV5 and the producers of 'Bilang Pilipino' to release the full video and investigate who were behind the splicing of the now viral video.

"Dapat (magimbestiga sila) at (magpaliwanag sila) bakit na-cut at bakit inedit out of context," said Garcia, who is also a broadcast professor at Manila Times College.

No official statement has so far been released by TV5 officials, nearly a day after the full text of Pacquiao's statement was reposted by angry netizens.