COULD this be it?

While it appears the topic may be taboo to members of Team Pacquiao, there’s the general feeling among themselves everything is coming to an end as the curtain is about to fall on Manny Pacquiao’s legendary boxing career.

As the 42-year-old Pacquiao returned to the Philippines after a failed bid to wrest the WBA welterweight championship from Yordenis Ugas, a feeling of uncertainty naturally engulfed an entourage that grew by the years, from a mere four-man team when Pacquiao was still fighting in four-round bouts, to more than a hundred at the peak of the Filipino fighter's popularity.

Now that it appears everything is coming to an end, it’s understandable there’s a tinge of sadness to those who have been part of the journey through good times and bad. 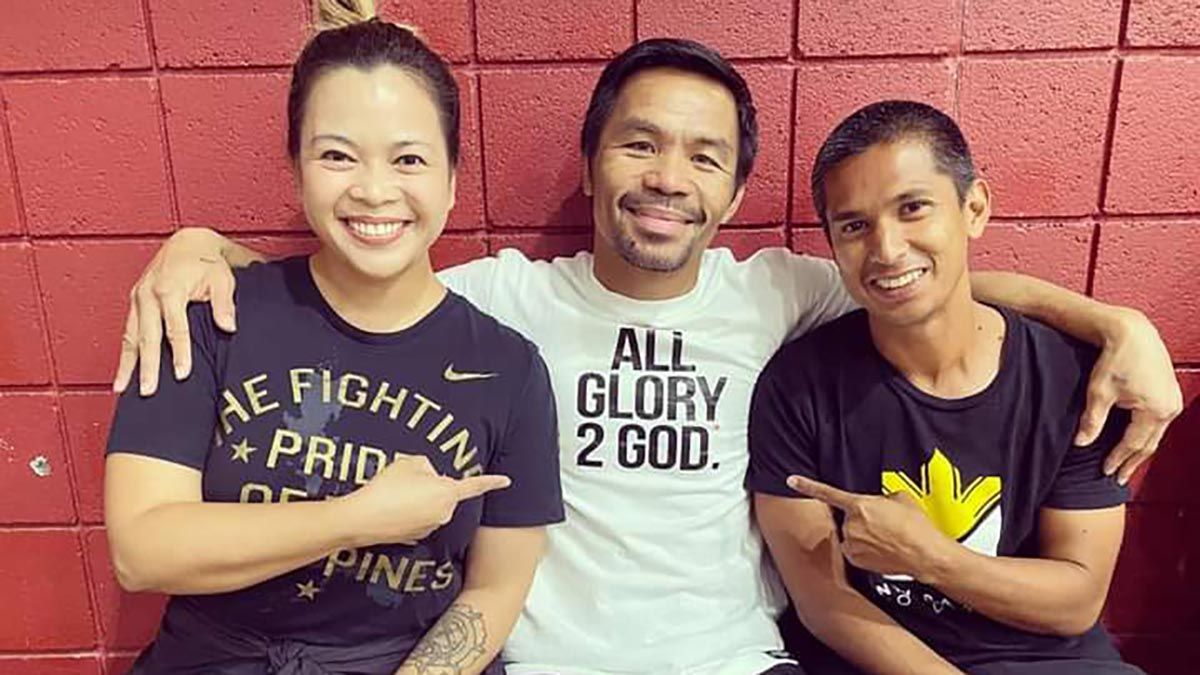 Roger ‘Haplas’ Fernandez, one of Pacman’s trusted personnel and part of his training staff, also felt the same, especially whenever the group was having a good time in training camp preparing for a fight.

Both Homo and Fernandez are part of Team Pacquiao’s inner circle which had personal access to the boxing champion and who plays a major role in his life.

But there are also a number of US-based Filipinos who managed to break into the circle and get to work with the ring icon in whatever capacity. 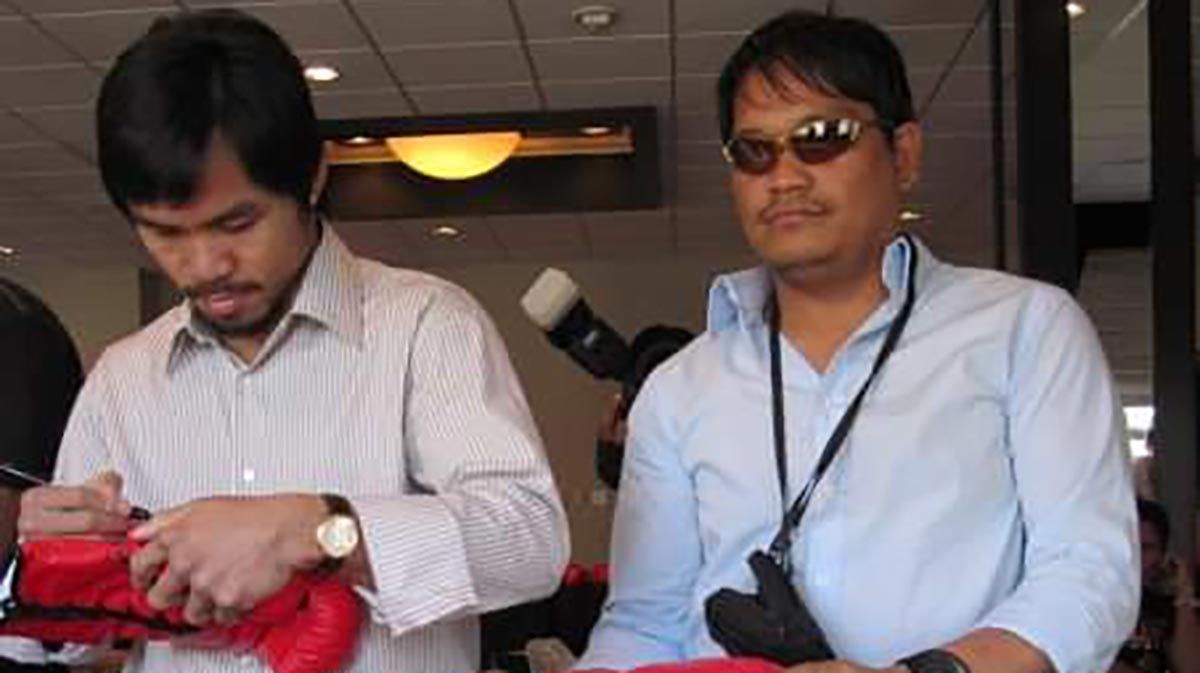 James Taruc is one of them as he serves as a running mate of Pacquiao in training camp, both in Los Angeles and Las Vegas.

Along with his partner Lady Bernal, the two are among the most accommodating staff of the group who makes sure everything are efficient in a camp that has earned a reputation throughout the years for being disorganized.

James was quick to reflect on the relationship he and Bernal forged with Pacquiao since coming on board in 2009 through his sister Michelle Taruc, a good friend of the Pacquiao couple, Manny and Jinkee.

“Honestly, it would be bittersweet just because it has been a great journey since 2009 to see Manny Pacquiao train and be able to build our relationship physically and spiritually especially in training camp,” said the Quezon City-born Taruc, who has been based in the US for more than three decades now.

“I am very grateful, honored, and blessed to have helped serve MP’s team from running alongside with him, to handling anything needed for his training camps. I am thankful for his trust in us with Team Pacquiao.” 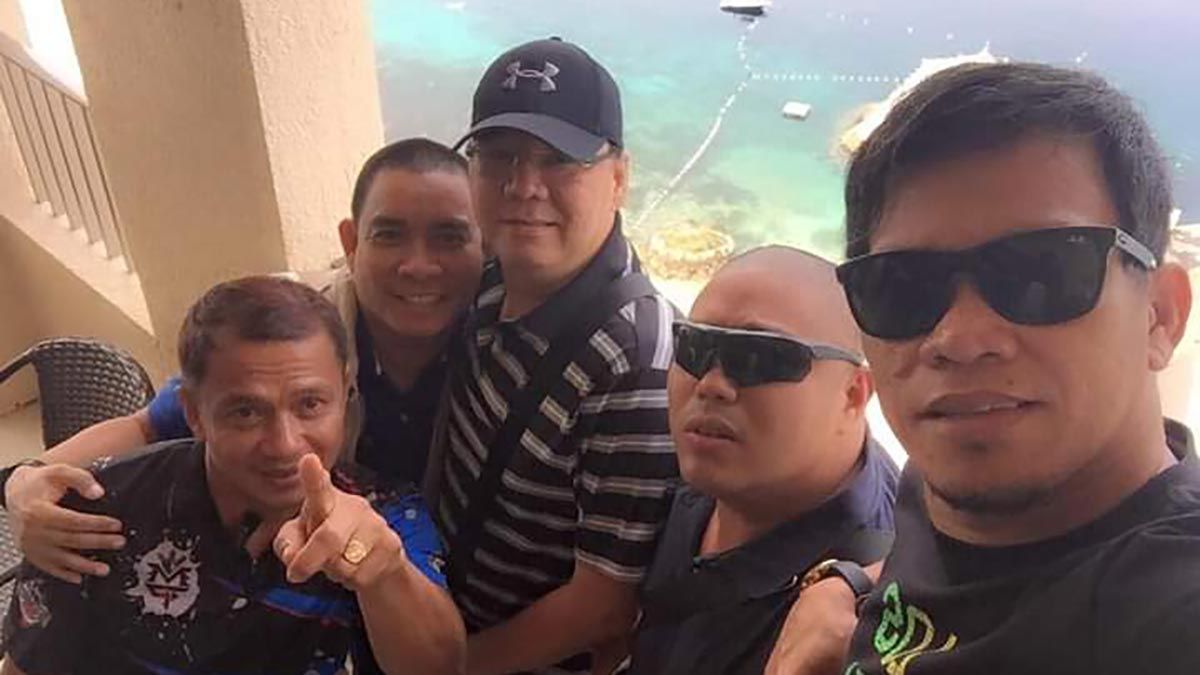 Taruc serves as coach at Los Angeles Volleyball Academy and an entrepreneur at Yoli Better Body System, while Bernal, who has been based in the US since 1991, is a Double Diamond Executive in the same firm.

While everybody has come to terms with Pacquiao finally walking into the sunset, they were also expecting the 42-year-old fighter to exit in a blaze of glory during his recent fight at the T-Mobile Arena in Las Vegas.

Only for Ugas to play the spoiler’s role.

Although the Filipino senator mentioned in passing he’ll consider a rematch, everything depends on his political plans, especially with talks getting louder about him seriously seeking the Philippine presidency in next year’s national elections.

While a farewell fight seemed only fitting, Homo, Fernandez, and Taruc won’t mind if they’ve indeed seen one of the greatest boxers of all-time fight in the ring for the last time.

Homo, a former member of the Philippine Army, feels the same way, saying he would respect whatever decision Pacquiao makes for his ring career.

Pacquiao is one of a kind

Taruc, for his part, vouches for Pacquiao’s sincerity as a person and willingness to help, attributes which he believes could help propel the senator to Malacanang.

“With regards to his political plans, I would say that God has plans for him to be seated as President because he has the heart for serving the people, especially the less fortunate,” he said. “He is very aware on what is needed for the country.”

Still there’s nothing like the good old days when Pacquiao was on top of the world.

And for them, there would never ever be another Manny Pacquiao, both as a boxer, a person, and a friend.

“I do feel that we will never experience this again, and every day was a moment within itself,” said Taruc. “Manny Pacquiao is one of a kind.”