[Editors' note: With this piece, SPIN.ph bares the sixth member of our Top 10 Sports Heroes of 2017 leading up to the announcement of our 2017 Sportsman of the Year]

GOOD thing Joven Jimenez followed the advice of a friend when he was first offered to train a young but troubled boxer from Panabo, Davao del Norte a few years ago.

Jimenez already had his own boxing stable by then, although he was really more into recruiting former national team members and preparing them for the jump to the pro ranks.

Understandably, he was a bit hesitant when fellow trainer Romeo Desabille approached him about taking under his wings an upcoming pug by the name of Jerwin Ancajas.

Desabille has been the boxing coach of Ancajas since he was nine years old. The kid was among the products of the Barangay Una boxing program of then congressman Antonio ‘Tonyboy’ Florendo.

It didn’t help, either, that Ancajas career was going nowhere. The teen had a lot of success in different regional meets, including the National Youth Boxing Championships in Panabo in 2004, but enjoyed the company of his friends more than the rigors of gym work.

Ancajas' reputation gave the trainer all the more reason to decline.

Then the call came.

A boxing figure – which Jimenez refused to name – talked to him upon learning that Ancajas' willingness to train under him. Right there and then, Jimenez was convinced by the guy to take a gamble on the former amateur standout. 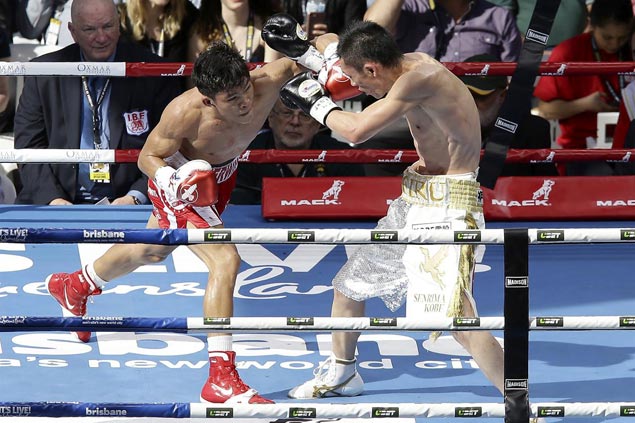 Instead of going home, Jimenez got himself some cash and went straight to the airport for a flight that took him to Davao.

That was in 2010. Six years after, the words turned out to be prophetic.

Ancajas shot to the top of the world on the night of Sept. 3, 2016 when he won the International Boxing Federation (IBF) junior bantamweight title following a 12-round unanimous decision against McJoe Arroyo of Puerto Rico at the Philippine Marine gymnasium in Taguig.

His fight against Kinoshita even served as the main undercard in the Manny Pacquiao-Jeff Horn World Boxing Organization (WBO) welterweight title match, where a record crowd of 55,000 watched at the outdoor Suncorp Stadium.

Despite not being impressed the first time he met Ancajas (28-1, 19 KOs), Jimenez described the boxer, now based in Cavite, as ‘special.’

“Special yung talent ni Jerwin sir, at tsaka matapang na bata,” he said, noting Ancajas, whose older brother Jessar is also a pro, is among the most technically-gifted boxers he ever trained.

Still, all is not a bed of roses on their way to the top.

Little by little, Ancajas is beginning to earn his keeps. He now fights under the Manny Pacquiao (MP) Promotions and recently, was signed to a lucrative, six-deal, two-year contract by Top Rank.

Looking back, Jimenez can’t believe he and Jerwin would go this far together. 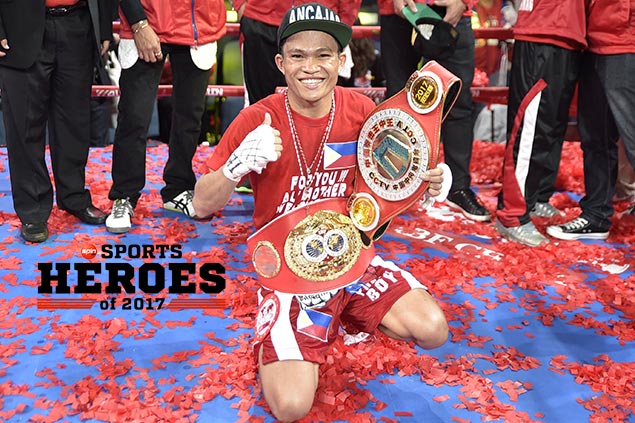 Just like the opportunity given him by that one call six years ago.