CHICAGO - At a reported 250,000 buys, the pay-per-view sales for the WBA welterweight title fight between Manny Pacquiao and Yerdonis Ugas last Sunday in Las Vegas didn't turn out to be so robust.

It's a small drip from a proven box-office faucet that is PacMan, who for years has generated millions of pay-per-view buys while headlining a Sin City boxing extravaganza.

It also wasn't completely unexpected given that the original main event co-combatant, Errol Spence, backed out 11 days before showtime.

"Nobody knew who he was," former Pacquiao promoter Bob Arum said of Ugas. 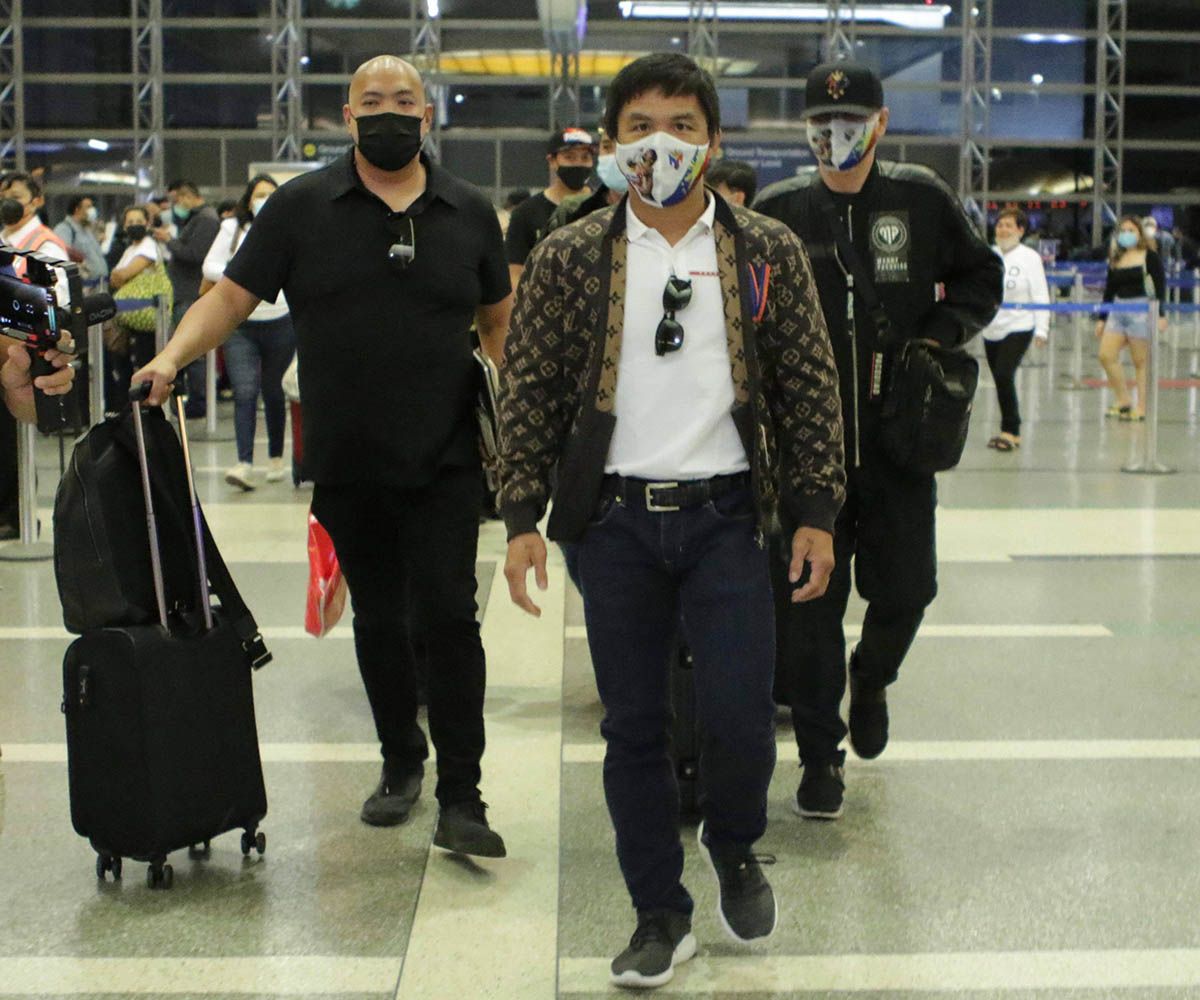 So how much compensation will the fighting senator reap for 12 rounds of hard labor?

Well, he already pocketed a guaranteed $2.5 million purse, reportedly slashed in half from the $5 million amount that was pegged for the Spence showdown, a source told me.

The pay-per-view is an added revenue stream.

A lawyer in Pacquiao's camp told me their team had negotiated a 70 percent upside on all pay-per-view buys. If this were true, Manny's share is potentially $13.1 million.

What is more likely, however, is that Pacquiao's PPV share will be taken from the net buys, not the gross. Which means the promoter, Premier Boxing Championships, will take money on top first in order to recoup its investment.

IF THE BREAK EVEN POINT IS PUSHED HIGHER, THERE'S LITTLE EXTRA MONEY TO BE MADE.

For perspective, the Pacquiao-Thurman fight in July 2019 sold 400,000 units. And the break even number for that one was 250,000 buys, another Pacquiao lawyer familiar with these negotiations told SPIN.ph.

Either way, "the senator had a very good deal," said Sean Gibbons, the president of Manny Pacquiao Promotions.

It's hard not to believe Sean, who actually had eyes on the signed contracts and was in every meeting pertaining to finances. He would have red-lighted any deal that would be disadvantageous to the sport's only eight-division champ.

"We just ended up with a terrible opponent in the end. We would have been better off with Spence. What a terrible break," Gibbons said.

"I took a calculated risk. I thought that even at 42 years and eight months old the senator would get the job done. But the 25 months out of the ring and the long awkward style of Ugas turned out to be more difficult for the senator than it showed on tape of Ugas fighting. Still thought the fight was very close and could have gone either way," Gibbons explained.

So why take on Ugas on short notice when Pacquiao could have just walked away?

Packing up would have canceled the card entirely, something Manny didn't want to happen. Besides not allowing so many people to lose their paychecks, it wasn't ideal for Pacquiao to stretch his ring inactivity any further.

"We were all happy to choose Ugas. Never thought of anyone else," Gibbons surmised.

It simply didn't work out and Pacquiao said it best, "that's boxing."

What about a rematch with Ugas.

Gibbons, if it were all up to him, would rather say no.

"We should have, in hindsight, not fought Ugas the first time, let alone again."

Even in defeat, Pacquiao proved that he is still a draw by filling the T-Mobile Arena with 17,438 fans. It wasn't his fault that the wiry, sneaky Cuban had a zero fan base to help with PPV sales.

No one knows if he will ever climb that ring again.

But if Manny Pacquiao does, the stage is still his.